The Changing Of The Guard In US-Israel Relations 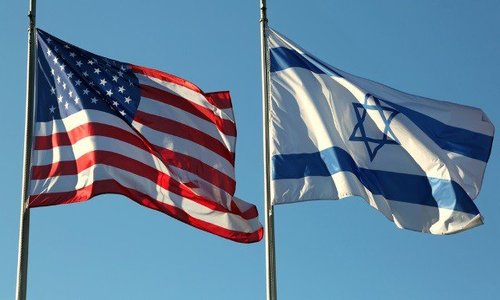 By Alex Traiman/JNS.org January 22, 2021
Share this article:
Like many American policies now expected to undergo an about-face following the inauguration of 46th President Joe Biden, U.S.-Israel relations may be gearing up for a great reset.
The past four years featured punishing sanctions on an Iranian regime that openly calls for the destruction of Israel, while pursuing nuclear weapons and ballistic missiles, and funding malign terror activity across the region all the way up to Israel's borders.
Yet many of the senior members of Biden's incoming diplomatic and security team were the authors, negotiators and supporters of the original Iran nuclear deal in 2015--the Joint Comprehensive Plan of Action (JCPOA)--that provided Iran with $150 billion. It was a deal that Israel ardently opposed.
For Israel, Iran remains the most important national security concern. No other issue even comes close.

The Trump administration had an unprecedentedly close relationship with Jerusalem and worked hand-in-glove with the Netanyahu administration to overturn long-held U.S. policies that had not contributed towards peace. Together, Trump and Netanyahu ultimately changed the course of the region.
Working together with Jerusalem, the U.S. administration recognized Israeli sovereignty in its capital city of Jerusalem and the strategic Golan Heights, held the Palestinian Authority accountable for the failure to end the intractable Israeli-Palestinian conflict, declared that suburban housing across Jewish settlements in Judea and Samaria was not illegal, and protected Israel from systemic anti-Israel bias at the United Nations.
The results were astounding. Terror attacks in Israel sank to all-time lows with Palestinians themselves holding their own corrupt kleptocracy led by Mahmoud Abbas accountable for their lower standards of living.
Create a better experience for your attendees and less stress for your team. You’re just minutes away from building engaging online events with the best webinar platforms.
Yet most impressively, American policy culminated with the signing of four separate normalization agreements between Israel and states across the Middle East and North Africa--the United Arab Emirates, Bahrain, Morocco and Sudan--and paving the way for future agreements already being negotiated.
U.S. Ambassador to Israel David Friedman
This week, Netanyahu praised outgoing U.S. Ambassador to Israel David Friedman, a longtime Trump ally and adviser, for his role in advancing Israel's position in the region. A major component of Friedman's success was his direct line to the president.
"I must say that over the years, I have met many ambassadors from many countries, including from the U.S., our great ally, but I can say that there was never a better ambassador than David Friedman in establishing the deep ties between Israel and the U.S.; in correcting the diplomatic injustices that were created over the years in global diplomacy regarding Israel, and in establishing the status of Jerusalem as the capital of Israel, and many other things some of which have yet to be told," stated Netanyahu.

Those sentiments are shared by Israel's right- and left-wings, by those who support Benjamin Netanyahu in his upcoming re-election bid, and by those who vehemently oppose Israel's longest-serving prime minister. Across the spectrum, Israelis recognize that regardless of Trump's performance in other areas, his pro-Israel bona fides were beyond dispute and greatly appreciated.
Israeli Ambassador to the U.S. Ron Dermer
Meanwhile, Friedman's counterpart, Israeli Ambassador to the United States Ron Dermer, has not received the same superlative sendoff, despite his sterling diplomatic record during eight often-difficult years in Washington.
In a tasteless hit piece on Dermer published by The Times of Israel, head of the progressive lobby J Street Jeremy Ben-Ami claimed that "Ambassador Dermer's tenure sadly set back both the U.S.-Israel relationship and the relationship between Israeli and American Jews. His determination to act as a partisan operative, aligning Prime Minister Netanyahu's government with the Republican Party, seriously angered and alienated many leading Democrats."
For Ben-Ami and many Democrats, Dermer's tenure will not be measured on the merits of his vast accomplishments for Israel and the greater U.S.-Israel alliance, but rather, based on his intense loyalty to his mentor, Netanyahu, and his strong working relationship with the now-toxic outgoing Trump administration.
Dermer played an outsized role behind the scenes in nearly every major diplomatic accomplishment, including the negotiations of the Abraham Accords.
Perhaps surprising to most, one of the key foundation blocks of the Abraham Accords was also an accomplishment of Dermer's: organizing Netanyahu's public opposition to the JCPOA Iran nuclear deal via a controversial address to a joint session of Congress in March 2015.

Then-president Obama's support for the deal, which would embolden and enrich Iran, sent Gulf states scrambling for reliable allies in the sudden absence of the United States. Netanyahu's bold opposition demonstrated that Israel would place its vital security interests and those of the entire region well above any other partisan interests in a divided Washington.
The results of Dermer's numerous accomplishments are virtually all irreversible and will strengthen the Jewish state for decades to come, including the negotiation of a $38 billion, 10-year MOU in September 2016 to provide for Israeli military needs. That MOU was signed directly with the same Obama administration that claimed to have been so insulted by the speech just a year-and-a-half earlier.
For Netanyahu, Dermer has been an irreplaceable asset.
In a video celebrating the end of Dermer's tenure as ambassador during a private session of the Conference of Presidents of Major American Jewish Organizations, obtained exclusively by JNS, Netanyahu praised his close adviser and associate.
"I can tell you unequivocally that among some extraordinary people who served in that post, none has been better than Ron Dermer," stated Netanyahu. "I am choosing my words carefully because I think he's been an extraordinary ambassador. What he did for Israel, what he did for the Israel-American alliance, what he did for all of us is something that is not widely known, at least not in Israel."
The prime minister, who noted that his own diplomatic career started as deputy chief of mission under then Ambassador to the United States Moshe Arens, said that Dermer "fought for Israel's interests whether it be on questions like Iran that are terrifically important for our future, our survival, whether it is to bring Jonathan Pollard home ... whether it is the peace treaties that have changed history. Ron has been a crucial and central figure in all these efforts, and so many others. I cannot begin to list them. They are truly innumerable ...
"Ron has left an indelible imprint on Israeli diplomacy, on these defining years in Israel's history," he said.
Intersectionality and race
Yet the left in both Israel and the United States see it differently.
The TOI hit piece went on to quote an anonymous "Democratic Party operative" in stating that, "You cannot overstate the impact that [Netanyahu's speech to Congress] had. I still hear from members of the Black Caucus to this day who are sure that Netanyahu and Dermer would not have done that to a white president."
Like so many other critical issues, Israel's vital security interests are now dangerously conflated with issues of affiliation, intersectionality and race.
On Tuesday, Rep. Rashida Tlaib (D-Mich.) ranted on the Democracy Now! Television program that:
"I think it's really important to understand Israel is a racist state and that they would deny Palestinians like my grandmother access to a vaccine, that they don't believe that she's an equal human being that deserves to live, deserves to be able to be protected by this global pandemic. And it's really hard to watch as this apartheid state continues to deny their own neighbors, the people that breathe the same air that they breathe, that live in the same communities ... a free life, free from these oppressive policies, these racist policies that deny them access to public health, deny them access to freedom of travel, deny them access to academic opportunities."
Just a few years ago, amid the surprising momentum of the Trump administration's Mideast policies, Tlaib and her ideas were considered to align at the fringe of the Democratic Party. They represent just the latest in centuries of anti-Semitic canards and the more recent biased anti-Israel narrative.
Tlaib's views certainly are not shared by the Gulf States that have now chosen to forego anti-Israel narratives, in favor of diplomatic and commercial normalization with the Jewish State.
Yet today, with the changing of the guard, Israelis and many others in the region are concerned that the Biden administration may align much closer with the inflammatory views of Tlaib, as well as the policies of Obama, who sought to create "daylight" between Washington and Jerusalem, empower Iran, elevate the standing of the Palestinian Authority and isolate Israel in diplomatic forums.
Obama's parting shot is Biden's starting point
The Obama administration's parting shot to Israel in December 2016 was enabling the passage of U.N. Resolution 2334, which claimed that Israeli settlements represented a "flagrant violation of international law." At the time, Israel accused the United States of authoring the resolution behind the scenes before abstaining during the voting to allow the unprecedented resolution's passage.
Just this week, U.N. Secretary-General António Guterres called on Israel to "halt and reverse" plans to build nearly 800 new homes in Judea and Samaria. In his statement, Guterres called Israel's suburban housing "a major obstacle to the achievement of the two-state solution, and a just, lasting and comprehensive peace," adding that "the establishment by Israel of settlements in the Palestinian territory occupied since 1967, including East Jerusalem, has no legal validity and constitutes a flagrant violation under international law."
In other words, the parting shot of an Obama administration appears to be the starting point of the Biden administration.
Israel and America were privileged to work closely together during four highly productive years, led in large part by the efforts of Friedman and Dermer. Never before have the two countries simultaneously had ambassadors able to loyally carry out the mutually aligned policies of their respective leaders.
Yet now, with the changing of the guard, Israelis rightfully worry that the incoming Biden administration will seek to reset the relationship and attempt to undo the progress that has been made and diplomatic achievements Israel recorded, simply because they arose from the wrong administrations.
Originally published at JNS.org - reposted with permission.