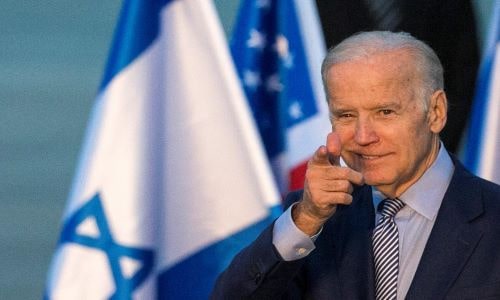 By Adam Eliyahu Berkowitz/Israel 365 News January 25,2021
Share this article:
The change in administration in the US has led to fears that the ICC will renew its criminal case against Israel. If successful, the case, brought by the PLO, would call for European countries to arrest Israeli officials who travel outside the Holy Land.
ICC: PALESTINE IS A COUNTRY THAT CAN BRING CHARGES
The International Criminal Court (ICC), established in 1998, currently has 123 member states including the "State of Palestine" (a non-existent political entity) but, ironically, not Israel.
In 2015, Palestine asked the ICC to investigate alleged charges of crimes committed on its territory since 2014. Since that time, the Chief Prosecutor, Fatou Bensouda, has conducted a preliminary examination, concluding that basis to believe that crimes have been committed.

The investigation was also to determine whether the "State of Palestine" exists inasmuch as it is necessary to bring charges and whether the ICC has jurisdiction in the case. Part of the consideration is whether Israel conducted a satisfactory investigation into the crimes, in which case an ICC investigation would be deemed redundant.
Suppose you’re planning to invest in some profitable business or maybe about to set up your business in Wyoming. In that case, forming a Wyoming llc is the simplest form of business for you. Having a limited liability co is better as it reduces the owner’s personal liability for company or business debt.
Bensouda's investigation concluded that the "State of Palestine" is "sufficiently state-like" to allow it to bring charges, one of its characteristics being the acceptance if the ICC's authority. She determined that the international community recognizes the entire territory of the "West Bank" (the name given to Judea and Samaria while under Jordanian occupation), including East Jerusalem and the Gaza Strip, as the territory of the "Palestinian state" even though it does not currently exist nor has it ever existed before in history.
ICC: ISRAEL MUCH WORSE THAN HAMAS
The investigation acknowledged deliberate attacks by Hamas and other Palestinian factions in Gaza against Israeli civilians, the use of human shields, depriving protected persons of the rights of fair and regular trial, and willful killing and torture or inhuman treatment and/or outrages upon personal dignity.
But the investigation recommended bringing charges against Israel for transferring civilian populations to "occupied territory" after 2014. It also accused Israel of disproportional attacks during Operation Protective Edge in 2014, which, according to international law, are attacks against military objectives that are expected to cause incidental loss of civilians which would be "excessive in relation to the concrete and direct military advantage anticipated".

The charges were expanded to include the possibility that disproportionate force was used to disperse demonstrations along the Gaza border fence, beginning in 2018, to the point that constitutes an international crime.
The investigation could lead to the filing of charges and the issuance of arrest warrants against top government and military figures in Israel. As the ICC does not have a police force, the 123 member states would be required to enforce any ruling.
THE ICC AND OBAMA, TRUMP, AND NOW BIDEN
These ICC investigations have been rejected as illegitimate by former Obama Administration officials in charge of ICC and detainee issues and by over 330 Members of Congress from both parties, as well as by the Trump Administration.
The Trump administration sanctioned several court officials including Bensouda over ICC  allegations of war crimes committed by US troops in Afghanistan as well as the pending case against Israel. At the same time, Trump orderd the closure of the Palestinian Liberation Organization Mission in Washington as per a provision in a US law that says the PLO mission must close if the Palestinians try to get the International Criminal Court to prosecute Israelis.

Biden has largely remained silent about his intentions in this issue though some pundits suggest the ICC is waiting for approval from Biden in order to pursue the case against Israel.
Bensouda is at the end of her nine-year term as the prosecutor of the ICC. The office has come under criticism for the investigation described above as well as the fact that since the ICC began in 2002, it has spent some $2 billion to achieve eight convictions. just four of them for major crimes. Also, in a 2018 survey, half of the ICC staff said they had been victims of discrimination, sexual harassment, or other abuse.
The top candidate to replace Bensouda is Fergal Gaynor, currently a leading external advocate of the ICC cases against the US and Israel.
Originally published at Israel365 News - reposted with permission.