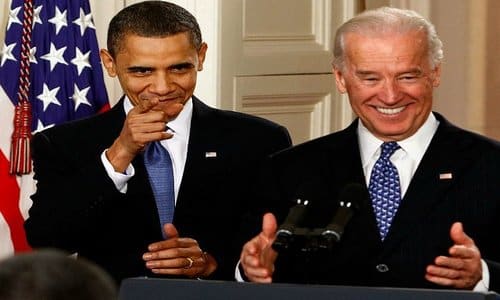 By Melanie Phillips/JNS.org February 08, 2021
Share this article:
Some people are fretting that U.S. President Joe Biden has not yet picked up the phone to call Israeli Prime Minister Benjamin Netanyahu. They worry that this may betoken a new coolness by the United States towards Israel.
To which one can only wonder: What planet are such people living on?
For Israel scarcely needs the absence of a phone call to tell it that it has a grave problem with the new occupant of the White House.
The Biden administration has resumed funding UNRWA, reopened the Palestinian mission to Washington and recommitted itself to the "two-state solution." It has thus re-empowered the Palestinians' agenda of demonizing and blackmailing Israel in order to destroy it, and afforded the Palestinians status while they do so.

It has also said it wants to return to the disastrous 2015 Iran nuclear agreement, brokered by former President Barack Obama, whose terms allowed the regime to obtain nuclear weapons with only a short delay while enabling money to pour in to fund its war against Israel and the West.
Although the administration is currently saying that Iran must first return to "full compliance," the regime's continuing breach of that deal by increasing its number of advanced centrifuges to enrich uranium suggests it believes that America will soon cave in.
This is doubtless, due to Biden's instant moves against Iran's foes in the Gulf. These moves include America's "temporary" pause on the sale of F-35s to the United Arab Emirates and its "re-examination" of the Trump administration's designation of the Iran-backed Houthis in Yemen, against whom Saudi Arabia is fighting, as a terrorist organization.
Even more telling are some of Biden's appointments. The new American envoy to Iran, Robert Malley, whitewashed Yasser Arafat's duplicity at Camp David and, as Sen. Tom Cotton (R-Ark.) has observed, "has a long track record of sympathy for the Iranian regime and animus towards Israel."
More sinister yet is the appointment of Maher Bitar as senior director of intelligence at the National Security Council. A long-standing anti-Israel activist, he spent years promoting the BDS movement and its campaigns. As a student in 2006, he was on the executive board of the poisonous Muslim Brotherhood-linked Students for Justice in Palestine, which hounds Jewish students on campus and disseminates anti-Semitic propaganda.
As Daniel Greenfield pointed out on FrontPage.org, while studying in Britain at Oxford's Refugee Studies Centre, Bitar wrote in a paper that Israel's "political existence as a state is the cause for Palestinian  dispossession and statelessness."
In other words, far from advocating a two-state solution, Bitar thinks that Israel--America's key ally in the Middle East--should not exist at all.

Yet this individual will now handle some of the most heavily classified intelligence available to the United States. He will decide what information America's intelligence community shares with foreign intelligence services.
As Greenfield observes, given the way the Obama administration spied on Israel when the NSA eavesdropped on Israeli leaders' communications during the run-up to the Iran nuclear deal, there is now a real danger that under Bitar, America may obstruct Israeli efforts to curtail the Iranian nuclear program.
Israel is therefore staring at an administration that is an active threat to its security--so much so that Jerusalem must surely be concluding that it can no longer share its most sensitive intelligence with the United States.
At the same time, administration sources have tried to smear a U.S. Jewish cyber expert with the charge of dual loyalty. Anne Neuberger, director of cyber security at the National Security Agency, was appointed by Biden as deputy national security adviser for cyber and emerging technology on the National Security Council.
"National security experts" then told the Mother Jones website of their "concerns" that her family foundation had donated money to AIPAC.
Mother Jones duly saw fit to list the Neuberger family's significant charitable activities in the Jewish community and its connections with AIPAC before reporting these anonymous experts' claim that the Israeli government maintains "an aggressive campaign of espionage against the United States and has a deep interest in U.S. cyber policy."
Yet having deployed the dual-loyalty weapon against a Jewish official, the administration announced that it "embraces and champions" the definition of anti-Semitism developed by the International Holocaust Remembrance Alliance.
The examples involving Israel provided by this definition, including comparing Israel to the Nazis, calling Israel racist and applying a standard to Israel that isn't applied to other countries, have caused Israel-bashing progressive Jews to object to it.
Its adoption by the administration has accordingly delighted Israel-supporting Jews. Yet events have already suggested that it's a meaningless gesture.

In addition to the Neuberger smear, a case in point is the vaccine libel--the claim that Israel is resisting its legal duty to provide COVID vaccines to the Palestinians in the disputed territories. In fact, it has no such legal duty; yet it has indeed provided the Palestinians with vaccines and other equipment to protect against the virus when they have asked for it.
Denying all of this promotes the lie that the Jews of Israel are deliberately helping cause the spread of disease and death among the Palestinians by refusing to make available to them a life-saving vaccine.
It thus plays into the appalling history of anti-Semitic blood libels over the centuries--claims that Jews have poisoned wells, murdered Christians to consume their blood, or otherwise spread death and disease to the world.
This presents Jews as evil, a mortal threat to others and a blight on humanity. It incites the impulse to eradicate such an evil, which over the centuries caused countless massacres, pogroms, and eventually, the Nazi attempt to wipe the Jewish people off the face of the earth. And presenting Israeli Jews as similarly evil fuels exactly the same impulse to destroy them.
Yet Rep. Rashida Tlaib (D-Mich.), who regularly bashes Israel and supports BDS, told a news program: "I think it's really important to understand Israel is a racist state and that they would deny Palestinians, like my grandmother, access to a vaccine, that they don't believe that she's an equal human being that deserves to live, deserves to be able to be protected by this global pandemic."
This odious set of untruths fits the alliance definition of anti-Semitism. Yet the Democrat leadership has made no moves to censure Tlaib or other members of "The Squad" of congresswomen who regularly make anti-Israel or anti-Jewish comments. Instead, the Biden administration has appointed people who sympathize with Israel's anti-Semitic and even genocidal enemies.
Adopting the alliance definition is part of the administration's strategy of sowing mind-twisting confusion to cover its anti-Israel tracks. This strategy has been noted by Alex Joffe of the Begin-Sadat Centre for Strategic Studies at Bar-Ilan University, who says it was a signature of former President Barack Obama's tenure.
He writes that the Biden administration's "blatant and two-faced" approach is "classic Obama." It involves "ample rhetorical support for Israel" intended to fool Democrats and some American Jews, which creates "creates cognitive dissonance and paralysis when actual policies that affect Israel negatively are implemented."
It also involves giving up leverage, such as removing sanctions or resuming funding of organizations like WHO, UNWRA and the Palestinian Authority, but characterizing those moves as a means of regaining leverage through direct engagement.
As some of us always feared about the result of the presidential election, this is indeed shaping up to be Obama's third term. And once again, Israel is on its own in a diplomatic minefield where friends and enemies blur in a nightmarish haze.
Originally published at JNS.org - reposted with permission.