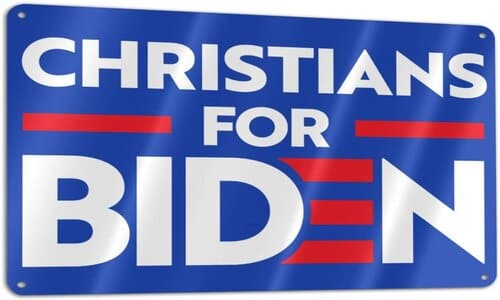 By Tony Perkins/Family Research Council February 23, 2021
Share this article:
Politically, Joe Biden's supporters skew liberal. They are more likely to support abortion, favor liberal policies on gender and sexuality, and oppose limiting the size and scope of government. Of course, this is not surprising.
As a candidate, Biden ran on a liberal platform and attracted the support of people who share his political ideology. But while the political leanings of Biden's voters are clear, what do we know about their faith? A new study is revealing.
Earlier this week, the Cultural Research Center at Arizona Christian University (ACU) released a study examining the faith of the 81 million Americans who voted for President Joe Biden.

According to the report, President Biden's base of supporters is 60 percent less likely to hold a biblical worldview, and although nearly two-thirds (65 percent) consider themselves to be Christian, many of their beliefs are contradictory to traditional biblical teaching.
For example, only 30 percent of Biden voters believe that the Bible is the inspired word of God and is without error. Seventy-two percent believe that a person who is generally good or does good for others will merit a place in heaven. Moreover, 79 percent indicate that having some type of religious faith is more important than which faith a person embraces.
These results, as well as other findings in the study, are important because they not only provide insight into the theological beliefs of the average Democrat voter, they reveal widespread deficiencies and misunderstandings of basic Christian doctrine.
George Barna, who serves as FRC's Senior Research Fellow for Christian Ethics and Biblical Worldview and as the Director of Research at the Cultural Research Center at ACU, oversaw the study and joined Tony Perkins on Washington Watch yesterday to unpack it.
According to Barna, most Biden voters, "believe that the information given to us in the Bible is simply a reflection of ancient cultural wisdom... It's simply a bunch of stories from the old days and you can take what you want from it."

Those who voted for Biden, Barna explained, "Are a group of people who, by and large, say, yes, there is no absolute world truth. There is truth. But the truth is personal. Truth is subjective...truth is changing."
The fact that the average Biden voter rejects the authority of the Bible is not surprising. As mentioned, Barna's report shows that 79 percent of Biden's support base believes that having some type of religious faith is more important than which faith a person embraces.
Of course, theologically conservative Christians believe that the object of one's faith, namely Jesus Christ, is the decisive factor when it comes to faith. If one's faith is placed in a false god or a deficient belief system, that faith is meaningless.
Unsurprisingly, the survey also shows that Biden supporters are largely supportive of views on social issues that are contrary to biblical teaching. For example, 58 percent reject the Bible's teaching on marriage between one man and one woman.
Only 42 percent agree that a marriage should only be between one man and one woman (compared to 69 percent of Trump voters) and 60 percent say that the Bible is ambiguous about abortion (compared to 41 percent of Trump voters).

In short, the post-election study conducted by the Cultural Research Center deserves the attention of every pastor in America. The results are unmistakable: a massive segment of society misunderstands or rejects out of hand orthodox Christian teachings on the authority of Scripture, the exclusivity of the gospel, and the existence of absolute truth.
While the average Biden voter may reject the Bible's authority, 2 Timothy 3:16 reminds us that "All Scripture is breathed out by God and profitable for teaching, for reproof, for correction, and for training in righteousness."
Even though the president's support base largely believes that good works can earn salvation, Scripture says, "For by grace you have been saved through faith. And this is not your own doing; it is the gift of God, not a result of works, so that no one may boast" (Ephesians 2:8-9). And while most Americans believe "having faith matters more than which faith you have," Jesus taught, "I am the way, and the truth, and the life. No one comes to the Father except through me" (John 14:6).
The sobering reality of this new study is that most Americans, including the majority of those who voted for the new president, do not have a biblical worldview.
However, instead of being discouraged, Christians should recommit to teaching others about Jesus and living out their faith. While the mission field presents challenges, we can be assured that Jesus will be with us "even to the end of the age" (Matthew 28:29).
Originally published at Family Research Council - reposted with permission.