Most American Schools Are Damaging Your Child 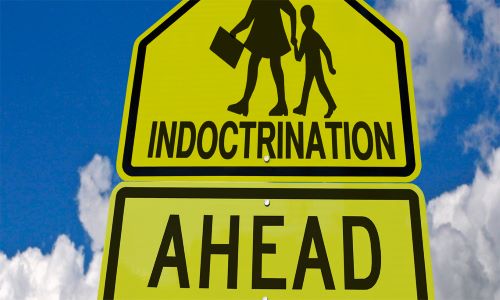 By Dennis Prager/DennisPrager.com March 15, 2021
Share this article:
I have been telling parents for decades that sending a child to almost any college is playing Russian roulette with his or her values.
But it is a different version of Russian roulette. In the traditional version, only one of the gun's six chambers contains a bullet. In the college version of Russian roulette, 5 of the 6 chambers contain a bullet.
If your child attends almost any university in America (or Canada or anywhere else in the English-speaking world), the odds are that your child's decency, intellectual acuity, faculty of reason, character and moral compass will be damaged, perhaps permanently.

The worse news is that sending your child to almost any elementary school or high school -- public or private -- is fast becoming equally toxic. More and more schools are being taken over by left-wing ideologues and by nonideologues who lack the courage to confront the ideologues.
Once infected with leftism, these schools teach children to hate reason, tradition, America, Christianity, whites, excellence, freedom and masculinity.
To cite one example, thanks to a million-dollar grant from Bill Gates through his Bill and Melinda Gates Foundation, the Oregon Education Department has announced that teaching there is "one right answer" in math -- yes, in math -- is an expression of white supremacy. Why, then, would an Oregon parent who cares about his or her child's mind, send that child to an Oregon school?
In addition to perverting education, teachers and their unions have exhibited a contempt for children that has taken even conservatives by surprise. Teachers' unwillingness to show up in class for more than a year is as unscientific as it is unprecedented.
On Feb. 3, Centers for Disease Control and Prevention Director Dr. Rochelle Walensky told reporters during a White House news briefing that teachers do not need to get vaccinated against COVID-19 before schools can safely reopen: "There is increasing data to suggest that schools can safely reopen and that safe reopening does not suggest that teachers need to be vaccinated. Vaccinations of teachers is not a prerequisite for safely reopening schools."

Nevertheless, in the country's major cities, these cowards and hypochondriacs -- people who claim to care more than anything else about their students -- have refused to return to school (while demanding to be paid).
They have refused to teach, despite the facts that child-to-teacher transmission of the COVID-19 virus is extremely rare and a teacher being hospitalized, let alone dying, as a result of interaction with students is rarer than a teacher dying in a traffic accident on the way to school. Why, then, would you send your child to be "taught" by people for whom you have -- or should have -- so little respect?
Why would you send your young child to a school that sponsors a "Drag Queen Story Hour" or that dwells on "nonbinary" gender identity? Do you think such things do not damage your child's innocence? Do you want your child to be challenged about his or her sexual identity?
Why would you send your child to any school that teaches The New York Times' "1619 Project"? This project holds that America was not founded in 1776 but in 1619, with the arrival of the first black slaves in North America, and that the Revolutionary War was fought not to gain independence from Britain but to preserve slavery.
Virtually every leading historian specializing in American history -- most of whom are liberals and Democrats, and some of whom were anti-Trump activists -- have labeled "The 1619 Project" a lie.

Whenever I meet adults who hold traditional American values, I ask them three questions:
The first is, "Do you have children?"
If they do, my second question is, "How many of them share your values?" It is not common to meet people all of whose children share their parents' traditional values.
If they respond that any of their children do not share their values, my third question is, "What happened?"
In every instance, these parents attribute the alienation of their children from their the parents' values to the college and, increasingly, the high school their child attended.
Moreover, not only are these children alienated from their parents' values, but they are often also alienated from the parents. One thing you learn when you become left-wing is to have contempt for those who hold other beliefs.
Had these parents known how their children would turn out, they would never have sent them to college -- or even to the high school they attended.
It appears, however, that no matter how many people lose their children's hearts and minds to left-wing indoctrination, and no matter how much information accumulates about the perversion of education in American schools, parents continue to take risks with their children they would never take in any other sphere.
I am well aware of the enormous obstacles. If your child wishes to study STEM (science, technology, engineering, math) or law, college remains a necessity. Otherwise, it isn't.
As for elementary and high school, parents must either find a school that teaches reading, writing and arithmetic rather than America-hatred, or they should home-school their child.
This, understandably, sounds terribly daunting. However, it is becoming considerably easier to do so as home-school groups and quality home-school curricula proliferate around the country.
Whatever your decision, never say you weren't warned.
Dennis Prager is a nationally syndicated radio talk-show host and columnist. His latest book is 'The Rational Bible,' a commentary on the book of Genesis. His film, “No Safe Spaces,” was released to home entertainment nationwide. He is the founder of Prager University and may be contacted at dennisprager.com.