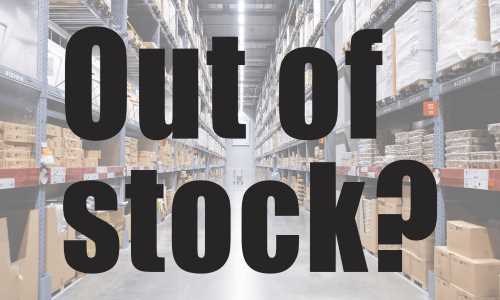 By PNW Staff May 03, 2021
Share this article:
The world's reliance on in-demand supply chains is going through a stress test right now and many are beginning to feel the economic affects including lengthy delays and shortages for products we have long taken for granted.
The Covid-19 outbreak paralyzed both supply and demand last spring. This spring, vaccinations and government stimulus have created imbalances in many sectors as consumers are now ready to spend again.
The sudden stop to the economy followed by the very quick restart has caused raw materials and supply chain chaos around the globe.
From steel and copper to corn and lumber, commodity prices have surged to levels not seen for years and many experts expect it will last well into 2022. The rally threatens to raise the cost of everyday goods from all sectors of the economy.

One commodity that is causing incredible chaos for home buyers across the nation is the price of lumber.
Lumber prices seem to set a new record almost daily, now up 67% this year and up 340% from a year ago, according to Random Lengths, a wood products industry tracking firm. And lumber doesn't just go into framing a house. Those added costs hit cabinets, doors, windows and flooring.
The surge in lumber prices in the past year has added $35,872 to the price of an average new single-family home.
And then there is land. The price per single lot is up 11% this year compared last year, because demand is so high and supply is low. New lot supply is down 20% from a year ago, according to Zonda, a real estate data and advisory firm.
Many consumers are finding themselves priced out of the housing market and for those who can afford a house, demand is so overwhelming right now that you have to compete against 20 other bids sight unseen just to have a chance at purchasing a home.
This supply and demand mismatch is largely a result of the pandemic. At the same time that state-mandated lockdowns caused mills to halt production, bored quarantining Americans were rushing to Home Depot and Lowe's to buy up materials for do-it-yourself projects.
That caused lumber inventory to plummet. It only got worse from there: Recession-induced record-low interest rates caused a housing boom. In March, new housing starts hit their highest levels since 2006. Of course, new homes require a lot of lumber, thus exacerbating the shortage.
Home builders and DIYers don't want to hear this, but the ceiling could be higher--maybe even a lot higher. Last week, the May futures contract price per thousand board feet of two-by-fours jumped $48 to $1,420. That squeeze once again triggered the circuit breakers and caused lumber trading to halt for the day.
Why would lumber yards and builders pay above market rates? Severe lumber scarcity has buyers on edge. They're buying the sky-high contracts in order to ensure they'll actually get the lumber they need for projects already under contract.
And often when there is enough supply - getting it to the locations needed most is another challenge.
Just ask those in the oil & gas industry.

The current shortage in gasoline tanker truckers could lead to gasoline outages and/or increased prices this summer.
With potentially millions of people poised to break the pandemic seal on their home's front door this summer and head out for a road trip, that trip may end up being fuel challenged.
While there isn't a shortage of actual gasoline, there is a shortage of the truck drivers needed to deliver the gas to stations.
Early pandemic-related lockdowns as well as business shutdowns caused tanker truck drivers to seek other work because gasoline demand plummeted.
"We've been dealing with a driver shortage for a while, but the pandemic took that issue and metastasized it," Ryan Streblow, executive vice president of National Tank Truck Carriers, told CNN Business.
The industry's trade group, the National Tank Truck Carriers, said somewhere between 20% to 25% of tank trucks in the fleet are parked heading into this summer due to a paucity of qualified drivers.
Not every truck driver can drive a tanker truck, it requires special safety certification.
Another problem, she said, was the shutdown of many driver schools early in the pandemic.
Making matters worse for the industry, a new federal clearinghouse went online in January 2020 to identify truck drivers with prior drug or alcohol violations or failed drug tests, which knocked about 40,000 to 60,000 total drivers out of the national employment pool, reported CNN Business.
In normal times, driver turnover can run around 50% on an annual basis, but that spiked to a roughly 70% annual rate in April of last year, according to Brad Fulton, director of research and analytics at Stay Metrics, a trucking recruiting and retention firm.
Vacation hotspots are most at risk of shortages, and there were some sporadic outages reported in Florida, Arizona and northwest Missouri during the recent Spring Break period, said Tom Kloza, chief oil analyst for the Oil Price Information Service reported CNN Business.
But even if only a few stations run out of gas, that could spark a run on gasoline as drivers will start topping off their tanks to avoid running dry down the road, said Kloza.
"Imagine the hoarding with toilet paper and topping off of gas tanks that we see after hurricanes and you can see what might happen," as demand increases, added Kloza.
All of this could put pressure on gas prices, which typically rise at the start of the summer as seasonal regulations take effect requiring the more expensive "summer blend" of gasoline needed to combat smog.
And then of course there is the cargo ship issues that have been exasperated by such events as the stuck container ship in the Suez Canal which backlogged worldwide shipping for a few weeks.
Even without this event an average of 30 container ships a day have been stuck outside the Ports of Los Angeles and Long Beach just waiting to deliver their goods.
Such supply issues have many CEO's warning that they have no choice but to raise prices this year to cover their costs.
Sherwin-Williams Co. CEO John Morikis said that work to minimize the impact on customers will stretch through the summer because raw material shortages prevented normal inventory increases during the paint maker's first quarter.
In an appearance on CNBC Friday, CEO Linda Rendle of Clorox told Jim Cramer the bleach producer, whose sales accelerated amid the ongoing health crisis, is facing higher costs in inputs like resin and transportation.
"We'll activate our long-standing cost savings program and ensure that we're delivering that across our businesses," she said on "Mad Money." "We're looking at price increases, although we're being very measured and taking that in a category-by-category approach and, of course, we'll focus on innovation and margin-accretive innovation."