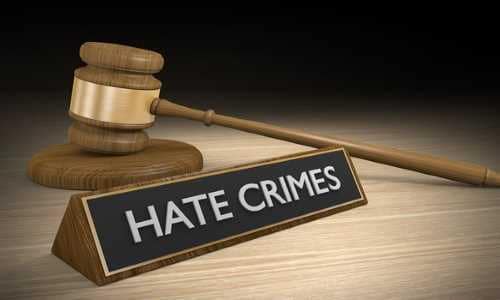 By Evangelical Focus May 03, 2021
Share this article:
A Christian politician in Finland will face a court process for speaking openly about her views on homosexuality and the Bible.
Päivi Räsänen, a medical doctor who was Finland's Interior Minister between 2011 and 2014 and a leader of the Christian Democrats, has been charged with three hate crimes against homosexuals.
The General Prosecutor of Finland has confirmed that, after an investigation of nearly 2 years, enough evidence was collected to open a penal process. Since 2019, Räsänen has been interrogated by the police in three different occasions.
The politician will have to defend herself in courts for social media posts in which she quoted Roman 1:24-27 to criticise the participation of the Finnish Lutheran Church (of which she is a member) in the 2019 LGBT Pride festivals, for the content of a booklet about Bible and sexuality titled "Male and Female He Created them" published in 2004, and her words in a radio talk show in the Finnish Public Broadcasting System, where she was invited to speak about the issue "What would Jesus think about homosexuals?".

First reaction
In a first reaction on social media, Räsänen said the decision of the General Prosecutor was "shocking". "I do not consider myself guilty of threatening, slandering or insulting any group of people. These are all based on the Bible's teachings on marriage and sexuality".
According to the Finnish news website YLE, the Prosecutor General said the statements were "derogatory and discriminatory against homosexuals" and "violate their equality and dignity". Therefore, they would "overstep the boundaries of freedom of speech and religion and are likely to fuel intolerance, contempt and hatred".
A conviction could lead to a fine or up to two years of prison, as well as a ban on the contents deemed as hateful.

Räsänen "glad" to explain her Christian beliefs
Although the former government minister had said she would "gladly" respond to any questions about her Christian beliefs, she also increasingly was convinced that the case could lead to "a court process of several years".
In August 2020, she wondered "whether these investigations are meant to cause censorship and timidity among people who have a Christian conviction".
In answers to Evangelical Focus back in September 2019, she said: "I have a completely calm mind about this. I am going to use my freedom to believe and to speak accordingly, whatever the outcome of this process may be".
But she also was worried that in Finland, a country with a long Protestant history, "many, especially the young people, are afraid that if you are labelled as a Bible-believing Christian, it will hinder your career and social acceptance".

"Bible teaching arise from love not hate"
Räsänen has repeteadly said "the teachings concerning marriage and sexuality in the Bible arise from love, not hate", because "the core message of faith, i.e. grace and atonement, is founded on the Christian view of humanity seen in creation, on the one hand, and the great fall, on the other".
She also has made clear that she supports the dignity and human rights of all homosexuals, because "the Christian view of human beings is based on the inherent and equal dignity of all persons".
Speaking to Evangelical Focus, Räsänen has also thanked the support of Christians from around the world: "I have experienced what it means to be upheld by prayer".
The Christian politician underlined the importance that citizens in democratic countries use the fundamental right to express their opinions: "The more Christians keep silent on controversial themes, the narrower the space for freedom of speech gets".
Originally published at Evangelical Focus - reposted with permission.