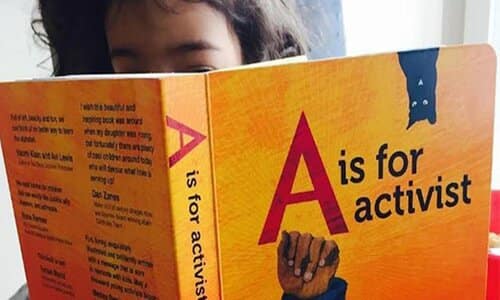 By Tony Perkins/Family Research Council May 28, 2021
Share this article:
The United States of America is embracing and exporting critical race theory, while the individual states of America are doing the opposite. The Biden State Department recently encouraged American embassies around the world to fly the BLM flag "on the external-facing flagpole."
Yes, you read that right. The new sales pitch of America's top diplomats is: "We hate our country and everything she stands for; you should, too." With self-aggrandizing totalitarian regimes like China and Iran aggressively peddling anti-American propaganda, why couldn't our own lifelong, diplomatic professionals come up with anything better?

The State Department's woke brigade could take a few lessons in patriotism from Tennessee Governor Bill Lee (R). On Monday, he signed a measure that would prohibit state-run schools from teaching that "an individual, by virtue of the individual's race or sex, is inherently privileged, racist, sexist, or oppressive, whether consciously or subconsciously."
Lee explained, "We need to make sure that our kids recognize that this country is moving toward a more perfect union, that we should teach the exceptionalism of our nation and how people can live together and work together to make a greater nation, and to not teach things that inherently divide or pit either Americans against Americans or people groups against people groups."
Tennessee followed Idaho and Oklahoma in protecting children's impressionable minds from the insidious fallacies of critical race theory. And it doesn't stop there. In a letter to the state Board of Education, Georgia Governor Brian Kemp wrote that critical race theory has "no place in Georgia classrooms."

The Texas Senate approved a similar prohibition on teaching critical race theory last week, and lawmakers are also considering proposals in Arkansas, Arizona, Missouri, Oregon, and Utah.
Predictably, the Left threw a fit over Tennessee's ban on teaching critical race theory. The ACLU of Tennessee complained that the governor had "silenced constructive dialogue" by signing the law. Yet even the Associated Press was forced to admit the measure doesn't ban "impartial discussion of controversial aspects of history" or silence teachers from speaking freely. The bill does, however, kick critical race theory to the curb.
There's irony in the ACLU's complaint; they rarely speak out when the Left silences conservatives. Google suppresses search results from conservative sites. Social media giants shadow ban, "contextualize," and temporarily suspend conservative outlets and individuals for no good reason, or block and delete individual posts.
At universities, radical Leftists cancel conservative professors, lecturers, and even students for expressing their views, to the point that most conservatives have learned to "self-censor" in a university context. For the Left to accuse conservatives of silencing constructive dialogue is projection, pure and simple.
The Left silences conservatives because they don't want to have a constructive dialogue. There's nothing constructive to foment resentment and hostility between people simply because of their ethnic or racial background, the basic thesis of critical race theory.

Nor is it constructive to insist that the proof of someone's racism is that they insist they aren't racist, a basic tenet of the critical race theory manual "White Fragility." If, as critical race theory teaches, a person's political positions, worldview, and allegiances are determined solely by his or her group identity, then there's no point to dialogue at all.
It should be clear why the Left wants to shut down debate. Critical race theory is rationally and morally bankrupt. Worse, it is a Marxist ideological cancer. The real crime here is that a group of activists is trying to indoctrinate the next generation -- our children -- with divisive, destructive, demonic notions that everything is about race and power.
Schools should teach children to think, not hate.
Originally published at Family Research Council - reposted with permission.