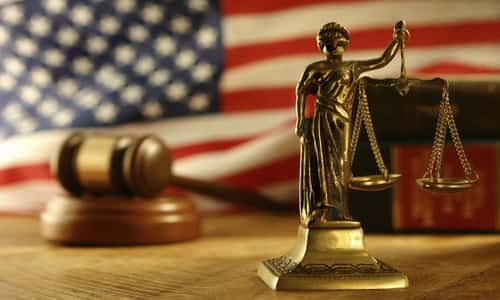 By Tom Olago July 07, 2016
Share this article:
Are Christian morals and practices 'endangered species' well on their way to becoming legally extinct? The numbers of Christian organizations losing lawsuits defending their spiritual beliefs and standards are fast stacking up.  Bible believers are increasingly finding themselves under siege - discriminated against in courts throughout North America.

Mario Diaz in a recent article for the Blaze.com noted that the Supreme Court has gone so far as to encourage the passage of laws targeting Christians for discrimination.
A notable example came out of Washington, where the Washington State Board of Pharmacy passed a regulation prohibiting a pharmacy from refusing "to deliver a drug or device to a patient because its owner objects to delivery on religious, moral or other personal grounds."
This requirement would essentially force Christians to get out of the pharmacy business to avoid providing abortion-inducing drugs or other drugs that result in outcomes that are not morally or religiously acceptable to them. Examples include emergency contraceptive drugs such as 'Plan B' and 'Ella', as well as various abortifacients.
One family affected by the decision to administer drugs selectively on moral grounds is the Storman family. They contested and appealed the decision all the way to the Supreme Court.
Dias noted that the U.S. Supreme Court, which should have granted certiorari (review) to correct this clear violation of the First Amendment, did not.  Being instead "fresh off the ecstasies of declaring commonsense abortion regulations unconstitutional", the Court decided not to hear the case and allowed Washington States discrimination to continue.
Justice Samuel Alito, joined by Chief Justice John Roberts and Justice Clarence Thomas, published a dissenting opinion objecting to the denial of cert. In it, Alito called the decision to deny cert "an ominous sign," and wrote, "If this is a sign of how religious liberty claims will be treated in the years ahead, those who value religious freedom have cause for great concern."
Dias concurred in his piece, explaining that the Supreme Court's inaction will undoubtedly encourage other liberal states to infringe on religious liberty in the same way Washington has, in direct violation of the First Amendment and clear Supreme Court precedent.
Michael Gryboski  recently reported on the Washington case in the Christian Post. He observed conservative columnist David French's denunciation of the United States Supreme Court's recent decision.
French reportedly called the Supreme Court "pitiful" for refusing to hear Stormans' appeal: "... the fact that the Stormans refuse to sell abortifacients didn't cause a single person to lose access to the drug of their choice," wrote French.
"But to anti-Christian bigots, it is intolerable that Christian professionals exist unless they bow the knee to the Baal of the sexual revolution, so Washington's governor took action -- demanding that the Washington State Board of Pharmacy issue regulations that required pharmacists to issue abortifacients regardless of religious or moral objections".
The Alliance Defending Freedom (ADF), a law firm that represented the Stormans, also expressed disappointment at the denial. Senior Counsel Kristen Waggoner also pointed out in a statement that the Supreme Court upheld a law that singles out people of faith to deny their freedom.
"Singling out people of faith and denying them the same freedom to refer is a violation of federal law. All 49 other states allow conscience-based referrals, which are fully supported by the American Pharmacists Association, the Washington Pharmacy Association, and more than 34 other pharmacy associations. Not one customer in Washington has been denied timely access to any drug due to a religious objection."
As Carly Hoilman recently wrote in the Blaze.com, even Christian websites are being forced to comply with unBiblical principles - or else.
The popular online Christian dating website, ChristianMingle.com, must now allow gay and lesbian users to search for same-sex matches following a discrimination lawsuit filed by two gay men, the Wall Street Journal reported.
Based in Los Angeles, ChristianMingle.com is "the largest and most trusted Christian dating site," and has more than 15 million registered members, according to the website.
The California judge who approved a settlement of discrimination claims has also ordered Spark Networks Inc., which owns Christian Mingle along with many other dating websites, to pay $9,000 to each of the plaintiffs plus $450,000 in legal fees to the firm representing them.
Plaintiffs Aaron Werner and Richard Wright claimed in 2013 that Spark violated California's anti-discrimination law by limiting options for gay users looking to find potential partners. Under the Unruh Civil Rights Act, California "business establishments" must offer "full and equal accommodations" to individuals regardless of sexual orientation.
According to the Journal, the new agreement requires that the search options listed on the home page ask the user to simply to identify as a "man" or a "woman," instead of a "man seeking woman" and "woman seeking man."
Spark Networks will also be required to adjust searching and profile features in these websites to include options for gay and lesbian singles within the next two years.
The heat is on, and Christians need to brace themselves for more persecution as they resist the sinful pressures illegally imposed on them for simply exercising their legal and Constitutional rights to religious freedom.
"Yea, and all that will live godly in Christ Jesus shall suffer persecution' (2 Timothy 3:12) so the only appropriate response must be "... We ought to obey God rather than men" (Act 5:29).