TikTok Goes For A Biometric Grab Of 66 Million US Users 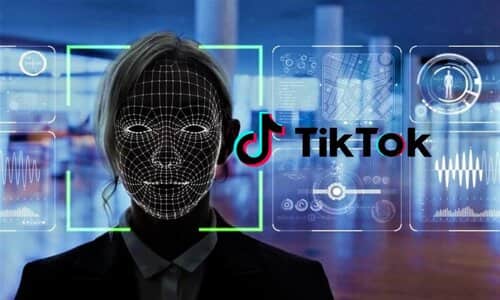 By Tyler Durden/Activist Post June 07, 2021
Share this article:
TikTok quietly rolled out its new US privacy policy earlier this week, allowing the Chinese company to automatically "collect biometric identifiers and biometric information" from its users' content.
TechCrunch first pointed out the policy change introduced in the recently added section, "Image and Audio Information," located under the section titled "Information we collect automatically." It states:
"We may collect information about the images and audio that are a part of your User Content, such as identifying the objects and scenery that appear, the existence and location within an image of face and body features and attributes, the nature of the audio, and the text of the words spoken in your User Content. We may collect this information to enable special video effects, for content moderation, for demographic classification, for content and ad recommendations, and for other non-personally-identifying operations."

The most alarming part of the section is this bolded part:
"We may collect biometric identifiers and biometric information as defined under US laws, such as faceprints and voiceprints, from your User Content. Where required by law, we will seek any required permissions from you prior to any such collection."
"The statement itself is vague, as it doesn't specify whether it's considering federal law, states laws, or both. It also doesn't explain, as the other part did, why TikTok needs this data. It doesn't define the terms 'faceprints' or 'voiceprints.' Nor does it explain how it would go about seeking the 'required permissions' from users, or if it would look to either state or federal laws to guide that process of gaining consent," TechCrunch said.
Only three states (Illinois, Texas, and Washington) have laws protecting people from corporations collecting biometric data. The rest of the 47 states don't have any restrictions.

Perhaps former President Trump was right about TikTok when he attempted to ban the Beijing-based company because he said it was a "national security threat."
This week, President Biden restricted US investments in 59 Chinese companies tied to military and surveillance. Still, somehow, the administration continues to allow TikTok to operate.
This seems like a large-scale collection biometric grab of more than 66 million US users by the Chinese company. This is more dangerous than a password or credit card number being stolen because it cannot be undone.
It will be too late until users and policymakers recognize and address the complex security that TikTok poses on national security.
Originally published at Activist Post - reposted with permission.