Get Ready For A Summer Of Crisis After Crisis 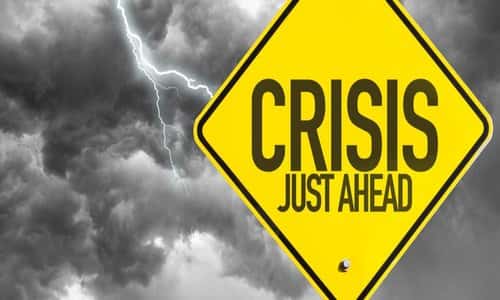 By Michael Snyder/Economic Collapse Blog June 18, 2021
Share this article:
Ignoring long-term problems can work for a while, but eventually they catch up with you.  Over the years, I have written many articles about alarming long-term trends in our society that desperately needed to be addressed.  Of course the vast majority of those long-term trends never got much attention, because our political system tends to reward politicians that focus on short-term issues.
As a result, many of the long-term trends that I have written about previously have now gotten to a point where they have started to become very serious short-term problems.  In this article, I would like to share 9 examples of this with you.

#1 I have been warning about exploding debt levels for as long as I have been writing about the economy.  Most people know that the U.S. national debt has now crossed the 28 trillion dollar threshold, but hardly anyone is talking about the explosion of corporate debt that we have been witnessing in recent months.  According to the Federal Reserve, total corporate debt in the United States is now up to a whopping 11.2 trillion dollars...
Before the pandemic, U.S. companies were borrowing heavily at low interest rates. When Covid-19 lockdowns triggered a recession, they didn't pull back. They borrowed even more and soon paid even less.
After a brief spike, interest rates on corporate debt plummeted to their lowest level on record, bringing a surge in new bonds. Nonfinancial companies issued $1.7 trillion of bonds in the U.S. last year, nearly $600 billion more than the previous high, according to Dealogic. By the end of March, their total debt stood at $11.2 trillion, according to the Federal Reserve, about half the size of the U.S. economy.
#2 Needless to say, this level of corporate debt is not even close to sustainable, and we are starting to see a lot of prominent names go bankrupt.  In fact, one of the largest mall owners in the entire country officially filed for bankruptcy on Sunday...
Washington Prime Group, a major mall owner of more than 100 locations across the United States, filed for bankruptcy, citing pandemic-related shutdowns.
The Columbus, Ohio-based company filed for Chapter 11 late Sunday, saying Covid-19 "created significant challenges" and that the move is "necessary." Washington Prime secured $100 million in new funding to support its day-to-day operations so it can "continue in the ordinary course without interruption."
#3 The standard of living in the United States has been going down for a very long time.  Here in 2021, inflation is growing at a much faster rate than wages are, and this is squeezing middle class families like never before.  One of the ways that families are dealing with this is by putting off major purchases, and that is one of the reasons why the average age of the vehicles on our roads has now reached an all-time record high...
The average age of vehicles on U.S. roadways rose to a record 12.1 years last year, as lofty prices and improved quality prompt owners to hold on to their cars longer.
It was the first time the average vehicle age rose above 12 years, according to data released Monday by research firm IHS Markit. While the average vehicle age has risen steadily over the last 15 years, the trend accelerated during the coronavirus pandemic partly because of a drop in new-car sales, IHS said.

#4 America's growing homelessness crisis has accelerated greatly during the pandemic, and the big cities in California are being hit the hardest.  At this point, it is really difficult to navigate through the streets of San Francisco without stumbling over a tent or stepping in human excrement...
For a city as opulent as San Francisco, it's long been jarring to see the extreme poverty of those experiencing homelessness on its streets. If you walk around downtown, tents, makeshift cardboard beds and human excrement can be seen littering the sidewalks. Impoverished people lie on the ground as a blur of highly paid professionals whiz by.
#5 The homelessness crisis is also one of the factors that is fueling the dramatic rise in crime rates that we have been seeing all over the nation.  Once upon a time, millions of eager tourists would flock to Venice Beach, but now the phrase "like hell went to hell" is being used to describe conditions at that once pristine tourist trap...
Year-to-date numbers show that robberies have nearly tripled since the same period last year. Homeless-related robberies are up 260 percent; homeless-related assaults with a deadly weapon is up 118 percent; property crimes and area burglaries are up 85 percent; and grand theft auto is up 74 percent.
According to Embrich, felony arrests are up 68 percent, while misdemeanor arrests have grown by 355 percent. But arrests aren't enough: Suspects are often released back onto the streets within hours.
#6 The police are the ones that are supposed to protect us from crime and restore order when things get out of control, but now they are leaving public service in record numbers.  After being endlessly demonized by leftist activists and the mainstream media, police officers are either retiring or resigning at a staggering rate....
Police retirements have risen by 45 percent in the past year, with officers opting out of forces across the country amid Black Lives Matter demonstrations that fueled anti-cop rhetoric.
The alarming statistic was revealed by the Police Executive Research Forum on Sunday, with the organization also revealing that resignations rose by 18 percent during the same twelve month period.
#7 Have you noticed that many of our cities are becoming disgustingly filthy?  When I was growing up, I often heard the phrase "cleanliness is next to godliness", but you never hear anyone use it anymore.  These days, filth and grime are everywhere, and that has resulted in widespread infestations.  Many of our cities now have massive problems with rats and bed bugs, but Chicago is the worst of them all...
The Windy City is known for quite a few things: hot dogs, deep dish, baseball. But here's one thing you probably don't associate with Chicago: bed bugs. Turns out these tiny hitchhiking pests are quite fond of our city, according to the latest numbers available through Atlanta-based Orkin, a company that specializes in pest control services.
In fact, Chicago ranked no. 1 on the 2021 list, according to Orkin, reclaiming the top spot for the first time since 2017, when it slipped to no. 3, just behind Baltimore and Washington. For the sixth year in a row, Orkin also ranked Chicago the "rattiest" city in America.

#8 I have been writing about the drought in the western half of the country for years, but here in 2021 it is the worst we have ever seen.  As I write this article, an astounding 88 percent of the West is officially in a state of drought...
Lakes at historically low levels, unusually early forest fires, restrictions on water use and now a potentially record heat wave: even before summer's start the US West is suffering the effects of chronic drought made worse by climate change.
Eighty-eight percent of the West was in a state of drought this week, including the entire states of California, Oregon, Utah and Nevada, according to official data.
#9 When drought gets bad enough, it leads to water shortages, and we will want to watch developments in California very closely.  Water supplies have gotten very tight throughout the state, and officials in Santa Clara County just officially declared "a water shortage emergency"...
Santa Clara County is in extreme drought. We can't afford to wait to act as our water supplies are being threatened locally and across California. We are in an emergency and Valley Water must do everything we can to protect our groundwater resources and ensure we can provide safe, clean water to Santa Clara County residents and businesses.
To better deal with these threats and the emergency they are causing, today my fellow Board Members and I unanimously declared a water shortage emergency condition in Santa Clara County. This declaration, which is among the strongest actions we can take under law, allows Valley Water to work with our retailers, cities and the county to implement regulations and restrictions on the delivery and consumption of water. We also are urging the County of Santa Clara to proclaim a local emergency and join us in underscoring the seriousness of the threats posed by the extreme drought.
Over the past few years, America has been hit by crisis after crisis, and many are yearning for a return to the good old days.  Unfortunately, that simply is not going to happen.
The United States is never going to be like it once was.  Too many things have changed, and our culture has been radically transformed over the past several decades.
Many of the items that I have shared in this article are simply symptoms of much broader cultural problems.  We are a deeply, deeply sick society, and it is getting worse with each passing day.
Originally published at the Economic Collapse Blog - reposted with permission.