Biden: 'Dragging' The Military Into A New Era 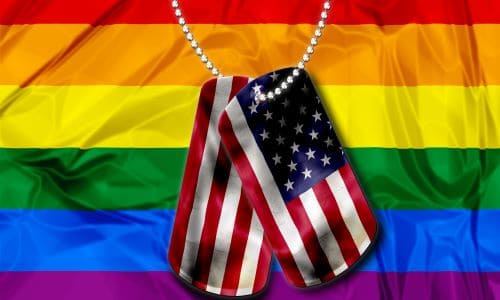 By Tony Perkins/Family Research Council June 24, 2021
Share this article:
At Nellis Air Force Base last week, pilots were gathered around a different kind of runway. That's because the southern Nevada post, home to one of the most advanced air combat programs in the service, made the controversial decision to host its first-ever drag queen show.
To the amusement of America's enemies, some of our most skilled servicemen and women spent their Thursday night "discover[ing] the significance of drag in the LGBT+ community" at a base club -- a lesson sure to please their transgender activist-in-chief.

Welcome to the Biden military: you can't have a Bible on the table, but you can have heels in your footlocker. An Air Force veteran posted a picture of the digital flyer over the weekend, which read, "DRAG-U-NELLIS" and "CLASS IS IN SESSION" surrounded by pictures of Coco Montrese, Makena Knight, and Alexis Mateo.
"I guess the airmen at Nellis have completely mastered air and ground combat, so they can relax with an event that has grown men in dresses twerking; very cool!" he tweeted.
When Breitbart asked for comment, Nellis officials seemed almost proud of the fact that they were hosting this kind of gathering. They confirmed that, yes, the 99th Air Base Wing held the event and explained that it was sponsored by a private organization.
But the spokesperson insisted that it was important to "provide an opportunity for attendees to learn more about the history and significance of drag performance art within the LGBT+ community."

Inclusivity, the official went on, "is essential to the morale, cohesion, and readiness of the military. Nellis Air Force Base is committed to providing and championing an environment that is characterized by equal opportunity, diversity and inclusion."
No doubt our mastery of the catwalk will strike terror in the hearts of Iran and China, where leaders must be looking on with glee at this administration's social preoccupations.
According to the base website, Nellis is where pilots undergo "the most demanding... air combat training in the country." North Korea will be relieved to know that this sophisticated training has taken a backseat to nights of transgender frolicking. But then, that's all this administration has had on its radar since taking over.
Like Barack Obama, Biden has never seen our troops as anything but a force for social change.
Of course, the irony is that while the military defends drag queen acts on military installations, they aren't extending Christians troops the same tolerance.
At least two active-duty service members -- Lt. Colonel Matthew Lohmeire and Chaplain Andrew Calvert -- have been fired or suspended in the last few weeks for daring to talk openly about the Pentagon's new policies.

"My Republican colleagues and I hear regularly from active duty and retired service members that even holding conservative values is now enough to endanger a service member's military career," Rep. Mike Rogers (Ala.) told Politico. He and his GOP colleagues are racing to put together legislation that would combat the wave of targeting and censorship.
In the meantime, conservatives watch helplessly as the proud warfighting ethos that Donald Trump restored is replaced with a circus of LGBT activism. Just ask yourself: when was the last time you read a headline about the military that actually had to do with national defense?
Instead, we're talking about climate change, extremism "stand downs," critical race theory, rainbow flags, and maternity flight suits.
The Defense Department, NRO's John Rossomando warns, is a case study in "misplaced priorities rooted in myths." It's a woke military focused on politics, not "lethality and readiness," one former undersecretary of Defense under George H.W. Bush argued. "It will excel in virtue signaling and fail at winning battles..."
Including the one for the heart and soul of America's proud fighting force.
Originally published at Family Research Council - reposted with permission.