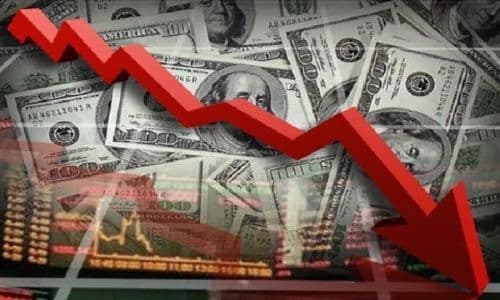 By Stefan Gleason/Activist Post July 01, 2021
Share this article:
Recent collapses of bridges and a Florida condo building highlight what can go wrong when basic structural and foundational elements are neglected and allowed to deteriorate.
As corrosion and cracking spread, they may go little noticed at first, with repairs and upgrades put off. Meanwhile, the risks steadily build of a single point of failure leading to catastrophic consequences.
America's deteriorating infrastructure is badly in need of fixing. On that issue, there is wide bipartisan agreement.

President Joe Biden has touted a $1 trillion infrastructure deal moving forward in Congress with support among some key Republicans and Democrats.
It's a rare glimmer of bipartisanship in a starkly divided Washington.
But bipartisanship doesn't imply fiscal responsibility. Whenever Republicans and Democrats get together and agree on something, you can bet it will entail more spending - and therefore more debt.
Whatever the merits of infrastructure spending (and many politicians have an expansive view of what constitutes "infrastructure"), it won't be offset by cuts in less essential government expenditures. Instead, lawmakers are proposing tax hikes and more aggressive IRS enforcement actions aimed at bringing home more revenues.
At the end of the day, however, the bulk of any new infrastructure spending will likely be paid for through borrowing. New currency units will be conjured up and pumped into things like concrete and steel.

With building materials and construction costs already surging this year, the government's stoking of additional demand will only make the problem worse.
A larger inflation problem is brewing. It's not about supply bottlenecks or surging demand in particular areas, though these phenomena are typically the focus of "inflation" stories in the mainstream media.
What underlies all the recent (and likely future) price spikes is currency depreciation that is being carried out systematically by the Federal Reserve at the best of Congress.
The Fed aims to engineer an inflation rate that averages 2% over time. According to central banker logic, deliberately pushing inflation above 2% is now warranted because of past undershoots.
Inflation is running hotter than the Fed expected. Not to worry because it's "transitory," Fed Chairman Jerome Powell insists.
But what if confidence in the U.S. dollar is more permanently broken? Could cracks in the foundation of the world's reserve currency lead to a sudden and precipitous collapse in its value?
A dollar collapse scenario is certainly possible. But it may play out over many years or even decades rather than all at once.
The result would still be catastrophic for holders of U.S. dollars and bonds. Instead of a dramatic default or devaluation announcement, purchasing power losses would accumulate steadily and relentlessly - perhaps finally accelerating into a crescendo of hyperinflation.

It's how many governments throughout history have dealt with unsustainable debts.
"I think unsustainable just means that the debt is growing faster than the economy. That's been the case for a long time," Powell said in testimony before Congress last week.
"I have no question that the U.S. government will be able to pay its bills for the foreseeable future," he added. "It's also true though, that we're on an unsustainable path."
If federal finances are unsustainable, then how can Powell be so confident the government will have no problem paying its bills?
An individual or business on an unsustainable path would eventually get cut off by creditors and go broke.
Uncle Sam enjoys the privilege of an unlimited credit line with the Federal Reserve. As he continues to abuse that privilege, it may only be a matter of time until we all pay the consequences.
Originally published at Activist Post - reposted with permission.