What On Earth is Going On? Perilous Times Ahead 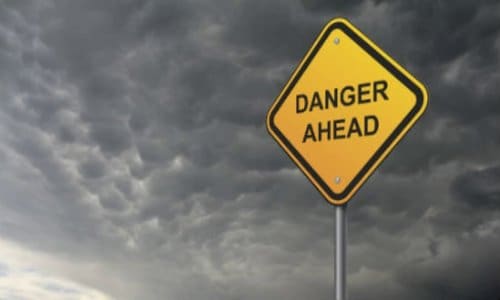 By Jan Markell/Olive Tree Ministries July 20, 2021
Share this article:
Even the secular, unbelieving world is stunned at all that is happening in our collapsing world. Most have no explanation for it. Some offer weak explanations that to the tuned-in and spiritually astute are laughable.
Even once-sound pulpits remain silent and perplexed. Political commentators suggest that if we just elect their candidate, all will be rosy again someday soon. Their faith is in their political party.
We Will Own Nothing and be Happy?
Leftists promise that if we fix climate change and spread the wealth around, we will achieve peace on earth. Outfits like the World Economic Forum suggest some day, if we follow their formula, we will own nothing and be happy! How can society be happy under Godless Communism?
Here are my conclusions as to why we're where we are in history. I am sure the list is much longer than this but here goes:
Our times are perilous because God is trying to wake up and warn a sinful world. People don't listen when life is smooth-sailing.
The Bible is fulfilling itself. It predicts perilous times (II Timothy 3); a Laodicea end-time church; a Romans 1 society at the end, characterized by depravity. Evil and violence will escalate. The "birth pangs" will become intense and will be hard to watch and read about. We get worn out seeing floods, fires, droughts, and hurricanes. But the Bible says these things must happen.
God is warning because He always warns before He judges and the world is facing judgment. It is being judged now but far worse is coming during the Tribulation. This is just a warm-up.
There are terrible consequences when we don't do things God's way. Society will fail. The church will head into apostasy. But prideful mankind always thinks their way is best and wreckage results.
God is specifically sending a message to His church. He is trying to shake us up, so that we will wake up and ultimately look up.
America and the world are now caught up in end-time strong delusion. That has serious consequences. Delusion does not permit people to think rationally and to act reasonably. It does not allow people to vote sensibly. The consequences are staggering.
Many think that politics will be the savior, or a particular political party. They just want to "make America great again" but minus God's oversight. God is letting us know that only "one nation under God" will ever function properly and no nation can be great and Godless.
America showed God the door fifty years ago. That has consequences. His blessing and protection may have left when we opened that door!
God is allowing some pre-Tribulation birth pains on the entire world. But what we see happening today is minor compared to what is coming. The Church will be absent during that Tribulation time, so in the meantime, may we have a greater burden to save people from the wrath to come. The consequences for a world that rejects Jesus Christ are unthinkable.
America and other Western powers have to fade as world influencers so that global government can rise up and rule the world. As these nations diminish, keep in mind that this is orchestrated by God for his end-time purposes.
Lastly, I think there is chaos on earth because Satan knows his time is short and he has ramped up his activity. He is getting new recruits for his kingdom. This is all the more reason we must be salt and light in these final days.

What Did You Expect the End-Times to Look Like?
That's a short list summarizing a few options as to why the world is in a mess! What did you expect the end-times to look like?
With God marginalized and mocked, society cannot work properly. It will collapse under the weight of everything in the world that is fractured. Only Christ's return at the Rapture and then His Second Coming at the end of the Tribulation to establish a near-perfect Kingdom will fix it!
The closing days of the Church Age are a challenge for all mankind. For the Godless, these days cannot make sense. For those who know the Bible, it has the road map ahead all spelled out for us!
Your Assignment
Don't let more time to become wasted. Seize the moment. Jesus is coming and most of the world is in a dark place! And they have not a clue how to turn the light on unless you tell them.
Originally published at Olive Tree Ministries - reposted with permission.