Should We Force America's Daughters To Register For The Draft? 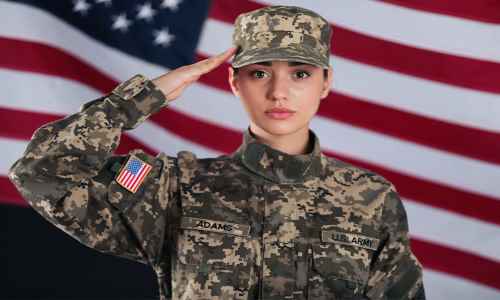 By Tony Perkins/Family Research Council July 30, 2021
Share this article:
As Congress hashes out the contours of funding bills making their way through Congress this week, there is one in particular we shouldn't overlook: the Senate Armed Services Committee has approved an amendment to the National Defense Authorization Act (NDAA) that would require women to register for the draft.
While framed as a woman's equality issue, this is actually unnecessary, dangerous, and very revealing of America's moral decline.
Congressman Mark Green (R-Tenn.), a combat veteran and emergency room doctor, joined Tony Perkins on "Washington Watch" to discuss this issue, noting that "there are a lot of things that need to happen in the military" with "equipment that we need to" modernize and that "needs to be funded," instead of "compelling women to enter the draft."
It's often lost in the debate, but this isn't about preventing women from serving. As Tony observed, if women want to serve in the military, we should encourage them to do so. "My daughter talked about serving . . . she's a nurse, and talked about serving in the medical corps.

If she wants to do that, I'm . . . excited about that. But I am not excited about forcing our daughters to register to go into a draft. Quite frankly, I think . . . it speaks volumes about the character of a nation if we'll let our daughters fight our wars for us."
Women already serve honorably in the armed forces, and will continue to do so. This provision in the NDAA isn't required so that women can serve. This is about forcing all women to sign up to possibly serve -- when many men are sitting idly by.
As Senator Josh Hawley (R-Mo.) recently said, "It's one thing to allow American women to choose this service, but it's quite another to force it upon our daughters, sisters, and wives."
Meanwhile, international threats loom large. "Both Russia and China are advancing their military, both in technology and the size of their military," Green remarked. "You look at how Russia just this last week announced an F-35 equivalent, basically a fifth-generation fighter that would compete with our F-35 fighter." And China "last month . . . commissioned three new naval vessels."

Yet instead of focusing on these threats, military leadership is more concerned with social experimentation like teaching critical race theory. Green is troubled by this shift: "If you're teaching them that a particular race is inherently racist because of the color of their skin," Green continued, and you "judge people on the basis of the color of their skin, you're destroying unit cohesion."
"If you look at just . . . the unit cohesion issue," and "I've been to combat," Green observed, "you look to the man or woman to your left and right. And it's . . . about [the] team. It's about defending one another."
What's the point? Why should we ultimately care about the impact of these policies on our military? Green sums it up:
"America is an amazing country. What nation has ever done what we did? There are nine thousand dead Americans on the beach at Normandy. And after we win that war, we go in and rebuild the very country that started the war, billions of American dollars to rebuild Germany, to rebuild Japan, the very countries that killed us and started a war with us.
No country in the history of mankind has ever done anything like that. Yet here they are saying that our nation is a bad nation. Have we made mistakes? Absolutely. Have we learned from and corrected those mistakes? Yes, of course. And that should be celebrated, not denigrated."
Originally published at Family Research Council - reposted with permission.