Social Upheaval Ahead As Abortion Leads To Global Surplus Of Males 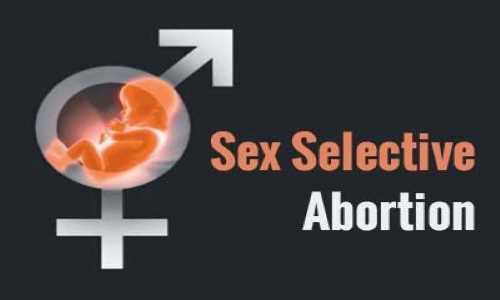 By Evangelical Focus August 23, 2021
Share this article:
According to a research recently published in the BMJ Global Health journal, around 4.7 million girls could be missing worldwide by the end of the decade due to sex-selective abortion.
This loss could reach 22 million globally by 2100 "if all countries at risk of boosting this ratio above its natural level, including densely populated countries, such as Nigeria and Pakistan, do so", warn the researchers.
The research points out that sex-selective abortions, "the main mechanism behind sex selection", have been on the rise for the past 40 years "across a range of various countries from Southeast Europe to South and East Asia".

"Scenario 1 assumed trends only for countries with strong statistical evidence of an increasing imbalance in sex ratio at birth, while scenario 2 assumed sex ratio trends for countries at risk of increasing the ratio, but with no or limited evidence of this". explains the research.
The results showed that the sex ratio at birth is most likely to stabilize and then decline within 20 years in countries currently affected by a surplus of liveborn boys, such as China and India, which have the highest number of annual births in the world.
"Fewer than expected females in a population could result in elevated levels of antisocial behavior and violence, and may ultimately affect long-term stability and social sustainable development", stresses Dr Fengqing Chao, the study's lead author from King Abdullah University of Science and Technology (KAUST) of Saudi Arabia.
Originally published at Evangelical Focus - reposted with permission.