After Abbas: Palestinian Political Turmoil On The Horizon 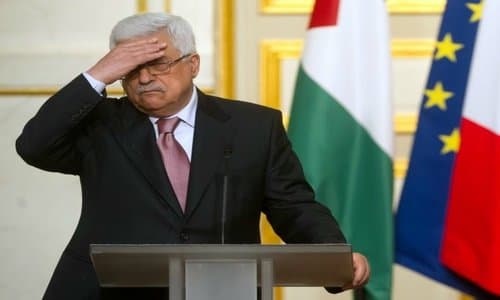 By Lt. Col. Maurice Hirsch/JNS.org August 26, 2021
Share this article:
Palestinian Authority leader Mahmoud Abbas will be 86 years old in November. It's far from clear who will replace him, but what is almost certain is that his departure will precipitate instability as a number of prominent figures attempt to position themselves as his successor.
This makes both short- and long-term planning a near impossibility when it comes to the P.A., the West Bank, and by extension, the Gaza Strip.
The problem is further compounded by the fact that Abbas holds not one but three key roles: chairman of the P.A., head of the Palestine Liberation Organization (PLO) and head of Fatah.
In this report we will take a look at each of these roles, and how the fight for successorship in each is likely to impact Palestinian politics.
Abbas as chairman of the P.A.
The Palestinian Authority was established in 1994 pursuant to the "Oslo Peace Accords," a generic name given to a sequence of agreements signed between Israel and the PLO from 1993 through 1995. The preamble to the 1995 "Israeli-Palestinian Interim Agreement on the West Bank and the Gaza Strip" described the P.A. as a "Palestinian Interim Self-Government Authority ... for the Palestinian people ... for a transitional period not exceeding five years ... leading to a permanent settlement based on Security Council Resolutions 242 and 338."
In practice, though the five-year period ended without a permanent settlement, the P.A. has continued to function as the de facto Palestinian governmental structure.

To examine the question of who could potentially replace Abbas as head of the P.A., Palestinian Media Watch analyzed public opinion surveys conducted by the Palestinian Center for Policy and Survey Research (PCPSR) since 2017. The surveys provide insight into a range of subjects regarding Palestinian society, including, among other subjects, Palestinian attitudes and preferences regarding the P.A. chairmanship and membership in the Palestinian Legislative Council (PLC)--i.e., the P.A. parliament.
The surveys consistently show that the number one Palestinian choice to replace Abbas is Marwan Barghouti.
Barghouti is a convicted terrorist serving five consecutive life sentences in an Israeli prison. He was convicted in 2004 by the Tel Aviv District Court for heading the Al-Aqsa Martyrs Brigade--an Israeli-, U.S.- and E.U.-designated terror organization--and for his part in the murder of five people. For Barghouti to replace Abbas, Israel's president would have to grant him a special presidential pardon or reprieve. While Israel has released hundreds of terrorist murderers in various circumstances, a presidential reprieve for Barghouti would be highly contentious.
In the polls, Barghouti is closely followed by Ismail Haniyeh, the head of Hamas--also designated by Israel, the United States and the European Union as a terrorist organization.
Other candidates named by the Palestinians to replace Abbas include:
• Muhammad Dahlan, an ex-leader of the P.A. security forces in Gaza who fell out with Abbas and was later indicted by the P.A., convicted in absentia for fraud and sentenced to prison;
• Yahya Sinwar, a convicted terrorist and murderer who now heads Hamas in Gaza. He was released from prison by Israel as part of the 2011 deal to secure the freedom of kidnapped Israeli soldier Gilad Shalit;
• Khaled Mashaal, another Hamas leader;
• Mohammed Shtayyeh, the current P.A. prime minister;
• Mustafa Barghouti (an independent);
• Salam Fayyad, an ex-P.A. prime minister.
While Dahlan enjoys the support of six percent of the survey participants, the others each received only two percent.
While the P.A. chairman holds executive authority in theory, the P.A.'s main legislative body is supposed to be the Palestine Legislative Council (PLC). According to the PCPSR surveys, when Abbas leaves the scene and elections for the PLC are held, the P.A. will thus most likely be controlled by Hamas.
While the election of an internationally designated terror organization would appear to present a bleak picture for both the P.A. and the international community, the "good news" is that, to put it lightly, the P.A. lacks any real democratic tradition.

In theory, P.A. law provides that the chairman of the authority is elected in general elections once every four years and that the incumbent can only serve in the position for two terms. In practice, in the last 25 years, there have only been two elections for P.A. chairman.
Arafat was elected in the first elections in 1996 and remained chairman until his death in 2004. Abbas was elected in 2005 and is now in the 17th year of his first four-year term.
Similarly, in P.A. law the PLC is also chosen via general elections. The elected members serve four-year terms. Notwithstanding the law, since the P.A. was created over 26 years ago there have only been two general elections for the PLC. The first, held in 1996, was essentially a one-horse race, with Fatah winning 55 of the 88 seats.
In the second elections, held in 2006, Hamas won 74 of the 132 seats and formed the government.
Despite the win, the days of the Hamas-appointed government were numbered. In early 2007, Abbas deposed the elected government and replaced it with a non-affiliated, so-called technocrat government. In time, that technocrat government was replaced by members of Abbas's Fatah faction.
Unhappy about being deposed, in the summer of 2007, Hamas seized control of the Gaza Strip, and has ruled it ever since.
The current situation, with Hamas controlling the P.A. in the Gaza Strip and Fatah controlling the P.A. apparatus everywhere else, is unlikely to change. According to the PCPSR surveys, the vast majority of Palestinians believe that even if Hamas wins the next general elections, Fatah will not relinquish its control over the areas in Judea and Samaria that are under the control of the P.A., and that if Fatah were to win, Hamas will not surrender its control in the Gaza Strip.
In December 2018, Abbas decided to dissolve the PLC that had been elected in 2006. The move was designed to ensure that Hamas would not take over the P.A. as an automatic function of the P.A. constitution.
Following their win in the 2006 elections, Hamas had appointed their representative, Aziz al-Dweik, as speaker of the PLC. According to the P.A. constitution, in the event that the P.A. chairman dies or becomes incapacitated, the PLC speaker assumes his position. To avoid Dweik (and Hamas) replacing him, Abbas dissolved the PLC, which at the time had not functioned for over 12 years in any case.
At the end of 2020, the United States and the European Union pressured Abbas into calling new PLC elections, followed by elections for the P.A. chairmanship, to renew the popular legitimacy of the P.A. leadership. As the PLC polling day loomed and Abbas recognized the inevitable rout of his Fatah party, he preferred to indefinitely postpone the elections rather than accept the democratic choice.