Covid Vaccination Tattoos, Biometrics & The Mark Of The Beast 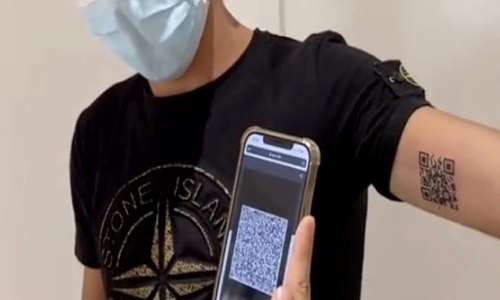 Large-scale Israeli military operations in Judea and Samaria, commonly known as the West Bank, may become necessary this year following an...

As the photos and videos posted on social media indicate, the celebratory incidents were not isolated. On the contrary, whole swaths of Pa...

January 26, 2023The Doomsday Clock Moves Forward As Apocalyptic Scenarios Unfold All Around Us

A Georgia police officer has resigned after he was told by superiors that he could not share his personal religious views about traditiona...

Israel and the US are currently engaged in a massive joint military exercise which, according to recent reports, involve bombing targets s...