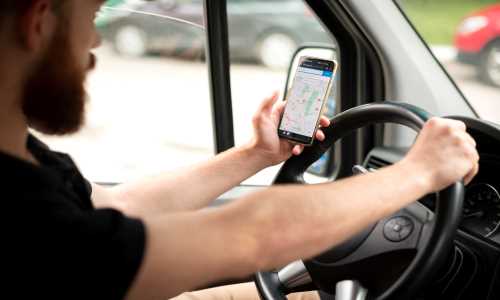 What is the Standard Mileage Rate?

For the majority of independent contractors and self-employed persons, the standard mileage rate is the most commonly used vehicle deduction method. Applying it to the given purpose that you do miles for is relatively simple – all you need to do is track the number of miles that you do and then multiply that by the applicable rate. For these purposes, the actual federal mileage rate applicable could be for business mileage, medical mileage, or charity mileage, all of which have different rates.

How to Calculate a Mileage Deduction

To elucidate the point more aptly, let’s take a look at a very simple example: Tyrone drives around 26,300 miles per year for his consulting business, meaning that under the 2022 business mileage rate of 58.5 cents per mile, he can claim tax back of $15,385.50 from the IRS as a business expense related to his mileage.

A Breakdown of the Federal Mileage Rates

We’ve already used an example with the business mileage rate, though people often search for answers related to such questions as “how much can you deduct for charity in 2022?” or other similar questions. For this reason, it is important to reiterate that the federal mileage rate doesn’t just cover business. Here are all of the relevant rates:

What is the Actual Expenses Method?

An alternative to the standard mileage rate is the more rarely used actual costs method. This method accounts for both fixed and variable costs, requiring the user to submit receipts with itemized deductions along with their IRS form. The scope of these travel expenses is wide, so let’s take a look at what kind of costs can be deducted:

As you can see, the list is fairly extensive. The question that becomes relevant, however, is why would anyone use this method when it’s so much more work to keep track of all those receipts? When you think about it, the answer is pretty obvious: the actual expenses method is for those who spend a lot of money on their vehicle for things unrelated to specifically doing mileage and paying for gasoline.

Let’s take a look at another example: Shaniqua is a massage therapist – she owns a small shop where she often performs services for clients, though she also travels a fair amount, visiting clients to perform massages at their houses. As for her car, Shaniqua drives in style – her ride is a 1974 Pontiac Firebird. The car itself is an absolute beauty, but the reality of its maintenance and insurance premiums is a nightmare.

For that reason, Shaniqua chooses the actual expenses method – she’s woke enough to do have done the math, and she knows that the standard mileage rate just doesn’t cut it for her.

How Does the IRS Set Mileage Rates?

The federal mileage rate pertaining to automobile business expenses, moving, medical and charity expenses is based on a wealth of factors that relate specifically to the current status and changes in the American automobile market specifically, though these have nothing to do with trucking rates.

More specifically, a company named Motus collates and analyzes a variety of data sets, most of which pertains to variable costs, paying attention to things like the price of gas and oil, maintenance, and even insurance premiums.

The analysis is complicated and extensive – after it has been done it is then up to the IRS to set the rates for the year. Some rates, like the charity rate, have not changed in years – the last change we’ve been able to find happened in 2007.

The Best Way to Keep Track of Your Mileage

Having taken a lengthy look at the different aspects of mileage rates and their relevance, one thing remains: actually tracking your mileage. Whether you use the actual expenses method or the standard mileage rate you still need to keep a log, and the most effective way to do that in modern times is with a mileage tracking app. Certainly, there are a vast array of these apps out there, though having tested many of them, we found one provider in particular to be both noteworthy and affordable: MileageWise.

Let’s take a look at some of the reasons you might want to use this software to track your mileage:

Mileage Rates in the Past

You can find a full breakdown of all the mileage rates historically on the IRS’s website. Notably, the standard mileage rate has risen significantly over the last ten years, including a 2.5 cent increase per mile driven, comparing this year (2022) and last year’s rate of 56 cents.

Past mileage rates can be especially useful if you are contacted by the IRS for an audit, in which case it is possible that they ask for comprehensive mileage logs dating back the last three years.

In such a scenario, the app we mentioned earlier – MileageWise – can help you build a retrospective mileage log in a realistic way if there are discrepancies between your logged mileage and your odometer readings. Another notable provider, ExpressMileage, also offers this feature, though since they do not have an actual app for your phone (only PC-based software) we recommend the former of these two.