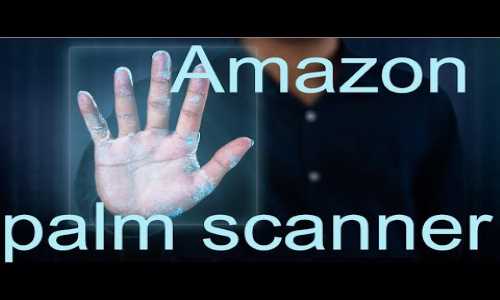 By Aaron Kesel/Activist Post September 23, 2021
Share this article:
Amazon's electronic palm reader, known as Amazon One, launched at the Red Rocks Amphitheatre in Denver last week to much fanfare promising a new method for the future of identification and payments.
This is notable because it's the first deployment of Amazon One's biometric reader outside of an Amazon-owned business, and it's certainly a sign of things to come. In fact, Amazon seems to be focused on rolling out this technology everywhere.
The company recently announced  it has acquired its initial third-party customer ticketing company AXS, which will now install Amazon's One reader in its locations starting with Denver, Colorado's Red Rocks Amphitheater.

Customers purchasing tickets will be able to associate their AXS Mobile ID with Amazon One at dedicated stations before entering the amphitheater. They can enroll at a second station once inside the theatre to use the reader at future AXS events.
However the new tech has always been about more than just fast payments. It's about Amazon controlling and verifying identities.
Amazon's new technology will soon be heading to sports stadiums and music venues across the U.S.  AXS already handles ticketing for a large number of concert and sports venues in the U.S., including the Staples Center in Los Angeles and T-Mobile Arena in Las Vegas, among a host of others.
Amazon One is already being used at Amazon's own stores, as well as several Whole Foods owned by Amazon which are testing the technology. Customers who sign up for Amazon One provide a scan of their palm print. Once registered, those palm prints can then be used to purchase items throughout the device-enabled stores. The devices are supposed to provide a quick ease of payment. But many have brought up privacy-related concerns when it comes to the devices.

"When a ticketholder is ready to enter the amphitheater using their palm, there is a designated entry line where Amazon One is enabled. When a fan hovers their palm over the Amazon One device, a unique palm signature is built by our computer vision technology," Amazon stated in a press release.
Amazon One originally launched a year ago at just a few Amazon locations and vowed to make a big push for third-party use of the device. Gizmodo noted that today "seems to be the official start of that initiative, meaning the palm readers will likely start showing up at all kinds of locations."
Amazon promises the technology is secure and doesn't store any information locally.
"The service is designed to be highly secure and uses custom-built algorithms and hardware to create a person's unique palm signature. Once enrolled, the service is contactless and ticketholders can use their palm to enter AXS ticketed venues in less than a second or two. We're excited to soon hear how AXS fans like using Amazon One to effortlessly enter their favorite events, so they can spend less time waiting in line and more time enjoying the event," Amazon said.
However, Amazon's Palm Reader has caused a lot of blowback by the U.S. Congress, who recently questioned Amazon about the invasive technology. A group of senators sent new Amazon CEO Andy Jassy a letter pushing the company for more information about how it scans and stores customer palm prints for use in some of its retail stores.

In the new letter, Senators Amy Klobuchar (D-MN), Bill Cassidy (R-LA), and Jon Ossoff (D-GA) are asking Jassy for details about how Amazon plans to expand its biometric payment system, and if the data collected will be used by the company for targeting ads.
"Amazon's expansion of biometric data collection through Amazon One raises serious questions about Amazon's plans for this data and its respect for user privacy, including about how Amazon may use the data for advertising and tracking purposes," the senators wrote.
The company had in the past sold biometric facial recognition services to law enforcement in the United States. Its facial recognition technology was the subject of a data privacy lawsuit. And it was found to be still storing Alexa voice data even after users deleted their audio files. Are we willing to trust Amazon with our biometric markers?
So whether you like this idea or not--and privacy advocates are skeptical to say the least--you're probably going to be seeing it in a lot of new locations soon. Welcome to the biometric future.
Originally published at Activist Post - reposted with permission.