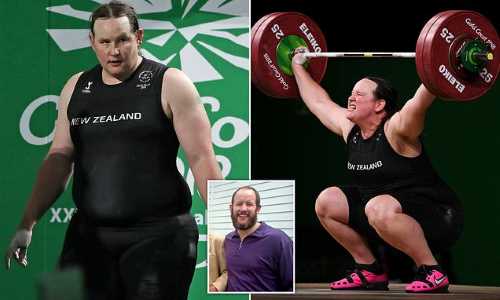 By Jonathon Van Maren/Bridgehead.ca October 09, 2021
Share this article:
It is a symptom of our stupid age that extremely obvious facts are reported as shocking news, while obvious falsehoods are reported as triumphant truths. Consider, for example, the tale of two transgender stories.
You could be forgiven for missing it -- only a few outlets covered the story because it is inconvenient to the current progressive dogmas -- but a report from the Sports Councils Equality Group concluded that "trans women" (that is, biological men identifying as women) have an advantage when playing in women's sports.
This is not only true in general, but also when testosterone levels have been reduced in order to level the playing field.

As the report states: "Current research indicates that testosterone suppression does not negate this physical advantage over females and so cannot guarantee competitive fairness and/or safety."
That said, in order to ensure that transgender athletes can exercise their God-given right to play sports with whoever they want, whenever they want, the report timidly suggested that new "universal" or "open" categories be invented, so that transgender folks and in-betweenies can still play without ruining women's sports. The report concluded that fairness in women's sports cannot be maintained if trans athletes are allowed to compete.
The report is thorough, including a review of the latest research and interviews with 300 people and 175 organizations. It is also inconvenient for trans activists, who have been making a lot of headway in colonizing women's sports: The International Olympic Committee (IOC) currently allows it.

In order to dodge inevitable accusations of transphobia, the report went out of the way to emphasize the apparent need for "prioritising transgender inclusion," without explaining why this should be a priority beyond the unspoken fact that trans activists expect society to rearrange itself around their chosen gender identities.
This story, of course, is not surprising to anyone with a functioning frontal cortex or set of eyes. Biological males have distinct physical advantages, and only when trans activists started demanding that we ignore our lying eyes have we pretended that this is not the case. Instead, we are treated to insane stories like this one, out of New Zealand.
Olympic New Zealand weightlifter Laurel Hubbard -- a biological man identifying (unconvincingly) as a woman -- has been named "sportswoman of the year" by the University of Otago. Which means that any other female Kiwi athletes who thought they might qualify are now confronted with the fact that a big, brawny dude calling himself a woman qualifies as more of a woman than they do in the eyes of the University of Otago.
Of course, this is being touted as another great win for transgender folks, who have already won most of the magazine prizes intended for women. Hubbard is the first biological male to win the award in its 133-year history, which is, for media types, a milestone.

He probably won't be the last -- the amount of self-congratulation going around indicates that this award was given to Hubbard to make the elites feel good about themselves as anything else.
A study comes out indicating that biological men have an unfair advantage in women's sports, something that everyone knows but few will admit. In order to double down, the elites hand a biological male an award dedicated to women, which has the happy side effect of rubbing this insanity in everyone's faces.
In the meantime, everyone has to play along and pretend not to see things that they see and not to know things that they know.
The only good news is that fantasy is unsustainable in the long term.
Originally published at The Bridgehead - reposted with permission