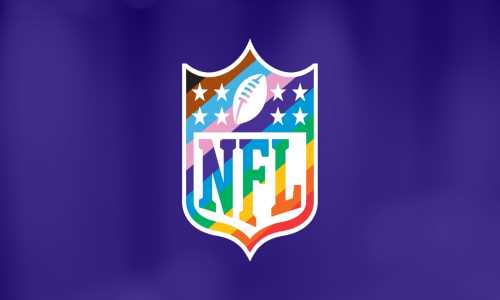 Just how Jon Gruden passed from the football scene is a sharp reminder of the inexorable march we are all on to the totalitarian one-world state. It was his thought and speech that did him in.

For those who don’t follow America’s foremost pastime, NFL football, Gruden was head coach of the Las Vegas Raiders. In an investigation of another team (Washington), parsing 650,000 emails, it was discovered that Gruden had used racist, and misogynistic language in his private emails. He had violated “NFL values.” So the story goes. (More likely he was a target.) A firestorm followed; he was forced to step down.

In reality, he had earlier crossed the league commissioner, Roger Goodell, and paid the price that a lot of other people have paid in times past when they cross the boss. Boom, fired.

The rank hypocrisy of the NFL’s action was laid bare in a New York Post piece where author Phil Mushnick posed the following questions:

“Given the NFL’s values, (commissioner) Goodell should explain why he has allowed the Super Bowl to become a festival for rappers who promote the most negative, crude and degrading stereotypes of black Americans?  Why did he allow Jennifer Lopez to become a bump-and-grind pole dancer to the NFL’s largest audience? NFL values?  Why was another round of antisocial garbage ordered for this year’s Super Bowl “entertainment”? Why has the NFL, under Goodell, determined for all of us that if you don’t favor N-wording, women-bashing, gun-worshipping, crotch-grabbing, gutter-vulgar rappers the Super Bowl is not for you?”

Whether one approves or disapproves of Gruden’s language, (and few would hoist the flags of racism or misogyny) Gruden exercised his constitutional right of free speech in private communications, and was executed in the court of public opinion for it.

“I may disagree with what you say but will defend to the death your right to say it,” attributed to Voltaire, was emblematic of the Enlightenment, which, in turn led to the formation of the American republic, which featured the Bill of Rights.  We are very, very far in spirit now from that era.  We are entering and are already well into a perilous New Dark Age.

Others have recently shared Gruden’s cancel culture fate, with more at stake than pigskin glory, and in each case, the tightening vise of censorship presages much worse.

Top doctors and scientists with impeccable credentials like Dr. Peter McCullough (Baylor), Dr. Michael Yeadon (formerly of Pfizer) and Dr. Robert Malone (an originator of the mRNA technology) expressed thoughtful reservations about the Covid vaccine campaign and were promptly held up as scientific pariahs.  So they are cancelled: excluded from Big Media and censored on Social Media.

Fortunately, these individuals don’t accept their “cancellation.” Dr. McCullough, for example, recently sued the FDA to get the data they used to approve the vaccines.  Sued?  Wouldn’t you think such important information would be publicly and easily available? Well, you would, and you’d be wrong.

The uncritical mentality of medical colleagues is deeply shocking.  I recently inquired of the necessity of a battery of medical tests of a physician.  He wrote back: “I just follow the expert advice.”  I am going to guess nine out of ten of his colleagues do the same.  So, when Dr. A. Fauci says “follow me, follow the ‘science,’” and when the actual empirical VAERS database shows vast numbers of deaths and injuries from the vaccine --- doctors don’t consult the actual data they instead “follow the experts.”(It’s just so much easier.)

Even when Fauci has been proven to have lied to Congress by an Intercept investigation, and Sen. Rand Paul referred the matter to the Justice Dept.  (Don’t hold your breath on that one.) This is the fuel that turns the totalitarian engine: unquestioned obeisance.

For the remaining 5% or 10% of doctors who can and do still think for themselves, as they were educated to do, stronger methods are employed. State licensing boards threaten the loss of licensure to any physician who speaks outside the official narrative “get vaxxed.”

The bizarre lack of focus on Covid therapeutics – rates not a word in the media. When Joe Rogan overcame Covid with ivermectin and other therapeutics, Big Media censored him, ridiculed his use of a “horse wormer.”

Censorship is not limited to medicine and science. It is ubiquitous. This is how you know it’s not a one-off in medicine, but the very spirit of the times.

Mike Lindell’s “My Pillow” products were dropped by Kohl's Department store, Kroger, Bed Bath and Beyond, and other chains.  His crime:  he supported President Trump and conservative causes.

Pilots, police, fire and military, among others, are in the process of being fired for their unwillingness to take the jab. There is some pushback, which is encouraging, but forces against them that are irrational, metaphysical, Satanic, and it is doubtful that they can turn back the tide.

Perhaps most ominously, Apple has just censured both the Bible and Koran in China at the behest of communist officials there. What would stop them from the doing the same on a global basis – if requested by government officials? The NBA similarly bowed the knee to China rather than address abuses there. Money is their common motivation.

Censorship is cousin to deception and indeed, a spirit of deception has been loosed on the world – by God, through his agent Satan.  Does that surprise?  That’s it’s from God? The Bible says God gave those who did not like to retain him in their knowledge over to vile affections, uncleanness, and the reprobate mind.  Reprobate means depraved, conscience-less.

That sourcing for the current intellectual blight should be both encouraging, and sobering.  Encouraging: God is in control and things are playing out according to his plans, so on the macro-time-level, no worries.  Sobering: we are under siege by the enemy. On the micro-time-level, there is stress, anxiety, pain.

And there will be more, much more. Christian preachers have been arrested and jailed as criminals (“hate speech”). Biden called D.C. protesters “domestic terrorists.” That was in January, 2021. In the aftermath of the shameful Afghanistan withdrawal, the White House, on the other hand, called the Taliban “businesslike” and “professional.” Few noticed the irony.

Where does this all end? The ante gets raised, day by day, week by week, month by month.

The stage is set, and in various ways, for a string of human catastrophes:

- financial collapse (no way to repay the staggering public and private debts undertaken in recent years; China’s real estate market is imploding, which domino will foment the collapse?)

- more pandemics (with Fauci funding the Wuhan bio-military lab, and lying about it, can more such pan- or plandemics be far behind?)

- wars (will the USA defend Taiwan?; will Israel strike Iran?)

These are the dry tinder scattered now on the world stage, doused in kerosene, just awaiting a single match to create global conflagration. What if all three are triggered at once?

Unimaginable devastation.  All peoples will cry out for someone, anyone, to end the pain and suffering.

Then the globalists will at last have their world government and anoint their own Antichrist to run it.

This is where the pressure to conform will reach its maximal force. Eventually, in time, more than one’s ability to attend a concert, or even keep your job, will be at stake. The “mandate” will come to take the mark, the chip, the chemical, the pharmakeia, that goes into the hand to facilitate buying and selling. Those who reject it, those unwilling to worship the Beast, the Antichrist, are put to death.

Football and the Super Bowl and entertainers will all seem less than trivial at that point. Only the things of God, only the rescue of humanity by his Son Jesus Christ will matter, and he will appear in short order to put things right, and usher in the long-prophesied era of peace and prosperity, and real and permanent human freedom from fear and want and death.  And when the Son makes you free, you are free indeed.

John Hamilton is the author THE COVID VACCINE: And the silencing of our doctors and scientists and FALSE FLAGS, State Secrets, Government Deceptions:  A Short History of the Modern Era.