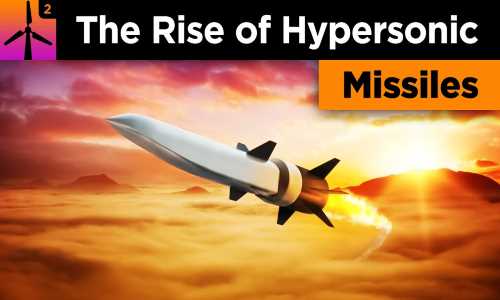 By PNW Staff October 18, 2021
Share this article:
Russia recently announced it had successfully test launched it's new Tsirkon (Zircon) hypersonic cruise missile from a submarine, the latest test of emerging weapons President Vladimir Putin has dubbed "invincible."
Putin has said Zircon would be capable of flying at nine times the speed of sound and have a range of 1,000 kilometers (620 miles). Putin has emphasized that its deployment will significantly boost Russian military capability.
The Russian government has in recent years touted the development of weapons it believes will give it an advantage in any arms race with the United States at a time when tensions with the West are growing.

Military experts believe that Russian submarines are the most likely to survive a direct conflict with the US and NATO, the launch represents a significant breakthrough for Russia. As the country lacks the technology to build long-range stealth bombers that can evade American radar systems, these weapons are usually carried by submersibles, which are the stealthiest vessels available.
Hypersonics can maneuver in mid-flight, making them much harder to track and intercept than traditional projectiles.
According to one report, given the speed at which they travel, "the air pressure in front of the weapon forms a plasma cloud as it moves, absorbing radio waves and making it practically invisible to active radar systems."
In addition, the reaction time of even the advanced US Aegis-class system is too slow to be able to intercept such missiles. Experts estimate that "it would take fewer than a half-dozen of those missiles to sink even the most advanced American aircraft carrier, such as the USS Gerald R. Ford."
Putin previously announced an array of new hypersonic weapons in 2018 in one of his most bellicose speeches in years, saying they could hit almost any point in the world and evade a US-built missile shield.

Russia is not alone in these efforts. China has been making consistent efforts at developing hypersonic weapons and has now surprised US military experts with its own recent test that included a rocket in space carrying a hypersonic glide vehicle which circled the globe before before speeding towards its target.
By circling the globe, it shows the weapon potentially has a range of some 25,000 miles and can operate in space. It means the missile can theoretically hit anywhere on Earth.
The test showed that China had made astounding progress on hypersonic weapons and was far more advanced than US officials realized. One US intelligence official was even quoted as saying "We have no idea how they did this".
Taylor Fravel, an expert on Chinese nuclear weapons policy who was unaware of the test, said a hypersonic glide vehicle armed with a nuclear warhead could help China "negate" US missile defense systems which are designed to destroy incoming ballistic missiles.
The test has raised new questions about why the US often underestimates the pace of China's military modernization and led Beijing to mock America by saying the test is a "new blow to the US's mentality of strategic superiority over China'.
In recent months, US officials have warned that China's nuclear capabilities are growing, particularly after satellite imagery revealed that it was building more than 200 intercontinental missile silos. China has refused to discuss its nuclear arsenal and policy with the US because it is not bound by any arms control agreements.
Former Director of National Intelligence (DNI) John Ratcliffe warned earlier this year that the Biden administration was in for a shock once they were finally brought up to speed on the advancements that the Chinese military has made in recent years.

Mounting concern about China's nuclear capabilities comes as Beijing continues to build up its conventional military forces and engages in increasingly assertive military activity near Taiwan. Some experts are concerned that the fiasco in Afghanistan has bolstered China's timeline for invasion of the island nation.
Beijing's mouthpiece media has been warning that it is 'only a matter of time' before the island falls into their hands and that World War Three could be triggered 'at any time'.
Satellite images recently showed how China has upgraded military air bases close to Taiwan, in the latest hint at potential invasion plans. The images come after the People's Liberation Army air force launched 149 sorties into Taiwanese air defense identification zone (ADIZ) from October 1 to 4 - a record number.
With the threat of hypersonic missiles now looming over any potential invasion, US plans to aid Taiwan could come at great cost.
Congress has been warned several times that hypersonic missiles developed by Russia and China will be harder to track and defeat. The United States has discussed the possibility of putting a layer of sensors in space to better detect enemy missiles, especially hypersonic threats.
As part of the administration's plans, the U.S. is also exploring the possibility of basing interceptors in space, so it can strike incoming enemy missiles while the booster engines are still burning.
Such planning may be too little too late as China now appears ready to take the lead in this particular arms race.