Is The US Missing The Bigger Picture On Iran? 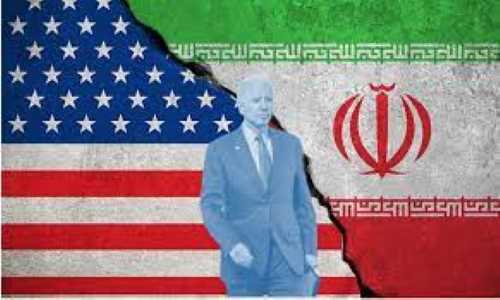 By Dan Schueftan/JNS.org November 27, 2021
Share this article:
The coming months are crucial to Israel's national security because the decision that the United States makes with regard to Iran will shape our strategic environment for years to come. And whoever looks at the implications of U.S. policy from the nuclear aspect alone is missing the point.
President Joe Biden will either choose a responsible policy that will prevent Tehran from gaining regional hegemony, and allow Washington to divert its resources to its struggle against China, or one that will turn the ayatollah-led regime into a superpower whose actions will most likely lead to a widespread conflict in the Middle East.
The democratic West in general and the United States in particular have consistently failed to understand radicalism. They assume that what emanates from radicals are empty "extremist" slogans and that fundamentally "rational" leaders will act "pragmatically" when they "have something to lose."

This is also how they misunderstood Nazi leader Adolf Hitler, Palestinian leader Yasser Arafat, Syrian President Bashar Assad and Turkish President Recep Tayyip Erdoğan, to name a few.
A similar "cultural blindness" has consistently failed Americans when they tried to bring democracy to Iraq, pluralism to Libya, acceptance to the Muslim Brotherhood, women's equality to Afghanistan and peace to Palestinians.
As for Iran, a nuclear deal will only marginally curb its nuclear progress, but will greatly increase its capabilities and regional aggression. Having enriched uranium to record-high levels, it only lacks the launch means and weapons system to become a nuclear threshold state.
The danger of the nuclear deal lies in the strategic realm in which Washington has failed repeatedly, by obsessively focusing on a much-needed, but secondary, goal in a way that disregarded the main one.

As such, focusing on curbing Tehran's nuclear enrichment efforts alone will eventually make it easier for the regime to become a nuclear threshold state and strengthen its status as a regional power.
The key questions remain economics and consciousness. Lifting the sanctions will bring the regime in Tehran tens of millions of dollars and will open the door for hundreds of billions more from Europe, China, India and others.
A critical U.S. contribution to strengthening Iran and its regional control will almost inevitably lead to a conflict with Israel, which sees such hegemony as an existential threat. Such an outcome can still be prevented if Washington examines the overall regional repercussion of the nuclear deal.
Originally published at JNS.org - reposted with permission.