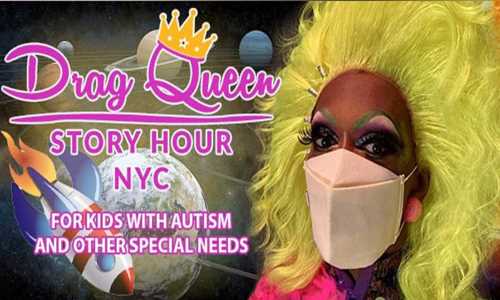 By Jonathon Van Maren/Bridgehead.ca November 30, 2021
Share this article:
As a flurry of laws attempting to protect children from the impacts of gender ideology pass across the United States, trans activists have been responding by smearing their critics as fearmongers. First and foremost, they are offended by the accusation that they are targeting children.
This defence is obviously delusional, as evidenced by the explosion of LGBT children's entertainment and the colonization of public education. Trans activists are targeting children, and they are using every tool at their disposal. A swift survey of social media brought up plenty of examples, and those of you who read this blog regularly will already be familiar with trans activist tactics. Let me cite just two to prove the point.

You may wonder what Kraft Peanut Butter has to do with transgenderism, but as Big Business goes woke and the rat race hoists a rainbow flag, corporations are now down with the revolution. And so the brand has published a limited-edition children's book titled His, Hers, Them & Theirs: Learning Pronouns with the Bears. The book features Kraft's bears Crunchy and Smoothie learning how to use preferred pronouns through conversation and why this is so important for families to do.
"At Kraft Heinz Canada, diversity and inclusion are core tenets for us as an organization and it's essential we're contributing to a more inclusive, accepting space and driving progress through tangible action," said Jacqueline Chao, brand manager, brand building & innovation, Kraft Heinz Canada. "As a brand committed to nourishing connection for Canadians, Kraft Peanut Butter is a proud ally for the LGBTQ2S+ community and we felt there was still work that needed to be done."

To accomplish this nourishing of connections (when did a peanut butter company start with this babble? Who asked them to do this?) Kraft hired trans author Nick North and "LGBTQ2S+ illustrator Paul Dotey" to produce the book, which seeks explicitly to "normalize conversations around pronouns and [educate] the next generation." Coming with your PBJ: gender-confused kids and recently-invented words. Proceeds from Kraft's little tract will go to an LGBT charity. As North stated:
Using correct pronouns is important to affirm a person's identity and shows respect for who they are. For people who've never had to think much about their pronouns, they may not know why this is important and why continued advocacy for the Transgender and LGBTQ2SI+ communities are so needed. As an author and member of the Trans community, I'm thrilled to partner with Kraft Peanut Butter on this children's book to do just that. Providing the tools to educate and inspire the next generation is crucial for building an inclusive society for someone like me.

Just so we have this straight, that's a transgender activist writing a children's book aimed at transforming the views of kids on the dime of a massive corporation. But remember: The trans movement doesn't target kids. Except for when they do. All the time.
There's also Drag Queen Story Hour which, despite the growing backlash to these events (and revelations that in several instances, sex offenders participated) has only grown as a phenomenon. In fact, next month the New York Public Library is hosting "Drag Queen Story Hour for Kids with Autism and Special Needs." From the event's description:
Drag Queen Story Hour is just what it sounds like--drag queens reading stories to children in libraries, schools, and bookstores. DQSH captures the imagination and play of the gender fluidity of childhood and gives kids glamorous, positive, and unabashedly queer role models. And because drag queens are professional, eye-catching performers, they are also the perfect ambassadors for helping kids to discover the magic of reading!
Children with disabilities are welcome at any DQSH event, but DQSH for Kids With Autism & Other Special Needs has the needs of children with ASD and other special needs in mind by design.
Don't worry though--the organizers assure the parents that the drag queens will all be wearing masks, so the kids (who are not being targeted) will be 100% safe.
Originally published at The Bridgehead - reposted with permission.