Why Is NASA Hiring Religious Leaders To Prepare For Encounter With Aliens? 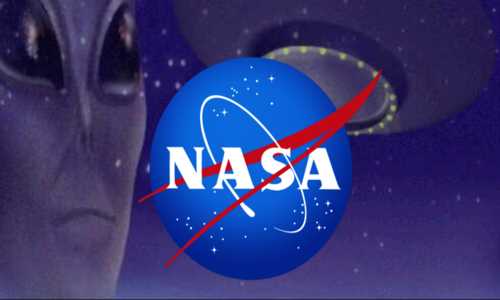 By David Sidman/Israel 365 December 28, 2021
Share this article:
In a rather bizarre move, NASA has recruited a British priest to prepare the religious for the discovery of alien life as space agencies claim to be getting closer to discovering evidence that life exists outside of planet earth reports The Times.
Reverend Dr. Andrew Davison, a priest and theology professor at the University of Cambridge, is among 24 theologians who are participating in a program sponsored by NASA at the space agency's Center for Theological Inquiry (CTI) at Princeton University.
The theologians are attempting to assess how major religions would react to news of alien life being found.

The appointment comes as NASA's $10 billion James Webb Space Telescope blasted into space on Christmas day.
The vessel will implement cutting-edge technology to examine every phase of cosmic history inside the solar system to the most distant observable galaxies in the early universe.
The device, which features infrared capabilities, will study a wide array of scientific questions to help mankind better understand the "origins of the universe and humans' place in it."
One NASA expert said, "We may not discover life for 100 years. Or we may discover it next week."
Davidson seeks to answer theological questions such as whether or not God made life in other parts of the universe and if he sent a savior to die for the sins of aliens.
Another question the British priest seeks to tackle is if discovering extraterrestrial life will require religions to rewrite the entire story of creation in Genesis.

Davison applied for the role after debating these questions with his theology students.
Davison spent an academic year at Princeton University in 2016 in a $1.1 million program sponsored by NASA, called: The Societal Implications of Astrobiology.
CTI head Will Storrar said that Nasa wanted to see "serious scholarship being published in books and journals" addressing the "profound wonder and mystery and implication of finding microbial life on another planet".
According to Davison's book, the world's major religions would take the news of an alien discovery "in their stride."
Originally published at Israel365 News - reposted with permission.