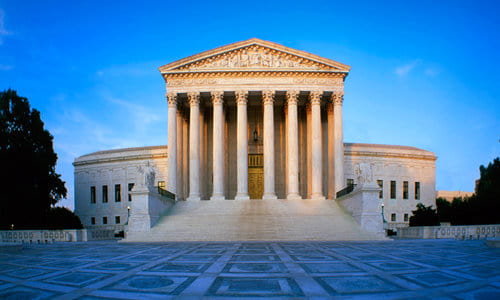 This past week, the U.S. Supreme Court issued not one, but two momentous if not earth-shattering decisions. While one of them rescinded the 1973 decision on Roe vs.Wade calling it unconstitutional at is base, the other addressed an issue that is entirely rooted in the constitution. That is, the Second Amendment which allows U.S. citizens the right to bear arms.

The decision targets the many mandates and conditions for obtaining a handgun in New York State in particular, referring to them as “unconstitutional.” However, the ruling does not deal with handgun safety such as trigger locks, gun safes, and even gun concealment furniture. It merely deals with the constitutional law established by the founding fathers of America.

According to a new report, as shocking as it was to some New York State lawmakers and manyfederal legislators, the Supreme Court’s Second Amendment ruling was limited in scope. That is, it struck down requirements adopted in at least six Democratic-led states that “curbed who may obtain a license to carry a handgun in public.”

However, contained within the 63-page majority opinion penned by Associate Justice Clarence Thomas, is an important shift in the manner in which federal courts will review firearm laws. Experts say the changes will likely prompt challenges to other restrictions that Congress has included in their newly passed bipartisan gun safety package such as so-called “red flag” laws which at base, are unconstitutional.

The SCOTUS’s 6-3 majority ruling utilized a challenge to New York State’s gun licensing requirements that reject a legal standard lower courts use to make an assessment on gun restrictions evident in the Second Amendment. Rather than embrace that standard, Judge Thomas stated that to “pass constitutional muster” gun regulations must remain “consistent with this nation’s tradition of firearm regulation.”

Law experts are already agreeing that the law will likely leave dozens of gun regulations vulnerable to legal challenges if they do not adhere to the laws and/or practices set in place when the Second Amendment was first drafted and adopted back in 1791and also when the Fourteenth Amendment went into law in 1868.

Again, these will almost surely include the red flag laws which permits lower courts to deny and/or remove firearms from anyone they see as a threat. Something that did not exist in 1791.

Says UCLA School of Law Professor and Second Amendment expert, Adam Winkler, “Thomas says only gun regulations consistent with historical regulation of guns are permissible. Red flag laws, however, are a modern invention.” The professor adds that bans due to domestic abuse are newly invented also.

Those represent just two of the policies that are said to be included in the new gun legislation approved by the Senate and signed by the President. The new legislation was drafted in response to a rash of mass shootings that have occurred under President Biden’s watch, such as those in New York, Buffalo, and Uvalde, Texas. The legislation provides for funding that will encourage states to adopt new red flag laws.

The laws would prevent partners in a recent or current relationship from purchasing handguns if they’ve been convicted of domestic violence, for instance. But some worry that it would also potentially prevent an individual from purchasing a handgun if his or her politics do not line up with either the state and/or the judge presiding over the court.

The main issue Clarence confronted is a century-old New York State law that requires residents to show proof of “proper cause” to carry a handgun. That is, for self-protection that’s greater than most people can demonstrate. For instance, people who carry significant amount of cash for their work or well-known figures might meet this threshold.

Two residents of Upstate New York, who joined with the New York State Rifle and Pistol Association, initiated a lawsuit when a county licensing official made the decision that they didn’t demonstrate “extra need” and therefore were denied the carry privileges they were seeking.

With the requirement struck down, the Supreme Court has paved the way for what will likely be immediate challenges to very similar gun restriction laws in New Jersey, California, Maryland, Hawaii, and Massachusetts. But 43 states possess “shall issues” rules which automatically presume residents are legally entitled to carry a gun so long as they meet the legal requirements established by the states, such as clearing the background checks and completing a training course for firearms.

The SCOTUS’s outcome regarding the Second Amendment should not have come as a surprise given the more conservative justices reposes to oral arguments last November of 2021. Back in 2008 and 2010 a divided Supreme Court struck down a ban on handguns in Washington D.C. and Chicago that ruled U.S. citizens have an individual right to own a handgun in their own home.

In the wake of those decisions, the sale of illegal firearms have spiked in both cities. Chicago currently is one of the most dangerous cities in the country, with dozens of shootings per week. Washington D.C. also suffers from high crime rates.