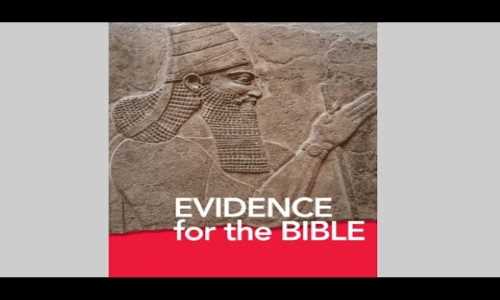 By John Stonestreet/Breakpoint.org January 11, 2022
Share this article:
"It is the glory of God to conceal a matter," writes the author of Proverbs, "but the glory of kings is to search things out." The Biblical account of reality--that God created a world that was knowable and His image-bearers to be knowers--powerfully explains the human drive to learn and investigate the world around us. It also justifies the utilization of general revelation as we pursue knowledge of the created order through various branches of science.
To put it bluntly, the Bible is not anti-science. Rather, the Bible explains why science works. And, every once in a while, the Bible offers an insight that sheds further light on an unsolved question of science. That seems to be the case with the Assyrian destruction of Lachish, an event recorded in the book of Kings. The accurate Biblical accounting of this event has provided scientists with a reliable anchor from which to better answer two tricky dilemmas: one having to do with geophysics and the other with archeology.

A recurring question of geophysics is how to measure changes in the Earth's magnetic field over time. The Earth's magnetic field acts like a massive cosmic shield, protecting us from solar winds that could disrupt navigational equipment, introduce harmful radiation into the atmosphere, or perhaps even blow our atmosphere away completely.
The earth's magnetosphere is not a perfect shield, however. For years, scientists have known of gaps in the magnetosphere over certain regions, which drift over time. However, since measurements have only been collected since the 1850s, there is also a significant gap in our knowledge of how the magnetosphere has changed in the distant past.
Though it's possible to take sizeable measurements from the magnetic record in rocks, localized measurements are much harder to obtain. Or, at least, they were harder to obtain until research found a way to use burned-out ruins from ancient archeology.

Tel Aviv University's Yoav Vaknin recently led a team to Tel Lachish to measure magnetism. When the Assyrian King Sennacherib burned Lachish in 701 BC, he unknowingly reset the magnetic charges in the minerals found in floors, tools, and pottery pieces. As they cooled, these artifacts re-attuned to the Earth's magnetic field, forming a snapshot of the Earth's magnetic field in that particular location at that specific moment.
With enough snapshots like this one, scientists could much better piece together how the magnetic field has changed over time. If, of course, the Biblical dating of this event is accurate.
The consensus from historians is that it is. "In the fourteenth year of King Hezekiah's reign," 2 Kings 18:13 tells us, "Sennacherib king of Assyria attacked all the fortified cities of Judah." By providing accurate dating of Aramean, Assyrian, and Babylonian conquests of the region, the Bible gives scientists the kind of helpful "data footholds" they can reliably use.
And this is connected to a second advance enabled by the Bible in archeology. For reasons not fully understood, radiocarbon dating isn't accurate around the years 800-400 BC, an historical period known as the "The Hallstatt Plateau." The curve of carbon-generated dates around this time is distorted, flattening out where it seemingly shouldn't. As a result, scientists cannot reliably carbon-date objects within a sizeable and important stretch of history.
Breakthroughs like the one at Lachish give us a new way to find those dates through archaeomagnetism, a process that uses the magnetic readings from archeological sites to help determine their age. As with the advance in geophysics, archaeomagnetism is dependent on reliable, independently established dates from ancient history. That's the kind of thing Scripture offers over and over again.

This isn't the first time the Bible's accuracy has been vindicated, of course. The Old Testament predicted the existence of ancient groups like the Hittites long before anyone discovered evidence of their culture. Its description of the assassination of the same Assyrian king Sennacherib matches the one his son, Esarhaddon, provides in his records. At the ruins of Jericho, many archeologists believe there is evidence of a sudden structural collapse, which would align with how the book of Joshua describes the city's destruction.
Of course, many mysteries remain about how the many pieces of the archeological record fit with the Biblical one. But in the words of archeologist and Jewish scholar Nelson Gluek, "[It] may be clearly stated categorically that no archeological discovery has ever controverted a single Biblical reference." Yet, "scores of archeological findings have been made which confirm in clear outline or exact detail historical statements in the Bible."
This is what we should expect from a religion grounded in history. The Bible describes real things that happened to real people. We should expect it to provide accurate data about the events it reports, even events from the ancient past. And if true, the data it presents could help us solve puzzles about the world around us.
Originally published at Breakpoint.org - reposted with permission.