US Surveillance State About To Expand With Millions More Traffic Cameras 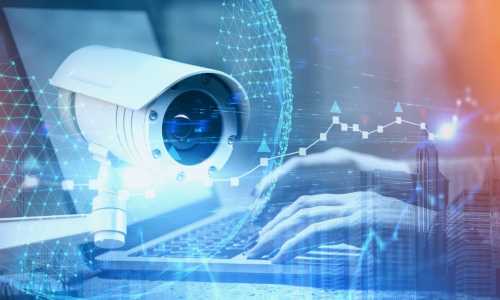 By Jeff Thompson/Organic Prepper February 08, 2022
Share this article:
Transportation Secretary Pete Buttigieg has recently announced that there are too many traffic-caused fatalities throughout the US. The solution? The installation of millions of traffic cameras throughout the United States in order to automatically ticket those who violate speed limits and other traffic rules.
Pete's stated goal is the complete elimination of traffic fatalities. He wants to institute policies until exactly zero Americans die per year by vehicular accidents. While keeping people from dying is a noble goal - after all, who could argue against that? - is this really what Pete and his ilk are pushing for?
Is the installation of one of the largest surveillance programs in US history truly about nothing other than traffic fatalities? Let us consider the facts:
Climate change is the new COVID.

Agenda 21 has made it very clear that the end goal is to subject the entire world to communism ("You'll own nothing, and you'll be happy."). One minor goal along the way is the elimination of greenhouse gases. Nobody wants to tackle the largest worldwide culprit of greenhouse gases, but America needs to come under the thumb of a global government organization at all costs.
This is why you're seeing the current push for eating fake meat and bugs, the push to update all of American architecture to "green" designs, and the push for electric vehicles. But Agenda 21 and the entire climate change push has never actually been about climate: it's always been about control.
"Tackling climate change" is really about tackling both Uncle Sam and human freedom, and then slowly amputating limbs, piece by piece.
The elimination of cars helps to achieve these goals.
No, you won't see the outright ban of vehicles. Such a notion is too far, too fast. Instead, you'll see more and more restrictions placed upon new cars. Kill switches will be installed in the motors - controlled by the government - allegedly, "to stop theft." Cars will be switched over to electricity rather than oil, in a move allegedly designed "to help save the planet."
When you can't drive, you are forced into tighter living spaces so that you can walk to get the daily necessities of life. Does it come as a surprise to anyone that the forced resettlement of humanity into small urban centers is a tenet of Agenda 21?
But this is the long game. What are you going to see in the short run?

Did you know that Canadian officials recently announced that they tracked 33 million Canadian phones throughout Lockdown?
Did you know that Australian officials recently required the citizens they serve to download a state-run app on their phones? Citizens receive random notifications from the Australian government that they must respond to within 15 minutes. Australian citizens must take a selfie that utilizes facial recognition and geolocation to determine whether the citizen is outside of the boundary of where they are "legally" permitted to be. Failure to respond results in police being sent on their way.
Did you know that during Lockdown, Australia locked down its entire country, stating that "where you slept last night is where you'll spend the next six weeks"?
Did you know that there was massive gridlock in Paris after the announcement of a month-long Lockdown? People were seeking to escape authoritarianism as quickly as they could. What happens when it becomes illegal to leave? What happens when they know if you took the road?
Do you have any freedom when authoritarian demands also have the power a complete Big Brother system gives? Where there is Big Brother, the cost of living free becomes dangerous.
Have you not seen this with the recent incorporation of medical passports throughout the world? Is it too hard to imagine that a nationwide, federalized traffic camera network wouldn't actually be used to enforce speed limits, but would instead be used to ensure that you comply with new "public health" decrees?
I ask these questions to suggest the following...
I do not believe this massive network of traffic cameras has anything to do with speed limits, but everything to do with control.

Now, you are seeing the means be installed with which it will be guaranteed you cannot leave your home without being watched. The means are being installed by which it will be guaranteed you can't get to a grocery store, a hospital, anywhere. Once this network of traffic cameras is up and running, any hope of anonymity is gone.
You think you'll "go underground" - engaging in a barter economy? You think you'll open a "parallel economy?" How are you going to do that when license plate readers are at every intersection and they know who you are, your dart status, and where you live?
You can leave your phone at home, thinking you won't be able to be tracked by Big Brother that way, but it will be to no avail. Your every step will be monitored as you drive down the road.
You think you'll go it on foot then? What makes you think facial recognition won't be installed in those traffic cameras? Why do you think that cameras on sidewalks wouldn't be the next step? Would cameras on the sidewalk even be necessary? We are already seeing police officers stopping people on the street asking to see their papers.
Why do you think this won't happen here?
The traffic cameras are not about speed limits. It never was.
Originally published at Organic Prepper - reposted with permission.