With Talk Of War, Let's Take A Look At The Current State Of The U.S. Military 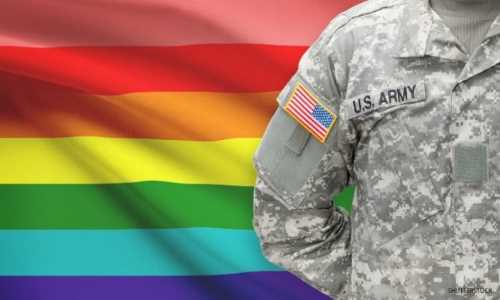 By Michael Snyder/Economic Collapse Blog February 25, 2022
Share this article:
At one time, the U.S. possessed the greatest fighting machine ever assembled, but decades of neglect, incompetence and cultural deterioration have taken a devastating toll.
Just look at what happened in Afghanistan.  After nearly two decades of fighting, we couldn't even defeat a ragged bunch of drug dealers and goat herders known as the Taliban.
In fact, the Taliban appears to be even stronger today than when we first invaded.  And now we think that we can take on the Russian military?
Sadly, the truth is that we aren't ready for any sort of a major conflict at this stage.  Earlier this week, I came across an article that explained that only about 7 out of every 10 Air Force planes is even capable of flying right now...
The latest numbers show that the Air Force has made no progress in improving the readiness of its planes with a rate of 71.5% or 7 out of 10 planes in 2021.

The United States Air  Force is supposed to have mission capable rates of 75% to 80%, but about the only aircraft that meet that criteria are the unmanned drones. The high ratings of the drones disguise the fact that the actual numbers, when broken down by aircraft, are worse.
The F-35As, the fifth generation fighters that would be crucial in countering any sizable aerial engagement with Communist China, dropped catastrophically from 76% to 68.8%.
We are supposed to be the most technologically advanced military on the planet.
That is terrible.
And when members of the U.S. Army were asked if their units were ready to fight, the survey results were depressingly low...
In a survey of more than 5,400 soldiers and civilians of different ranks conducted by the U.S. Army in July and August 2020, 14 percent of respondents said their unit would be ready to deploy, fight, and win anywhere in the world immediately. Some 13 percent of those surveyed said they would need more time, while 3 percent said they would be ready to go in a week, and 4 percent in a month.
How can things possibly be this bad?
Our military has one job.  They are supposed to be ready to fight when we call on them.
So precisely how are they spending their time if they have not been using it to do that one job?

The U.S. Navy is not in great shape either.
Right now, our Navy consists of only 296 vessels...
In FY 2022, fleet size stays about the same, at 296 ships. Previously ordered ships arrive in large numbers, but the Navy retires 15 ships, 10 early. Navy active-duty personnel decrease by 1,600 to 346,200.
296 ships may sound like a lot, but for a superpower like the United States it is actually a pathetically low number.
In fact, the number of ships in our fleet has almost been cut in half since Ronald Reagan's second term in office...
The 600-ship Navy was a strategic plan of the United States Navy during the 1980s to rebuild its fleet after cutbacks that followed the end of the Vietnam War. The plan, which originated with Republican leaders, was an important campaign plank of Ronald Reagan in the 1980 presidential election, who advocated a larger military and strategic confrontation with the Soviet Union.
The actual number of ships peaked at 594 in 1987, before declining sharply after the end of the Cold War in 1989-1991.
Looking forward to the future, things look even more grim.
At this point, over 70 percent of young Americans are automatically disqualified from military service for one reason or another...
More than 70% of young Americans remain unable to join the military due to obesity, education problems, or crime and drug records. Turning that around should be an issue of national importance, said Rear Adm. Dennis Velez, the head of Navy Recruiting Command.
"It is something that, as a nation, we should continue to work though ... to make sure our children are healthier," he said.
If that doesn't alarm you, it should.

And thanks to the soft and comfortable lifestyles that our young people enjoy today, those that make it through the recruitment process are more physically fragile than ever before...
According to a U.S. Army major, America's youth are living a sedentary life that makes them fragile, prone to injury, and harder to successfully and easily transition from civilian life to the military. The news comes from an official press release posted on the Defense Visual Information Distribution Service, a hub of official pictures, videos, and news published by the Pentagon
When one military official was asked about this, he stated that this generation actually has weak skeletons which "break more easily"...
When asked about the youth of today, Maj. Thibodeau was straightforward. "The 'Nintendo Generation' soldier skeleton is not toughened by activity prior to arrival, so some of them break more easily," he said.
Capt. Lydia Blondin, assistant chief of physical therapy at Leonard Wood Army Community Hospital, detailed the kind of injuries she's seen in the so-called Nintendo Generation. "We see injuries ranging from acute fractures and falls, to tears in the ACL, to muscle strains and stress fractures, with the overwhelming majority of injuries related to overuse," she said.
Wow.
But at least our military is extremely good at making diversity videos...sadly this video comparing Russian and US military recruitment promos went viral making a mockery of US recruitment.
After seeing how "inclusive" we are, I am sure that the Russians must be shaking in their boots.
Sending our sons and daughters off to die in a war on the other side of the globe is not something that should ever be done lightly.
And a war with another superpower is something that we should try very hard to avoid even if our military was in top shape.
Unfortunately, our military is nowhere near ready for such a conflict at this point, and our leaders should be honest with the American people about this.
But of course most of the population is going to continue to assume that the U.S. military is still the mighty fighting force that it once was, but that hasn't been true for a very long time.
Originally published at The Economic Collapse Blog - reposted with permission.