Why is the world watching the impact of the Italian election result so closely? 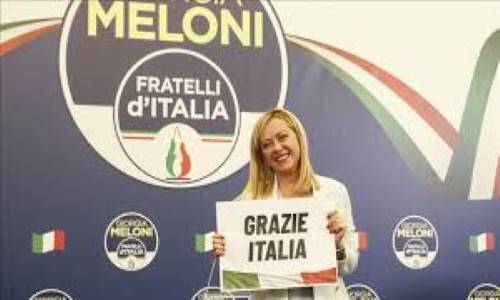 Italy has elected its first far right government since World War II, with GiorgiaMeloni set to become the country’s first female Prime Minister when the government legally forms (around mid-October 2022). Many around the world are watching carefully to see just what that means for Europe and beyond. But why is this such a big deal?

One reason is that the EU is currently facing multiple crises. It is difficult timing, then, for one of its founder members to elect a Prime Minister who has been very clear in her anti-EU stance while campaigning. Among other things, GiorgiaMeloni has stated that she is going to “crash the EU party” – hardly the kind of cooperation that the EU needs when dealing with matters such as the global energy crisis, the spiraling cost of living in many countries, Russia’s war in Ukraine, the climate crisis and the implications of the UK’s departure from the group.

The world is also watching to understand just how people’s fears over migration can be manipulated. GiorgiaMeloni has campaigned on an anti-immigration stance, which is worrying from a perspective of freedom of movement within the EU and for those moving into the bloc. Italians have the highest error rate in Europe when it comes to overestimating how many immigrants are in their country. Survey data shows that respondents believe the proportion of non- EU immigrants in Italy at 24.6%, while it actually stands at just 7%. GiorgiaMeloni and colleagues have been able to use this to their advantage during the election campaign and will no doubt continue to do so going forward.

Another key factor that the world is keeping a close eye on is the implications for democracy. GiorgiaMeloni has openly admired the example of Hungary’s Prime Minister Viktor Orbán, who is widely recognised as having turned his country from a democracy into an autocracy. Again, the implications are worrying for Europe and for the rest of the world, as it watches the slow unravelling of the threads that used to knit the EU together so firmly.

There is a further lesson here about voter engagement. Just 63.79% of Italians voted in the 2022 parliamentary election, with voter turnout having fallen steadily from 93.9% in 1953 to 63.79% in 2022. Voter apathy is an issue with which many countries are grappling. Now, it seems, it is opening the door for the far right.

Right now, all the world can do is watch and wait. GiorgiaMeloni’s victory speech was surprisingly conciliatory, emphasising her desire to lead for all. However, whether ‘all’ means all Italians or all those who share her anti-EU and anti-immigration remains to be seen. And that means diving deep into the Italian media – and searching out those who are using Italian translation services to deliver content that goes beyond the depth of reporting in the mainstream media.

By using accurate Italian to English translation to deliver their political blogs and news, outlets within Italy from both sides of the political spectrum can provide a fuller picture of the impact of the Italian election result as the situation in their country evolves. What is the most accurate Italian translator? Well, for these purposes, a combination of professionals who translate Italian for a living and machine translation tools would be a good way to ensure nothing gets lost in translation. It will take time to get under the skin of what is happening in Italy as the far right takes control and to understand fully what it will mean for immigrants, for the LGBTQ+ community, for people of colour and others.

By drawing information from a range of sources, both online and offline, journalists and content writers can look at the complexities that underlie changes in policy and the impact of those changes. They can then disseminate that information to others around the world.

There is of course, a cost attached to the Italian translation of such documents. How much does it cost to hire a translator? That depends on which Italian translation services you use and whether you opt for a computer or a machine to undertake the work. Using someone who provides Italian to English translation (or English to Italian translation) will cost more than using a computer, which can translate for free, though with less accuracy than a human can deliver. For Italian bloggers and news outlets looking to maximize their international reach without maxing out their budget, a combination of the two makes most sense.

For those not content to sit and wait while the far right rises to power in Italy, there is also the opportunity to use English to Italian translation services to connect with those living in Italy. To form new friendships and show support for communities that are negatively impacted by the legislative and anti-libertarian changes that are likely to occur.

Italy will be seen as an experiment by many as GiorgiaMeloni’s government takes power. Her politics have already proven divisive. Now the world is holding its breath to see how her rhetoric on the campaign trail translates into policy in Italy’s new government.