Is An EU Army On The Horizon? 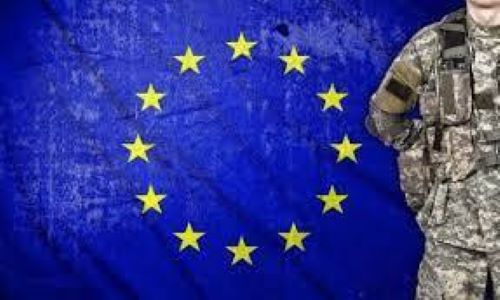 By Kit Knightly/Activist Post May 11, 2022
Share this article:
The special "Future of the EU" Conference came to a conclusion a few days ago.
There may have been a familiar veneer of "public consultation", but the aim of the conference was simple: tell the EU to do what they've already been planning to do for years.
If that wasn't clear from the outset, it became unavoidably obvious a couple of days ago when the conference's list of 49 "recommendations" was published on April 27th.
We have picked out some of the more troubling ones to discuss.

There's number 21, for example, which suggests:
that the EU improve its capacity to take speedy and effective decisions, notably in Common Foreign and Security Policy (CFSP), speaking with one voice and acting as a truly global player, projecting a positive role in the world and making a difference in response to any crisis
This sentiment is repeated in Number 39, where the conference claims there is a need to...
Improve the EU's decision-making process in order to ensure the EU's capability to act, while taking into account the interests of all Member States and guaranteeing a transparent and understandable process for the citizens
And they intend to do that by changing the voting system...
All issues decided by way of unanimity should be decided by way of a qualified majority
Taken together these measures would pretty much eradicate the national veto, and see member states potentially subject to legislation imposed against their will. A huge knock to national sovereignty.
They also want to:
strengthen the role of the High Representative to ensure that the EU speaks with one voice
Which is a roundabout way of saying "centralising power".
Most concerning, though, is recommendation 23:
We propose that the EU continue to act to promote dialogue and guarantee peace and a rules-based international order,36 strengthening multilateralism and building on long-standing EU peace initiatives which contributed to its award of the Nobel Prize in 2012, while strengthening its common security
Which sounds harmless enough (apart from the shameless self-congratulatory reference to the Nobel Peace Prize), except they intend to achieve these ends using a new EU Army...
The EU's joint armed forces that shall be used for self-defence purposes and preclude aggressive military action of any kind, with a capacity to provide support in times of crises including natural catastrophes. Outside European borders it could be deployed in exceptional circumstances preferably under a legal mandate from the UN Security Council and thus in compliance with international law38, and without competing with or duplicating NATO and respecting different national relationships with NATO and undertaking an assessment of EU relations with NATO in the context of the debate on the EU's strategic autonomy.

A potential EU Army has been a talking point for years, but most often simply dismissed as Euro-sceptics scaremongering. In fact, further down in point 21, the conference adds:
The EU should reflect on how to counter disinformation and propaganda in an objective and factual way
Somewhat ironic, because as recently 2 or 3 years ago, the "EU Army" itself was described as "misinformation". A "lie" spread by "Brexiteers" according to the Guardian, or "as true as saying Elvis lives" according to Emily Thornberry.
Following the Brexit vote, everyone from Politico to the Atlantic Council was attempting to dispel the "myth" of the EU Army.
The EU itself published an article on their official site debunking the "EU Army myth" in June of 2019.
Then, just last month, the EU voted to create a "rapid reaction military force" of 5000 troops.
Funny how things change.
Now, all the outlets which had previously "fact-checked" the idea of an EU Army, or dismissed it as a "conspiracy theory" are discussing its existence as more or less inevitable.
Foreign Policy asks "Is an EU Army coming?", while This Week is weighing the pros and cons, and the New European suggests "Maybe we need an EU Army after all".
This might seem like a sudden volte-face, but to anyone paying attention it is anything but surprising.
Despite the waves of propaganda calling the plan a myth, the fact of the matter is that prominent political voices from Macron to Merkel to Juncker have been calling for an EU Army for years.
The years-old agenda was given new life by the US's withdrawal from Afghanistan. The carefully-engineered shambles was said to "highlight the need for an autonomous European military".
The story was that the US had withdrawn in chaos and abandoned their native allies, and an EU military - filled with happy-clappy European empathy, not heartless American pragmatism - would have stayed longer and air-lifted more people to safety.
These rumblings grew louder after Russia launched its "special operation" in Ukraine, with Foreign Policy claiming the "war in Ukraine has turned the EU into a serious military player", and Investigate Europe pointing out that "Putin is doing more to bolster European military unity than decades of EU initiatives".

Outside of the propaganda narratives, though, the pure and simple truth is that the EU Army is already a semi-reality.
As this article in the Defense Post points out, "the framework of a unified European military is already in place".
EuroCorps has existed since 1992, and is described as "a force for the EU and NATO". Essentially it's a link between the NATO command structure and the EU. It's a token force, and barely used, but sits there waiting to be adapted and expanded.
The Berlin Plus Agreement, signed between NATO and the EU in 2002, permits the EU to draw on NATO resources (Vehicles, weapons etc) to participate in conflicts in which NATO chose not to participate.
In 2018 the EU launched the European Intervention Initiative,
Only last March, the EU launched their new "Strategic Compass" initiative, alongside creating the "European Peace Facility", a 5 BILLION Euro "off-budget" project designed to "enhance the EU's ability to act as a global security provider".
You can see how these documents allow for a smooth segue from "NATO-backed US Imperialism" to "EU Peacekeeping" in the geopolitical narrative.
The EU Army will be sold to the US as "European partners stepping up to the plate" and taking some of the burden of "policing the world", while in the EU/UK it will be billed as the EU "asserting its independence from US foreign policy". Neither will be true.
It might signal a genuine change in the paradigm, a relocation of the seat of power further East as the crumbling US is abandoned and the heart of global hegemony shifts towards the EU. Maybe.
Either way, the end result will be the same people spending our money on the same weapons, pursuing the same policies, telling the same lies...just with a new name over the door.
That was always the plan.
The pieces of the EU Army already exist, they just needed a reason to be assembled.
And thanks the US's "chaotic" withdrawal from Afghanistan, and Russia's "Special Operation" in Ukraine, it looks like they've got one.
"What happened in Afghanistan was a defining moment," said Nathalie Loiseau, who chairs the European Parliament's subcommittee on security and defense.
When President Biden failed to keep U.S. troops in Afghanistan past the Aug. 31 deadline, European leaders felt this forced them to end their evacuation efforts early, despite thousands of citizens and allies still trying to escape the country.
Some of Europe's most prominent politicians have argued for years that to become a true global power, the E.U. needs its own defense force, one that is independent of the U.S.-European NATO alliance and does not rely on the United States.
Former President of the European Commission, Jean-Claude Juncker, has suggested Europe transform itself into what he called a "superpower" that could act as a "global security power". He went on to say, "the Americans, to whom we owe much... will not ensure the security of the Europeans in the long term. We have to do this ourselves...."
"The only way forward is to combine our forces and strengthen not only our capacity, but also our will to act," Borrell said following a meeting of E.U. defense ministers in Slovenia.
French President Emmanuel Macron is one of the biggest supporters of more integration and has been calling for a "true European army" since he took power.
Armin Laschet of Germany said recently that Europe must be strengthened "such that we never have to leave it up to Americans.
The idea of an EU army idea has been around since the days of Churchill and seems to be revived every decade.  While most attempts have failed there are some followers of Bible Prophecy who see the potential for a future 10 nation alliance out of Europe to fulfill the prophecies of the Book of Daniel & Revelation in which a 10 nation alliance from Europe (the Beast of Revelation) becomes the seat of power for the Antichrist on his way to global domination.
Some have speculated about whether these prophecies in Revelation refer to 10 nations, 10 world regions, or simply 10 leaders. When the European Union first emerged and eventually grew to 10 member nations, prophecy students were sitting up and taking notice, until the EU grew past 10 nations (current EU members total 27 nations). Then the excitement died down considerably as Europe failed to demonstrate any united military capability.
Now with talk of a fresh desire to merge military co-operation, people are starting to pay attention again.  Especially as it coincides with so many other important prophetic events happening such as the shadow war between Iran & Israel, the players for Ezekiel 38 all in alignment (including Afghanistan), the advancement of technology that could fulfill the mark of the beast, natural disasters, the global impact of disease and the list goes on and on.
There are more questions and speculation than anything else at this point regarding the future of the European Union but with so many prophetic events converging at this time it is time to be paying attention more now than ever before.
Learn more about what the Bible says about our prophetic future from some of the world's top prophecy scholars at the Homeward Bound Prophecy Conference.  Participate from anywhere in the world via livestream.  A special discount is available for PNW subscribers by entering "PNW2022" at the checkout page.  Conference details click here 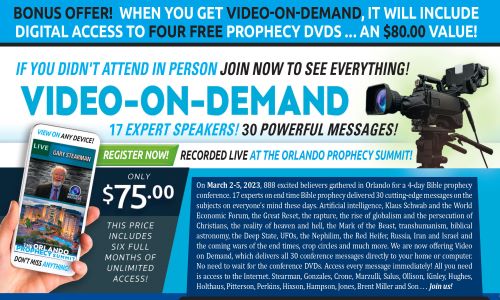