US Rent Costs Reveal Real Inflation Rate Is Closer To 17% 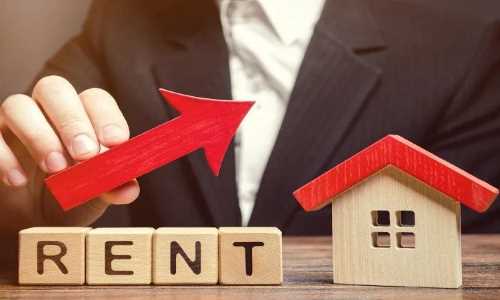 By Tyler Durden/Activist Post June 22, 2022
Share this article:
Median rents in the US crossed the $2000 mark this past month for the first time ever, while rental markets surged 15% – 20% in a single year depending on the region.
This is yet another trend which supports the position that official CPI is inaccurate and overall inflation is actually much higher than the central bank and the Biden White House reports.  The latest CPI print indicates an “official” inflation rate of 8.6%, while REAL inflation is closer 17% according to pre-1990s calculations.  The continued denial of real inflation rates is causing confusion among Americans who are facing vastly larger price increases than are often reported by the government.
Inflation apologists can’t seem to wrap their heads around the fact that the Fed and government use creative accounting to soften data and misrepresent the economic threat.

Rent prices jumped over 20% in Orange County, CA.  They are up 19.3% in the greater Cleveland area.  They are up 15.5% in the Cincinnati area.  Nashville and Seattle saw prices rise over 30%.  And, Austin, TX is witnessing epic rental inflation of over 50%.  New York’s median rent cost climbed to $4000 per month despite the fact that vast numbers of people have left the city in the course of the past two years.
Officials including Treasury Secretary Janet Yellen have only just recently admitted that inflation is not transitory as they had insisted a year ago.  However, the public seems to be learning that establishment economic predictions cannot be trusted and they are already preparing for more pain in the near future.  A George Mason University poll indicates that the majority of Americans are cutting back on spending to adapt to higher prices.  Over 66% of participants polled expect inflation to climb even more this year.
Inflation worries have continued to soar over the past several months while the populace has dealt with constant gaslighting from the media telling them that the economic instability they are facing is “not something they should be concerned about.”

The relentless expansion of prices suggests that the Federal Reserve will enact sweeping interest rate hikes in the coming months, though there are many economists that continue to disbelieve the possibility.  Even with moderate hikes and slower spending, it is likely that inflation will climb unabated well beyond 2022.  Central bank stimulus printing has triggered an avalanche of too many dollars chasing too few goods and now prices are evolving to meet the supply crunch.
The rent inflation issue is partially influenced by a number of factors including the mass migration of millions of Americans from blue states where covid restrictions and high taxes were strangling residents.  But, with that migration now over, prices remain high due to dollar devaluation pressures.
The greatest danger is that this will translate to increased poverty and homelessness by 2023.  It is unlikely that Fed actions on interest rates will affect any change in the current trend, at least not until rates are adjusted much higher than mainstream economists expect.
Originally published at Activist Post - reposted with permission.