Lessons From The Ukraine For Israel - 'No One Will Come' 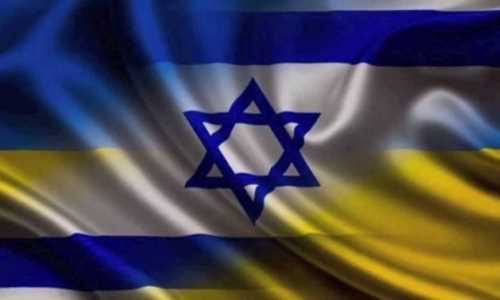 By Dr. Martin Sherman/JNS.org June 28, 2022
Share this article:
Recently, I attended a dinner at which the keynote speaker was Yossi Cohen, the former director of Mossad. Cohen's wide-ranging and thoughtful address focused on the impact of global events on Israel's security.
Although he touched only briefly on the war in Ukraine, what he said was significant and incisive. After giving a brief tour d'horizon of the combined military might of NATO--on both sides of the Atlantic--he made the poignant observation that, despite NATO's awesome power, "no one came to save even one Ukrainian baby."
Indeed, for Ukrainians, the situation must be particularly galling. After all, it is has been barely 20 years since the Budapest Memorandum was signed, in which Russia, the U.S. and the U.K. pledged to refrain from threatening or using military force or economic coercion against Ukraine if the country gave up its nuclear weapons. They also pledged--among other things--to respect Ukraine's independence and sovereignty according to its then-current borders.
Clearly, there have since been blatant Russian violations of the Memorandum, notably the 2014 annexation of Crimea and then the 2022 invasion of Ukraine.

Western democracies are unreliable
In a caustic review of Ukraine's fate--and the chain of events that led up to it--Erielle Davidson of George Mason University berated the Memorandum's "stark failure" and noted the "host of lessons that might be drawn from its collapse."
She wrote, "Western democracies are unreliable and fickle. International agreements involving the abdication of strategic assets in exchange for vague 'assurances' of undefined future support are not worth the paper they are written on."
"Ukraine, despite having a strong historical foe on its borders, made real sacrifices for the fanciful Western ideal of denuclearization," she noted. "But once it paid that price, those who had pushed for the deal largely hung the nation out to dry."
Extending the scope of her analysis, Davidson continued, "Ukraine is not the only country the U.S. and European countries have insisted make dangerous concessions for paper peace with an undemocratic, bellicose neighbor."
Davidson went on to trace the significance of the events in Ukraine for Israel.
She observed that "the entire blueprint of Western democracies' approach to the Israeli-Palestinian conflict" has been to "push the Israelis to cede strategic territorial depth in the hopes that governments run by terrorists will behave. In exchange, Israel would ride a brief wave of Western plaudits and vague assurances of assistance if the Palestinians were to seek to destabilize or attack the smaller Israel."

"An Israeli deal with the Palestinians would surely be met, like the Budapest Memorandum, with fanfare and goodwill in the short term," she stated. "The world, supposedly, would have become a more peaceful place. But little-remarked upon are the long-term consequences for the party that sacrificed its own security policy on the altar of quixotic Western delusions."
Davidson asserted, "Ukraine's concessions in the 1990s are hardly remembered today. ... Thus, the Ukrainian war also represents the failure of a Western peace process--a failure that our ally Israel should certainly remember when an unchastened American and European foreign policy establishment inevitably asks Jerusalem to repeat Kiev's mistakes."
The failure of international guarantees
In a paper entitled "When International Agreements Utterly Failed," David Makovsky, a distinguished fellow at the Washington Institute, analyzed the events that led to the 1967 Six-Day War, which erupted after Egypt closed the Straits of Tiran to Israeli navigation. This was a critical blow to Israel, which at the time relied on strategic oil imports from Iran supplied via the Straits.
Israel believed it had secured a guarantee of freedom of navigation through the Straits from the U.S. and the international community in 1957 when it withdrew its forces from the Sinai Peninsula after the 1956 Sinai campaign. Moreover, Israel declared that any future closure of the Straits of Tiran to Israeli shipping by Egypt would be considered a clear casus belli. Despite this warning, on May 23, 1967, Egyptian President Gamal Abdel Nasser ordered the closure of the Straits to Israeli vessels.
Israel dispatched Foreign Minister Abba Eban on an urgent trip to Paris, London and Washington to urge the international community to reopen the Straits and thus avoid war. But Eban encountered an apathetic, obtuse and cynical international response. For example, even though French President Charles De Gaulle conceded that a commitment had been made to Israel to keep the Straits open, he curtly dismissed the pledge, declaring, "That was 1957 ... now it's 1967."

No guarantee can guarantee a guarantee
Israel's strenuous diplomatic efforts to persuade the Western powers to pressure Cairo to reopen the Straits proved fruitless. Then Egypt began mobilizing forces along Israel's southern border, triggering the preemptive Israeli strikes on Egyptian positions and airfields that began the Six-Day War.
In his paper, Makovsky remarked, "We should not forget one of the enduring lessons learned from the run-up to the conflict. Namely, that agreements need to stand on their own merits and cannot be based on abstract international guarantees about the future." He lamented, "When the political context changed ... the guarantees evaporated."
Clearly, this vividly underscores the merits of Henry Kissinger's characterization of the anarchic international system: Sovereign nations have the right to change their minds at will, making any international agreement or pledge ephemeral by its very nature.
Indeed, as Israeli Prime Minister Menachem Begin once reportedly remarked to U.S. Secretary of State Cyrus Vance a decade later, "In the whole world, there is no guarantee that can guarantee a guarantee."
No one will come...
For Israel, the message is stark and unequivocal: It must remember that should it cede vitally important strategic territory at the behest of foreign governments, it could well tempt its adversaries to launch a deadly assault on it, because it would be far more vulnerable and exposed than before.
Moreover, Israel should remember that it can expect scant support from other countries, which will be reluctant to come to its aid. For, as Yossi Cohen warned in his address, if Israel is attacked, it must be prepared for the possibility that "no one will come."
Editors Note:
In Ezekiel 38 we read how this prophetic statement that "no one will come" will indeed come to pass.  The prophet Ezekiel foresaw a future invasion of Israel by Russia, Iran and others that leads some nations (Sheba/Dedan) to only issue a verbal protest.  No military help comes for Israel from the nations except for God himself who is victorious in destroying the invading armies.