Will A Financial Crisis Be The Trigger For The Rise Of The Antichrist? 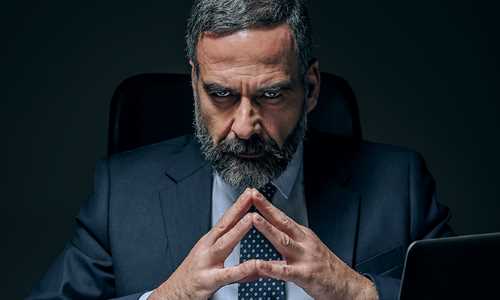 By Britt Gillette/End Times Bible Prophecy June 30, 2022
Share this article:
As the global economy wrestles with rising fuel and food prices, several financial executives have warned of further trouble ahead. In early June, JPMorgan Chase CEO Jamie Dimon warned of trouble in the weeks and months to come, comparing the current financial landscape to the time just before a hurricane hits. "It's a hurricane," he said. "Right now, it's kind of sunny, things are doing fine, everyone thinks the Fed can handle this. That hurricane is right out there, down the road, coming our way. We just don't know if it's a minor one or Superstorm Sandy or Andrew or something like that. You better brace yourself."
Wells Fargo CEO Charlie Scharf echoed those concerns. "The scenario of a soft landing," he said, "is extremely difficult to achieve in the environment that we're in today." Not to be left out, Goldman Sachs President John Waldron said. "This is among - if not the most - complex, dynamic environments I've ever seen in my career. The confluence of the number of shocks to the system to me is unprecedented."
This is the situation we find ourselves in following decades of fiscal and monetary policy mismanagement. All the world's major economies use fiat currencies, meaning nothing backs their currencies except faith in the governments behind them. Central banks, such as the Federal Reserve, oversee monetary policy, and their policies have brought us one crisis after another.

For instance, loose monetary policy in the late 1990's helped blow the Dot Com Bubble. Once that bubble popped, the central banks lowered rates even further. This fueled a bubble in housing and mortgage backed securities, the bursting of which led to the Great Financial Crisis. The central banker reaction to that led to another stock market bubble that started to pop in March 2020 due to the COVID lockdowns. The central banker reaction to that blew major bubbles in stocks, bonds, housing, cryptocurrencies, and a host of other markets.
All along the way, with each busted bubble, central bankers and politicians rewarded corrupt and incompetent bankers and business executives with huge bailouts. Politicians and central bankers have done everything in their power to avoid the pain of a recession or even a major stock market correction. But no matter how hard they try to avoid the inevitable, a day of reckoning will come. They can distort the free market, but they can't hold off the consequences forever. Sooner or later, the bill comes due, and that brings us to the present day.
The COVID economy stayed alive because of unprecedented policy actions. Zero percent interest rates with central banks buying corporate bonds, junk bonds, and government bonds. Stimulus checks, enhanced child tax credits, rent/mortgage moratoriums, PPP loans, and student loan deferments. Almost all of these things have come to an end, and now rising prices for food and fuel are wreaking havoc on the global economy.
The Road Before Us
Decades of foolish policies have put central bankers in a no-win situation. Since COVID, it's only gotten worse. In an effort to avoid a lockdown-induced depression, central bankers and politicians flooded the world with trillions of dollars in new currency. Their answer to a crumbling economy was to throw more and more currency at an ever-expanding list of government aid programs and targeted bailouts. The result? Multi-decade highs in inflation. How will the policymakers react? They only have two options:
Option #1): Tighten Policy - To fight inflation, central bankers can increase key interest rates within the banking system and reverse their policies of buying bonds and mortgage backed securities (known as quantitative easing). The central banker belief is this will cause "demand destruction" (i.e. a slowing economy) and inflation will cool to lower levels. The risk? They could overshoot. They could slow the economy too much and cause a global recession or even a depression.
Option #2): Do Nothing or Loosen Policy Even Further - To avoid slowing the economy too much, central bankers could choose to keep interest rates low and continue quantitative easing. This lessens the risk of recession/depression, but it also risks fanning the flames of the inflation fire. When people come to expect high inflation year after year, it becomes a self-fulfilling prophecy. At that point, inflation gets out of control and can quickly turn into hyperinflation.

Which Road Will We Choose?
Expect today's central banks to go with Option #1 - at least initially. In fact, they're doing it now. Inflation is bad for politicians and their re-election prospects. Have no doubt, they're applying maximum pressure on the central bankers to bring it under control. But expect everyone to reverse course soon. Why? Because at some point, as conditions tighten, everything will crash. Right now, inflation is the world's great menace. Stopping it is priority number one. All that will quickly change when the crash comes.
The Asset Bubble Collapse
Higher interest rates and an end to quantitative easing will put immense pressure on the global economy. Decades of accumulated debt and misallocation of capital will cause the global financial system to crash. How overvalued is the stock market? Even after the recent 24% decline in the S&P 500, the Buffett Indicator shows this is still the most overvalued stock market in history - even more overextended than the Dot Com Bubble.
After a 40 year bull market in bonds, the bond market peaked in 2020. If interest rates continue to rise (which is likely in an inflationary environment), the bond market will sell off significantly. The same is true of real estate. 2020 and 2021 saw record low mortgage rates and a boom in housing prices. As we approach the mid-point of 2022, mortgage rates have more than doubled from their all-time lows.
The result should come as no surprise. Home sales have come to a screeching halt. If this continues, expect a huge downturn in the housing market. As if a simultaneous bursting bubble in stocks, bonds, and real estate weren't enough, they pale in comparison to another bubble about to burst - the derivatives market. Derivatives are financial contracts whose value is determined by the value of other assets. Examples include corn futures, stock options, credit default swaps, and other contracts. How big is the global derivatives market? No one knows. But some estimates peg it at over $1 quadrillion.
The Crash
When the derivatives markets start to implode, the whole system will come crashing down. We saw a preview of this in 2008 when Lehman Brothers declared bankruptcy. They owed money to some of the largest financial institutions in the world, and the Lehman implosion put many of those companies on the verge of collapse. Fearful to lend anyone money, credit markets froze. The economy went on life support as the world stared into the abyss of a deflationary spiral.
What is a deflationary spiral? The Great Depression is the most famous example. In a deflationary spiral, credit contracts and the overall money supply shrinks. People cut spending. Workers lose their jobs. Debt levels become a massive burden. Businesses fail and bankruptcies rise. Unemployment spikes. Breadlines form. All this sounds terrible, and it is.