Even Feminists Are Facing Prison Time For Questioning Transgender Ideology 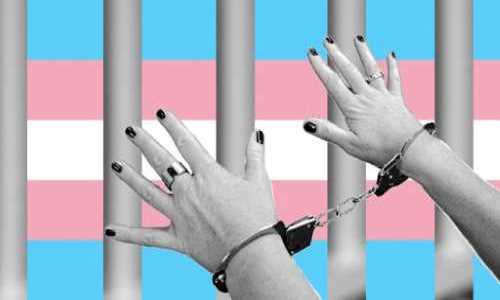 By Jonathon Van Maren/Bridgehead.ca July 20, 2022
Share this article:
If trans activists get their way, pointing out that the emperor has no clothes -- and specifically, that his lack of clothes makes it clear that she's a he -- will be illegal and prosecutable.
In the U.K. in the past couple of years, a 39-year-old mother was arrested in front of her children and locked up in a cell for alleged transphobia in Hertfordshire; a docker in North England was investigated by police for retweeting a limerick about transgenderism; a 74-year-old woman was contacted by the cops in Suffolk and asked to remove social media posts critical of transgenderism.
In 2021, a man in Norway was actually given a 21-day prison sentence and a fine of 15,000 krone for "insulting" and "misgendering" a transgender person--on Facebook.

Thus, it is no exaggeration to state that even as the backlash against transgender ideology grows, people are being fined and even jailed for refusing to bow the knee.
The latest is Christina Ellingsen, a Norwegian feminist associated with Women's Declaration International who was accused by Amnesty International Norway of hate crimes for tweets she sent to Christine Marie Jentoft, a man who identifies as a woman and works with the transgender activist group Foreningen FRI.
In an interview on national TV, Ellingsen questioned Jentoft's claim that he was a lesbian, noting: "You are a man. You cannot be a mother. To normalize the idea that men can be mothers is a defined form of discrimination against women."
Ellingsen is being investigated for tweets she sent to Jentoft between February 2021 and January 2022 noting that Jentfoft is male--the hate crimes charges she faces could result in a three-year jail sentence if convicted.
The feminist watchdog site Reduxx noted that Jentoft himself has been a source of controversy, tweeting in 2018: "Dear queer children of all ages! I know some of us have parents who don't love us anymore. But thanks to a [Facebook} video I have just seen, I just want to inform you that I am actually a certified mother. So if you ever need a real motherly hug, I will be happy to oblige!" Understandably, many people were disturbed by the adult male's offer of a "motherly hug"--there is an instinctive discomfort with the consequences of trans ideology even among many who accept it at face value.

Norway has very liberal laws on transgender ideology, having introduced a law to permit anyone age six and up to change their sex on legal documents since 2016. FRI, the organization Jentoft works with, has been working to change the regime further, redefining the legal term "mother" as "birth parent" among other changes.
Although trans activists claim that these laws are merely attempts to make the regime gender neutral, the usage of these laws once passed reveal their actual agenda--to use the force of the state to compel anyone who disagrees with gender ideology, from feminists to Christians, to either speak the lie or shut their mouth. It is staggering how little coverage these incidents have accrued in the international media considering the fact that women are facing prison time for calling out men who claim to be women.
We are at an inflection point where the claims of gender ideology are coming under scrutiny in some mainstream publications even while women like Christina Ellingsen are facing prison time for questioning that ideology.
Trans activists are certain that they will be able to carry the day and remake society in their image, forcing women like Ellingsen choose between their freedom and their beliefs and others between their fears and their faith. Only time will tell.
Originally published at The Bridgehead - reposted with permission.