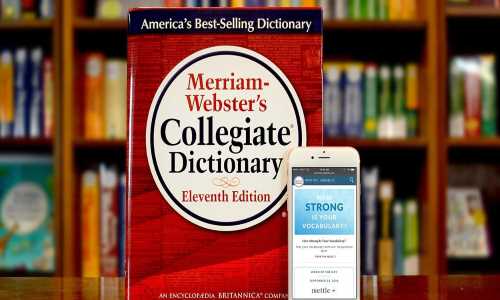 By Evalyn Homoelle/Daily Signal July 26, 2022
Share this article:
Merriam-Webster's online dictionary is facing renewed criticism for slipping woke gender ideology into its definitions of "male" and "female."
"Female," primarily defined in the online dictionary as "of, relating to, or being the sex that typically has the capacity to bear young or produce eggs," now includes the secondary definition of "having a gender identity that is the opposite of male."
Similarly, the secondary definition of "male" reads "having a gender identity that is the opposite of female."
The definition entries were originally changed in 2020, but widespread criticism resurfaced after the new definitions recently circulated on social media.

Daily Wire podcast host Matt Walsh and the conservative account Libs of TikTok on Tuesday tweeted images of the expanded definitions as compared to past editions of the dictionary, resulting in a resurgence of overwhelmingly negative responses to Merriam-Webster's addition.
In addition to including gender identity as a legitimate definition for "male" and "female," Merriam-Webster added the words "typically has the capacity" to both the original definition of "female" as "the sex that bears young and produces eggs" and the original definition of "male" as "the sex that produces relatively small, usually motile gametes, which fertilize the eggs of a female."
Those changes suggest agreement with the transgender community's contention that a person's gender identity is legitimate, even if that person does not have the same physical characteristics or capabilities as the gender they claim to embody.