Concessions To Transgenderism Are Slowly Reshaping Our Entire Culture 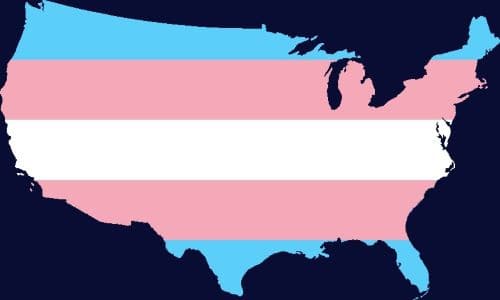 By Jonathon Van Maren/Bridgehead.ca July 28, 2022
Share this article:
We are watching trans activists engage in a grand game of gaslighting with our entire culture, and nearly the entire elite class is playing along with it. Gaslighting is the practice of making someone question their own reality; the term is derived from the 1944 film Gaslight, in which a husband manipulates his wife into believing that she is mentally unstable in order to steal from her.
Trans activists and their allies are doing something similar--they are lying with breathtaking brazenness in an attempt to silence our sanity and, eventually, mentally assent to the new world they are attempting to create. Let me give you three recent examples of this.

Exhibit 1 is this tweet from the Toronto Police Department, reading: "News Release - Missing Woman, Ryerson Avenue and Bathurst Street area, Isobella Degrace, 27." This seemingly innocuous statement went mega-viral, being retweeted over 10,000 times. That is because the attached photo is obviously of a man--a bearded man with nary a single feminine feature to be seen.
This fellow isn't "passing" for female, and nobody who sees the photo thinks he is. I'll bet the peon who sent the tweet doesn't even believe this guy is a woman. But this is your brain on ideology--the tweet blandly combines a photo and a description that doesn't match. What is a woman? Not that guy, that's for sure.
Exhibit 2 is a recent MSNBC interview with Joe Biden's Assistant Secretary for Health, Rachel Levine. Rachel Levine is also a man, and obviously so. His name used to be Richard, and he changed it; he also wears his hair long and usually wears a skirt. Levine was on MSNBC to advocate for Biden's radical transgender polices, and he stated that the Administration wished to "empower" children to get "gender affirmation surgery."

That is the phrase progressives now use instead of "sex change surgery" in order to better reflect their ideology--because the castrations and double mastectomies and other mutilations are in the service of affirming the gender these children are, rather than changing to the sex they believe themselves to be. See what they did there? Biden puts a cross-dressing four-star admiral on TV to support sex changes for kids--and we're all supposed to nod along.
Exhibit 3 is, somehow, even more egregious because it is straight out of Orwell's 1984: Merriam-Webster has added to their definition of female: "having a gender identity that is the opposite of male." By literally changing the terms of the debate, trans activists can ensure that they control the outcome because words mean what they decide they mean, just as reality and biology can be redefined on a whim.
I've checked a few other dictionaries, and Merriam-Webster appears to be the only one that's made the change so far--but the others will be sure to follow suit. After all, Webster's literally changed the definition of "sexual preference" just to ensure that a Democratic senator's point was accurate after the fact.

Individually, these things may seem small. But collectively, they are reshaping the culture around us, brick by brick. The relentless drip-drip-drip of gender ideology on police posters; on TV; in the dictionaries--wears down cultural resistance. The consistent violence being done to objective reality begins to acclimatize us to the bizarre, the false, and the Lie. Eventually, we lose our ability to be shocked.
Slowly, the new language no longer jars us. And then, eventually, it all begins to seem normal. Bearded women. Men in skirts. Children undergoing surgery and beginning lifelong regimens of drugs. That is why these seemingly small incidents are, when you zoom, out, important to call out and important to reject--because of where they are taking us.
Originally published at The Bridgehead - reposted with permission.