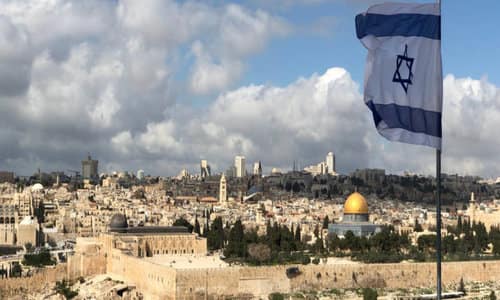 By Jacob Sivak/Algemeiner August 04, 2022
Share this article:
It is predicted that by the year 2048, the 100th anniversary of the State of Israel, two thirds of the world's Jewish population, about 12 million, will live in Israel.
Meirav Arlosoroff points out that the natural growth of the Jewish population of Israel is two percent per year, or four times greater than the average in other developed countries.
What is also extraordinary is that in comparison to North American Jews, this natural growth is not restricted to the Orthodox sector of the population. So while the non-Orthodox  population in North America may decrease, the Israeli population can be expected to continue to increase.

For the first 50 years of its existence, Israel's Jewish population growth was dependent on immigration (aliyah). Now, however, natural growth is the biggest factor.
Population surges based on high fertility numbers and better living conditions are frequent in history. I was born and raised in Quebec, Canada. Demographers point out that the population of French Canada increased 13-fold from 1761 (shortly after the British takeover of the territory) to 1851.
Another example occurred during the 19th century, when the Ashkenazi population of Central and Eastern Europe soared, due to high fertility numbers and improved living conditions. By the 1880s there were close to eight million Jews in the world, and 80 to 90 percent of them lived in Eastern Europe, primarily Russia.
In a 2018 article in Mosaic magazine, Ofir Haivry attributed the increase in fertility in Israel to an emphasis on family welfare and continuity, writing that Israeli society has balanced rising levels of affluence and education with continued adherence to a family-oriented culture. Israeli medical advances in areas such as prenatal care and fertility treatments have also contributed to the increased birth rate.

What does this shift in balance between the Diaspora and Israel signify for those of us who live outside of Israel? Broadly speaking, the long sweep of Jewish history can be described as a series of migrations from one center of Jewish life to another.
Besides the Land of Israel, such centers have included (in rough historical sequence); Babylonia, North Africa, Iberia, Western Europe, Eastern Europe, North America, and now, back to the Land of Israel. This does not mean that a Jewish diaspora will cease to exist, but in numbers and in relevance to Jewish continuity, it will be much diminished.
The challenge for Israelis will be to find a way to accommodate a larger population in a small and densely populated state.
Originally published at The Algemeiner - reposted with permission.