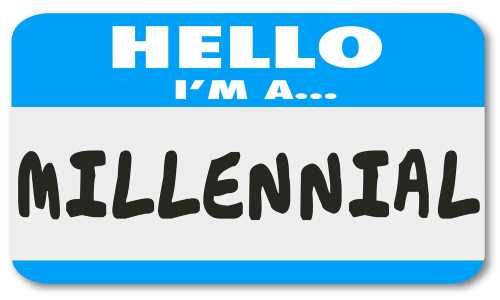 By Marjorie Jackson/The Washington Stand August 22, 2022
Share this article:
A recent Barna Research report reveals that there is an uptick in millennials seeking out church post-pandemic. While just a few years ago this generation received the brunt of jokes and stereotypes embodying youthful naivete and a disdain for responsibility, Generation Y is now turning ages 25 through 40.
While some argue that with age comes maturity, this new study breaks down the effects of the pandemic as it pertains to millennials engaging in local worship.
The study reads, "Although millennials (and, emerging behind them, Gen Z) are known for declines in religiosity, data show that, since 2019, the percentage of millennials reporting weekly church attendance has increased from 21% to 39%."

This is in contrast with other recent reports charting the decline of a Christian worldview among Americans. In 2018, Barna Research conducted a study on the religious make-up of Generation Z, showing that atheism is twice as prevalent among their peers than in older generations. Last year, research by Dr. George Barna revealed that only 6% of Americans hold to a biblical worldview. One Barna poll from July found that a record-low 20% of American adults believe the Bible is the Word of God.
In spite of this data, what is driving millennials to go to church? Pastor Ben Palka of Kings Church in Washington, D.C. believes that, while culture becomes increasingly secular and hostile to Christianity, these forces are driving Christian millennials to look for something counter-cultural, rather than pushing them away from church.
"Gen Y and Z Christians are looking for a community that holds to self-evident Judeo-Christian truths like gender and marriage," he told The Washington Stand. "But even more, [one] that it is filled with the gospel. This gospel message and all of its implications is at odds with the messages of the world. It leads to Christians being marked by courage, civility, and clarity in the face of a confused world."
As for the skeptics and the seeking, Palka told TWS, "I think they're looking for something similar. They subconsciously know that the incoherent, self-contradictory world they live in is not providing the answers their hearts are seeking. So, they are looking for a transcendent message and a counter-cultural community of people that are unlike other communities they may belong to."

Another prominent pastor agrees. Pastor Jonathan Pokluda of Harris Creek Baptist Church in Waco, Texas, is no stranger to seeing millennials and Gen-Zers in the pews. In an exclusive comment to TWS, he shared his belief and experience that young adults crave authenticity.
"I believe they are seeking out churches that are passionate about teaching the Bible, making disciples, and calling them to use their God-given gifts within the church," he said. "I think millennials want to be called to something bigger than themselves and they are searching for something authentic. People are tired of playing church. They want to be the church that Jesus talks about in Matthew 16:18."
Joseph Backholm, a senior fellow with Family Research Council's Center for Biblical Worldview, cites caution as churches consider the data regarding the surge of millennial church attendance. "I do think that young people want much more truth than we give them credit for. The seeker-sensitive, make-everything-fun model is one of the things that drives young people away, because the church is trying to compete in an entertainment consumer culture, and we're just not as good at that. And we shouldn't be. We can't compete with multi-billion dollar entertainment industries for their attention. We have to be about something much more substantive than that."
Backholm also attributed burn-out from hypocrisy as one of the reasons millennials and Gen-Zers have become disillusioned with the idea of church involvement.
According to the Barna report, COVID-19 brought significant change to Americans' regular church-going habits, as a significant amount of people resorted to online church services when many congregations stopped meeting in person in 2020. The numbers tapered off in 2021 as people settled into -- and in some cases returned to -- a semblance of normalcy, possibly attending church in person or online, both, or not at all.
While millennials seem to be attending church more than previous years, the study makes no distinction between watching online or going in person, citing that, "Millennial churched adults are most likely to have embraced hybrid options, with one in three attending both online and in person."

Backholm pushed back on the idea that attending church online and gathering in-person are interchangeable options. "My concern is that American Christians have come to accept that participation in some kind of religious service is fulfilling the obligation of discipleship. And of course, teaching is one of the functions that the church should serve," he told TWS, "But 98% of what somebody is supposed to do as part of a church cannot be done online over the internet. I'm concerned that people might feel like this is enough."
From a pastoral vantage point, Palka provided a biblical foundation for the idea that church is meant to be a physical gathering, rather than simply a simulcast or podcast. He watched his small D.C. church plant exponentially multiply into the fastest growing church in the District, as millennials and Gen-Zers populated his congregation in a time when there were few in-person options during the pandemic.
He told TWS, "While there are circumstances and situations that keep people from being able to gather each week, online services should not be normative nor a replacement of in-person gatherings."
"The New Testament church understood that believers met together to worship God and create community. They gathered together for fellowship, partook of the ordinances such as communion and baptism, prayed for one another, shared struggles with one another, and encouraged one another," he continued.
"We can log in online to listen to a good Bible teacher, but we cannot experience and witness the truths of the Bible embodied in the people of God without being physically present with other believers."
Originally published at The Washington Stand - reposted with permission.