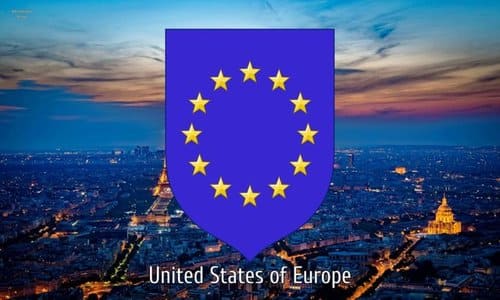 By PNW Staff September 7, 2022
Share this article:
German Chancellor Olaf Scholz is pushing for a series of changes that would help the EU overcome internal divisions and stand up to external rivals such as Russia and China.
In a wide-ranging speech at Charles University in Prague, Scholz said the EU must make itself "fit" for future enlargement from 27 to 30 -- or even 36 -- nations by taking more decisions by majority vote, rather than requiring unanimity on all issues that has in the past allowed individual member states to veto key decisions.
"We have to remember that swearing allegiance to the principle of unanimity only works for as long as the pressure to act is low," Scholz said, arguing that Russia's invasion of Ukraine was a wake-up call for the EU to change the way it takes decisions.
In his address, Scholz repeatedly cited the threat posed to the EU by Russia under its authoritarian president, warning that "any disunity among us, any weakness, is grist to (Vladimir) Putin´s mill."

The idea of an EU Superstate with it's own army idea has been around since the days of Churchill and seems to be revived every decade.  While most attempts have failed there are some followers of Bible Prophecy who see the potential for a future 10 nation alliance out of Europe to fulfill the prophecies of the Book of Daniel & Revelation in which a 10 nation alliance from Europe (the Beast of Revelation) becomes the seat of power for the Antichrist on his way to global domination.
Some have speculated about whether these prophecies in Revelation refer to 10 nations, 10 world regions, or simply 10 leaders. When the European Union first emerged and eventually grew to 10 member nations, prophecy students were sitting up and taking notice, until the EU grew past 10 nations (current EU members total 27 nations). Then the excitement died down considerably as Europe failed to demonstrate any united military capability.

Now with talk of a fresh desire for more integration and increased military co-operation, people are starting to pay attention again.  Especially as it coincides with so many other important prophetic events happening such as the shadow war between Iran & Israel, the players for Ezekiel 38 all in alignment (including Afghanistan), the advancement of technology that could fulfill the mark of the beast, natural disasters, the global impact of disease and the list goes on and on.
Some experts are speculating that the current energy crisis that is expected to reach a crisis point this winter will either fragment the union or possibly lead to more authoritarian measures that would further reduce national sovereignty and bring the populace under central European control.
Need a good resource to help put the prophetic pieces together?  Our Coming Convergence DVD will help you track the convergence of prophetic events at this time and what to be watching next.  Get it here.