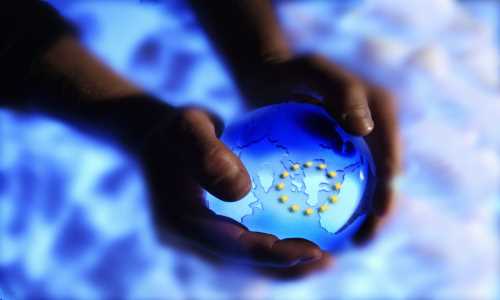 By Tiar’a Literary & Illustrations September 27, 2022
Share this article:
On the tail end of one of the most eventful months in recent UK history, new elected British Prime Minister, Liz Truss, and her cabinet, are considering whether to attend the European Political 'Club of Nations'.
The European Political Community is Emmanuel Macron's scheme to bring together EU nations and countries outside the bloc, potentially including the UK.
Getting Britain around the table, to discuss core issues facing the continent, is now a key aim - according to some EU diplomats.
There are hopes the gloomy economic outlook and energy crisis could bring Liz Truss to the table.
The meeting is scheduled to take place on October 6th, 2022, in Prague, in the Czech Republic.
In addition to the 27 members of the EU, several other nations are set to be invited including the UK, Ukraine, Norway, Switzerland and Turkey.
Six Western Balkans nations are also likely to be invited, along with Iceland, Liechtenstein, Moldova, Georgia, Armenia and Azerbaijan.

Macron described the goal of the club earlier this year in a speech at the Conference on the Future of Europe:
"It is our historic obligation... to create what I would describe before you today as a European Political Community.
"This new European organization would allow democratic European nations that subscribe to our shared core values to find a new space for political and security cooperation, cooperation in the energy sector, in transport, investments, infrastructures, the free movement of persons and in particular of our youth.
"Joining it would not prejudge future accession to the European Union necessarily, and it would not be closed to those who have left the EU.
"It would bring our Europe together, respecting its true geography, on the basis of its democratic values, with the desire to preserve the unity of our continent and by preserving the strength and ambition of our integration."

The Russia/Ukraine war, coupled with the Covid-19 pandemic, and other economic and social strife is currently rampant. Could it be that the French President Mr. Macron believes The Club of Nations meeting could result in a collection of cohesive ideals that will thwart any potential social and civil unrest?
It is plainly obvious that if climate, economic and social resolutions are not established in Europe the public will become unsettled. In the UK alone, energy costs are scheduled to significantly rise this winter which will upset, and in some circumstances devastate the country's citizen's economy.
Now that the late Queen Elizabeth II has officially been laid to rest, it would appear the "powers-that-be" are now moving at quicker than lightning speed to restructure the UK and indeed the entire European economic and social system in her wake.
The new King, Charles III, has yet to makeany significant decrees regarding the UK's potential involvement with the French-driven "Club of Nations". However, in 2011, the then [Prince] Charles of Wales, authored a book titled, "Harmony". The literature discussed within contained the now UK King's personal views and recommendations for global social, climate, and economic improvement.
Most of these views would be in line with similar proposals previously put forward by other European diplomats and it would not be surprising if he voiced support for this new development.  However, one of the most disturbing views the former Prince championed was population control.

In the past, King Charles III has not been hesitant to vocalize his opinions concerning climate and social change, albeit world reform. Today, he is now the King of England and the Commonwealth. Declaring an obvious interest in global change, he will, and can, wield with considerable power. Whether or not King Charles III attends The Club of Nations meeting in person is with no relevance to be an integral part of this new and potential system in the making.
As he did so on January 22, 2008, [then Prince] Charles made an appearance in Abu Dhabi for the World Future Energy Summit in the form of a hologram. Either way, he will be there whether by artificial means, or by the proxy of the Prime Minister Liz Truss.
Bible prophecy experts continue to watch Europe for the emergence of a 10 nation alliance that the is described in the Book of Revelation.  It is out of this alliance of 10 that the Antichrist emerges.  Some have speculated about whether these prophecies in Revelation refer to 10 nations, 10 world regions, or simply 10 leaders.
While there are more questions than answers at this point what direction this new Club of Nations will go, it will be worth keeping an eye on.  We will keep you updated of new developments as they happen.
Written by Tiar’a Literary & Illustrations
We are a professional literary and illustration company. "If you are interested in assistance writing a book, e-book, or are in need of marketing, blog, article writing services, or illustrations, please contact us via email at:  tiarapublications@gmail.com