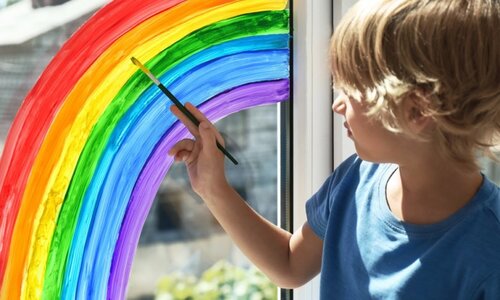 By Jonathon Van Maren/Bridgehead.ca October 12, 2022
Share this article:
The European Conservative is reporting that two gay and lesbian child daycare centers, founded for the purpose of "educating" children from the age of five about LGBTQ lifestyles, will be opening in Berlin in early 2023.
According to Marcel de Root, the "managing director of the Berlin gay counseling center" and manager of the initiative, stated that: "It should be easier for the little ones to come out later if they are not heterosexual. In itself, our concept is the same as that of other daycare centers. The LGBTI* way of life should simply be a little more visible." (The asterisk refers to "all other gender identities and is an integral part of the abbreviation," de Root stated.)
In an interview with the German media, De Root explained that these daycare centers will literally be places where children are taught "what it is like to be gay or lesbian." Everything will be oriented towards that end, with nearly all books featuring gay protagonists. But there is an even darker side to this project.

From The European Conservative:
Perhaps more surprising than the development itself, however, is the fact that Rüdiger Lautman, a sociologist who has been accused of advocating for pedophilia for decades, sits on the board of directors of the organization responsible for the new child daycare centers, the German news outlet FOCUS Online reports. [In 1979, Lautman] was involved in an attempt to abolish the German law which criminalizes sexual acts on children under the age of 14.
Some years later, in 1994, Lautman published a book titled: Die Lust am Kind: Porträt eines Pädophilen (Desire for a Child: Portrait of a Pedophile). In 1997, he contributed to a pamphlet titled "Childhood and Sexuality" which claimed that sexuality between adults and children is "basically affirmed." When faced with accusations of advocating for promoting pedophilia, Lautman has insisted that he has merely attempted "to understand the pedophile perpetrators and to describe their modus operandi."
Even de Root apparently does not quite buy that, as he emphasized to the German media that Lautman, although on the board, would not be involved in operations because that would be "too problematic," although he did not specify why. He also noted that the idea did not come from Lautman; nonetheless, the Senate Department for Education has requested a detailed organizational chart for the centers, which plan to enroll 93 children.

But for those of us who study the history of the sexual revolution, this is all a little déjà vu. As I wrote in The European Conservative earlier this year in an essay titled "The Architects of the Sexual Revolution Were Groomers," Germany has a sordid history with this sort of thing:
In 2010, Jan Flesichhauer and Wiebke Hollersen penned a chilling essay for Der Spiegel titled "How the Left Took Things Too Far," observing that: "One of the goals of the German 1968 movement was the sexual liberation of children. For some, this meant overcoming all sexual inhibitions, creating a climate in which even pedophilia was considered progressive." That climate involved discussions about whether sex with children might be healthy for the children and musings that this could be part of kindergarten programs: "The educators' notes indicate that they placed a very strong emphasis on sex education.
Almost every day, the students played games that involved taking off their clothes, reading porno magazines together and pantomiming intercourse." One influential magazine with a circulation of 50,000 printed photographs of nude toddlers accompanied by descriptions of their sexual abuse by adults. As Fleischhauer and Hollersen concluded: "The members of the 1968 movement and their successors were caught up in a strange obsession about childhood sexuality."
The founders of these new LGBT daycare centers may claim that their project is different (although only in degree). The decision to place Rüdiger Lautman, a man who advocated for the legalization of sex with children, on their board, renders those claims dubious.
Originally published at The Bridgehead - reposted with permission.