Digital Dictatorship Is Coming - The Power To Monitor & Control All Transactions 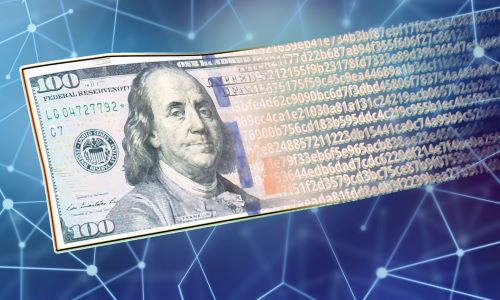 By Activist Post October 20, 2022
Share this article:
Governments and financial institutions are increasingly warming to the idea of introducing Central Bank Digital Currencies (CBDCs) – central banks’ digital tokens, pegged to a country’s fiat money, and controlled and backed by the authorities in ways they never could with other money they issue.
Unlike cryptocurrencies, which are private, Central Bank Digital Currency (CBDC) will be issued and controlled by the central banks themselves. In many ways, it's the same as banknotes, but it's likely that every single transaction will be monitored for compliance.
On Friday 14th October, the IMF streamed a live video on YouTube called "Central Bank Digital Currencies for Financial Inclusion: Risks and Rewards."
Speakers were Her Majesty Queen Máxima of the Netherlands, who's also the UN Secretary-General's Special Advocate for Inclusive Finance for Development. Kristalina Georgieva, Managing Director, IMF, and Bo Li, Deputy Managing Director, and Cecilia Skingsley the BIS Innovation Hub Director.
It was all about global financial inclusion, which they said has improved over the past ten years, but almost a quarter of the world's adult population is still unbanked. It is hoped that central bank digital currencies would be affordable, widely accepted, and safe instruments, which would address some of the issues surrounding financial inclusion, among other things.

With less than 5,000 views, the live stream went under the radar for many. Our buddy Tim Hinchliffe over at The Sociable kept an eye on what was going on. Tim posted a video of Bi Li, the Deputy Managing Director of the IMF, explaining how CDBSs can be programmed.
According to Bi Li, a CDBC can improve financial inclusion by allowing government agencies and private sector players to program, to create smart contracts.
Smart contracts are programs stored on a blockchain that run when predetermined conditions are met. Most of the time, they're used to automate agreement execution, so everyone knows the outcome right away, without any intermediaries.
The smart contract would allow targeted policy functions, like welfare payments, consumption coupons, food stamps, etc. With CBDCs, we can precisely control what people can and can't own. Also, what kind of use this money can be programmed for, like food only. - Bi Li
As a result of this potential programmability, government agencies can precisely target their support packages to the right people. CBDCs can't solve every financial inclusion challenge, but they can work together with financial literacy and digital literacy. CBDC will have to work with other policies like digital identities and wallets.
This goes hand in glove with what the World Bank Group Report titled CBDC for Cross Border Payment described in November 2021.

Digital identity verification is essential to the operation of CBDCs, particularly in cross-border transactions. Tradeable digital assets must be tied to a digital identity system, which in turn should be tied to an automatic KYC and AML/CFT verification system. This is a foundational step to the potential use of CBDCs, and emerging developments in regulatory and compliance technology may benefit central banks' experiments in the digital currency space.
CBDC describes itself as an ecosystem, and the data it would produce would be very valuable to third parties and service providers. Using our day-to-day transaction data, they're working on value-add services. Data capture, global society goals, and control are also part of it.
When questioned on how this transactional data could be used, Bo Li explained: "I can give you one example in China, those transaction data can be utilized by service providers in credit underwriting."
Underwriting is the process by which the lender decides whether an applicant is creditworthy and should receive a loan.
Those transaction data in terms of how many coffees I drink every day, where I buy coffee, do I use UBER every day and what kind of working hours I have. Those non-traditional data can be very useful for financial service providers to give me a credit score and based on that credit score the service providers can give me a credit line without any face-to-face due diligence.
He continues to say that this "will create value in addition to finance and that data can be very profitable, and that's the value we are talking about to make it attractive to private sector players to join this eco system."
It's like the Chinese model, but every country has the option to do it differently. There is limited privacy. Setting thresholds for anonymizing lower transaction values. AML - Anti-Money Laundering. This live stream explained how central banks are working together. The IMF, World Bank, and BIS are also managing many central banks to do this. There's still a long way to go. But it's coming.

On the issue of CDBC data privacy, Cecilia Skingsley the BIS Innovation Hub Director explained: "What we just heard from Bo about credit scoring was a very good example of how different countries will take different journeys to a 'new world' where they serve their societies in the digital space." "We will all have different preferences and this preference on privacy or anonymity is tricky". She continued to say, "That its worth to give up a little bit of privacy to get security".
We've heard that before, right?
This sharing of transactional data was further emphasized by Her Majesty Queen Máxima of the Netherlands in her opening remarks. She said,
A good design of CDBC could give people more control of their transactional data and their ability to share it with a wider set of financial sector providers.
And in a concept paper, India announced its plans for a digital rupee. Transactions with higher amounts may have to be disclosed mandatory, while smaller ones can stay anonymous, just like cash. We don't know what that higher amount will be.
The RBI isn't in favor of the e-rupee earning interest. It believes that if the e-rupee earns interest, users may withdraw funds from banks and convert them into digital form, affecting India's financial and banking system.
Earlier this year at the World Government Summit session aptly titled a 'New World Order', the economist Pippa Malmagren dropped the beans saying that "We are on the brink of a dramatic change; we are about to abandon the traditional system of money and replace it with a new one, Digital Blockchain CBDC, which will give us greater clarity over every single transaction."
The downside to having a CDBC-only monetary system is that, like China, the global west can shut off your digital wallet if you protest or speak negatively about the global elites. As was the case recently in China. The authorities' response to any civil disobedience can be swift and broad.
Globalists want centralized control and dominance structures where everything is tracked and surveilled rather than fragmented decentralized and private systems of digital money and identity. They're not joking! The parameters they set for digital currency will nudge your behavior through social scoring, to control society and to control you.
Originally published at Activist Post - reposted with permission.