Modern Day "Pastors" Or False Teachers Of The Last Days? 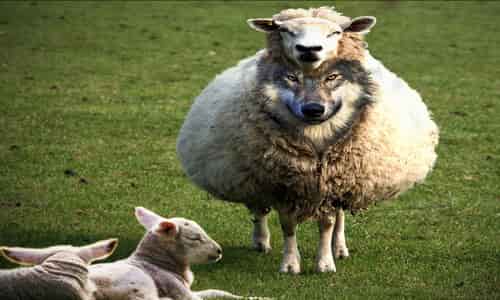 By Jack Minor January 17, 2016
Share this article:
The Apostle's Paul and Peter warned Christians of their times about false teachers who would arrive on the scene during the Last Days.
Over the ensuing centuries critics, both Christian and non-Christian, have attempted to downplay these verses, saying that there have always been false teachers, children have always disobeyed their parents, sin has always been present etc. in so doing they attempt to obscure the plain prophetic meaning behind the passages.

Whereas it is true that there have always been some people who fit these warnings, we are now seeing so-called pastors who are openly touting what Peter called "damnable heresies."
"But there were false prophets also among the people, even as there shall be false teachers among you, who privily shall bring in damnable heresies, even denying the Lord that bought them, and bring upon themselves swift destruction." (I Peter 2:1)
Jesus made it plain that in order for a person to be saved, they must be born again. When the Philippian jailor asked the Apostle Paul, in no uncertain terms, "Sirs, what must I do to be saved," he was told "Believe on the Lord Jesus Christ, and thou shalt be saved, and thy house." Then in I Corinthians 15, Paul explained how the Resurrection of Jesus Christ is an essential part of this belief.
Whereas there have been various debates over various doctrines and even church practices, the Resurrection and belief in Jesus Christ has long been so fundamental that it is not even a point of debate. Even non-believers, when asked, will openly admit that Jesus Christ is 'key' to Christianity.
However, today we now have a movement within the church to actually separate Christ from Christianity.
John Shuck is an ordained Presbyterian minister who has come forward to admit that he does not believe in God. Whereas there have been stories of Christian leaders who have left the faith over doubts about God, Shuck has no intention of stepping down and even brags about how he considers himself to be a "proud minister."
Shuck has gone even further, to the point where he denies the Incarnation; that Jesus is God manifest in the flesh, one of the most important doctrines in Christianity. Indeed, Jesus Himself made this bold claim when He said He was the "I Am" of the Old Testament. Shuck states "Jesus may have been an historical figure, but most of what we know about Him is in the form of legend."
This is precisely what Peter warned about when he said there would be those who are "denying the Lord that bought them."
Shuck goes even further saying that "God is a symbol of myth-making and not credible as a supernatural being or force," and human consciousness is the result of natural selection, so there's no afterlife."
It would be easy to dismiss Shucks claims as the rantings of a single individual, but the reality is that Shucks form of infidelity is becoming more and more the norm among the major denominations.
Rev. Andrew Frater of Cairns Church in Scotland has openly been critical of Christians who have the audacity to believe the Bible when it talks about Jesus being virgin-born.
Shortly before Christmas last year, Scotland's Herald reported that Frater said Christians need to "move on from the 'fanciful fairy tale' Nativity story and 'disentangle the truth from the tinsel." He said Christians need, instead, to "look for the symbolism in the Nativity," and that the virgin birth leaves people hung up."
A 1998 poll of 7,441 Protestant clergy in the U.S. show that Fraters beliefs are far from being a fringe belief. Among those who deny the virgin birth in various denominations are:
American Lutherans, 19 percent
American Baptists, 34 percent
Episcopalians, 44 percent
Presbyterians, 49 percent
Methodists, 60 percent
The Apostle Paul warned in II Timothy 3 about those "having a form of godliness, but denying the power thereof." He compared them to the heathen Egyptian priests who duplicated Moses miracle of turning his rod into a snake.
"Now as Jannes and Jambres withstood Moses, so do these also resist the truth: men of corrupt minds, reprobate concerning the faith. But they shall proceed no further: for their folly shall be manifest unto all men, as theirs also was."
This could be a perfect description of Jim Rigby who pastors St. Andrews Presbyterian Church in Austin, Texas. Two days before Christmas, Rigby celebrated the holiday by saying, "I dont literally believe the cadaver of Jesus got up again, but I do believe the resurrection actually happened when the disciples began to see 'Christ' in each other, and in everyone else as well."
He went on to mock the importance of salvation by pooh-poohing the reality of Hell, which Jesus spoke about far more than He talked about Heaven.
"God loves us very much, but mindless obedience is VERY important to God. So God decided to barbecue us eternally for the mistakes of our ancestors," Rigby wrote. "But God has a son named Jesus who asked God to abuse Him instead. And so God killed Jesus in our place. And we call this story the 'good news.'"
"All that matters is that we admit that we are worthless trash, but that Jesus likes us anyway. Oh, and we have to LITERALLY believe Jesus corpse got up... So, anyway, if you believe the 'good news,' your physical cadaver will get up too. Hopefully someone will remember where you are buried and come dig you up," he mocked.
This is the epitome of what Jesus warned about when he talked about "blind leaders of the blind" and warned that by claiming to speak for God they were making their listeners "two-fold more the child of hell."

Another essential Bible truth is that we are all individually responsible for our response to the Gospel. The Apostle Paul said "every one of us shall give account of himself to God."
Yet, now, 2,000 years later, Rev. Katharine Jefferts Schori claims to have more insight into this area then Paul, who talked with Jesus on the road to Damascus.
In her opening address to the Episcopal Churchs general convention recently, she said what Paul said about individual accountability amounted to "heresy."
Schori denied the teaching "that we can be saved as individuals, that any of us alone can be in right relationship with God." This "individualist focus," she declared, "is a form of idolatry."
Schori seems to have something against the Apostle Paul. She also seemed to advocate for demon possession. In a sermon in Venezuela, she said Paul did a sinful act by casting the demon out of a slave-girl.
"Paul is annoyed, perhaps for being put in his place, and he responds by depriving her of her gift of spiritual awareness," Schori said.
"Paul can't abide something he won't see as beautiful or holy, so he tries to destroy it. It gets him thrown in prison. That's pretty much where he's put himself by his own refusal to recognize that she, too, shares in God's nature, just as much as he does  maybe more so!"
By this logic, Jesus must have been a dunce for casting out the demons from the maniac of Gadara because, if he had just been as smart as Schori, Jesus would have realized the demons and the maniac were "sharing in Gods nature" more than He did. What nonsense from a so called "leader of the church".
While people espousing such teachings have always been around, they mostly didnt  try to claim they were mainstream Christianity, even going so far as to admit they were opposed to the Bible. However, the Apostle Paul had preachers like Schori, Rigby, Shuck and others perfectly pegged nearly 2,000 years ago.
And no marvel; for Satan himself is transformed into an angel of light. Therefore it is no great thing if his ministers also be transformed as the ministers of righteousness; whose end shall be according to their works. (II Corinthians 11:14-15)