Digital ID Will Merge Your Identity & Reputation Into Trust Scores 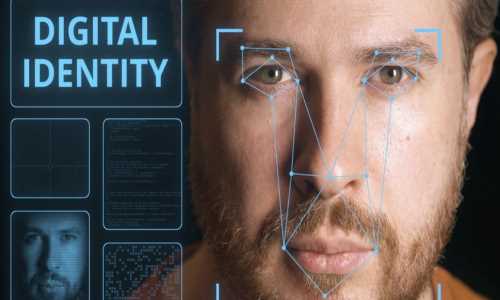 By Activist Post November 14, 2022
Share this article:
"Trust Scores" or reputational scores are aspects of having a digital identity that haven't been discussed much. By default, everyone who accepts a digital identity, whether decentralised or not, will receive a Trust Score.
With the introduction of trusted digital identities, social credit systems are reaching the West.
The tagline of many digital identity advertisements is "At the heart of all digital identity is trust." But what does that even mean?
One current definition of trust is that it is "a confident relationship with the unknown."
According to Mastercard:
"Digital identity is a collage of up-to-date digital data that defines an individual, dynamic, multipurpose, and reusable, a system for verifying information to establish eligibility to access a service, perform a task, or receive a benefit, resulting from a dynamic network of distributed, data sources (such as financial institutions, mobile network providers, governments) that verifies identity in real time."
Digital identity solutions are being rolled out under the title "Trusted Digital Identity", which enables people, businesses, and governments to have confidence in digital interactions.
At both ends of the interaction, digital identity is about establishing confidence and trust. Both parties must be confident that the other party is who they claim to be. Both require trust in the system that mediates the interaction.

As part of these digital identity systems, citizens are given an individual score based on their behaviors and actions, with non-state approved behavior potentially preventing citizens from doing basic tasks like buying a ticket if their trust score is too low.
Digital Identity and Attributes Trust Framework is what it is called. Framework for trust. The framework paves the way for a digital identity trust framework.
Matt Warman MP, Minister for Digital Infrastructure said:
"It has become increasingly important in this digital age to be able to establish trust, particularly online. This is the foundation thriving markets are built on. Having an agreed digital identity that you can use easily and universally will be the cornerstone of future economies."
"I want the trust framework to help facilitate a clear understanding between people using identity products, the organizations relying on the service and the service providers, letting each party know data is being used appropriately and kept safe." - he added.
According to Mastercard its about:
"A world where trust can be easily established, and people can be easily recognized in order to gain access to the services or experiences they desire."
With Onfido, another digital identity provider, again they run identity record checks, watch-list checks, and automated ongoing monitoring using a library of trusted sources of data.
Watchlist Checks? Yes Onfido's solution is "constantly drawing from multiple sanctions, politically exposed persons (PEPs), and other data sources."
The trust scores will be checked and recorded using AI and machine learning and permanently recorded on the blockchain. No recourse or complaint procedure is available.
We have heard the word Trust associated with digital identity and vaccine passports, but where else?
Remember the Trust Stamp program which was launched in late 2018? As part of the GAVI-Mastercard initiative "Wellness Pass", Trust Stamp's advanced digital identification technology was integrated.
The Trust Stamp was funded by Bill Gates and implemented by Mastercard and GAVI to link your biometric digital identity to your vaccination records. People who do not wish to be vaccinated may be locked out of the system based on their trust score.
MOVING FORWARD:
The Government of India's DigiYatra programme will facilitate paperless travel and eliminate multiple identity checks at the airport, enabling seamless and hassle-free travel. It is a Biometric Enabled Seamless Travel Experience (BEST) based on Facial Recognition Technology.
Since the DigiYatra Biometric Boarding System is integrated with the identity document, passengers will no longer need to show their tickets / boarding passes and their physical Identity cards at the checkpoints of the Airport.
Each passenger will need less than three seconds at each touchpoint, which will make the boarding process significantly faster and more seamless.
"Their face would act as their documents, like ID proof, Vaccine proof and act as boarding pass. At each checkpoint your trust score is examined by biometric face scans."
There is a lot of talk about reducing identity fraud, but what happens if you have a low trust score, what happens when you are refused services based on your trusted digital identity score? What happens if you become the victim of identity fraud and are no longer able to access so-called vital trusted services?
The default configuration of digital identity networks creates a threat like Matrix ID that brings together data such as risk associated with the identity, what is normal behavior and what is unusual behavior, and aims to create a trust score.
Trust ratings will most likely be a reincarnation or a revamped version of the Chinese Social Credit System. There will be a merger between digital identity and new social credit systems.
We are on the road to Beijing, and we should all be apprehensive.
Originally published at Activist Post - reposted with permission.