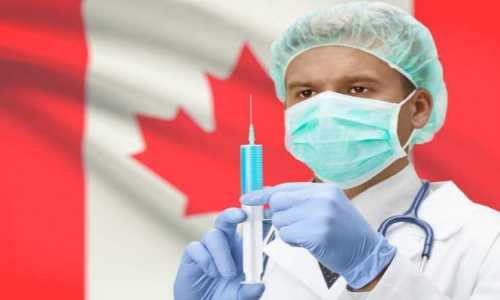 By Jonathon Van Maren/Bridgehead.ca December 03, 2022
Share this article:
"Canada's full-on embrace and glamorization of 'assisted suicide' for physically healthy people is one of the most dire and consequential things happening in the western world right now," Matt Walsh noted recently. "And it's not getting nearly as much attention as it should."
"Glamorization" is no exaggeration. While international watchdogs, European governments, and even the steel-stomached press react in horror to the drip drip of euthanasia horror stories coming out of Canada - including five veterans being proactively offered assisted suicide, the justice minister noting that assisted suicide could be available to those who cannot ask for it, and impoverished Canadians choosing lethal injections due to lack of resources - Canada's suicide activists and parliamentarians are forging forwards unapologetically.

In fact, the Quebec-based clothes retailer Simons decided to join the fray with a video titled "All is Beauty" or - embedded in the video itself - "The Most Beautiful Exit." The video tells the story of Jennyfer Hatch of British Columbia, a 37-year-old with chronic pain from Ehlers Danlos syndrome who decided to die by assisted suicide on October 23. The video was posted to Simons' shopping website and was intended to be an "inspiration."
Peter Simons, the chief merchant for the chain, stated that the video was an ambitious project: ""We really felt -- after everything we've been through in the last two years and everyone's been through -- maybe it would resonate more to do a project that's less commercially oriented and more focused on inspiration and values that we hold dear." One of those values, apparently, is assisted suicide.
The video is an overt glamorization of assisted suicide. "Last breaths are sacred," Hatch says.
Everything, says Hatch, is beauty. The video flashes through images of her as a child; of beautiful beaches and lush forests; of laughter with friends, and floating bubbles. Her suicide, too, she says, will be beautiful - "you just have to be brave enough to see it."
It is the same message as "dying with dignity" - to die with dignity, you must die sooner. To live bravely, choose death. But suicide with a smile and soft music is still suicide. It is still self-extinction. It is still death. But watching Hatch's video you might be persuaded, just for a moment - that it is beautiful.

Hatch's voice falls silent, and the short film ends with a dedication: "For Jennyfer. June 1985 to October 2022." Everything was beautiful - just not beautiful enough to convince her to stay.
This is glamorizing suicide. This is advertising self-extinction as wonderful. It is not just a beautiful exit - now, Hatch's video says it is the most beautiful exit. It is sending precisely the wrong message to those struggling, and wondering if suicide might be their best option.
As Dr. Jordan Peterson noted in response to Simon's video: "Death romanticism is very attractive to depressed adolescents, and very dangerous for that very reason." This is just one more example of filmmakers making suicide attractive, from Me Before You to Million Dollar Baby to Breathe.
We need more films that highlight the beauty of life - but not as an encouragement for people to kill themselves. The concluding message should not be that suicide is a beautiful exit. The conclusion should be a plea: Look around you. Please stay. Please don't go.
Originally published at The Bridgehead - reposted with permission.