Under The Radar, The Detransitioner Movement Is Surging 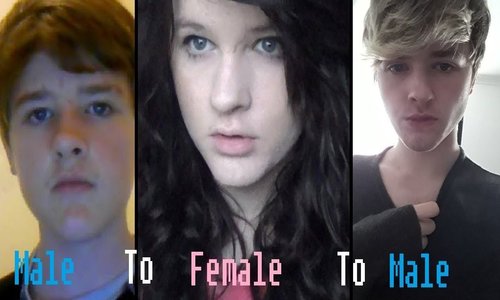 By Dan Hart/Washington Stand January 03, 2023
Share this article:
With the explosive phenomenon of gender dysphoria continuing to ripple across America's youth, a related but much less highlighted trend is simultaneously occurring -- a movement almost completely ignored by the mainstream media. New studies are now emerging showing that the "detransitioner" movement is far larger than what is commonly acknowledged, with detransition rates nearing 30% in some instances.
The phenomenon of "gender dysphoria" (the condition of being mentally distressed due to a perceived mismatch between one's gender identity and one's biological sex) has seen a colossal increase among children in the United States over the last five years.
A recent investigation by Reuters found that a minimum of 121,882 minors in the U.S. between the ages of 6-17 were diagnosed with gender dysphoria between 2017 and 2021, while admitting that this is probably an "undercount." In 2021 alone, they tallied 42,167 diagnoses, an almost 70% increase from the previous year.

But thousands of young women and men who once identified as the opposite sex -- many of whom attempted a "gender transition" by ingested drugs and undergoing elaborate surgical procedures to impersonate the opposite sex -- are now rejecting the transgender identity and are once again embracing their natural sex.
As reported by The Post Millennial, new studies are showing that the rate of individuals who detransition away from a trans identity is occurring at paces that far exceed what the legacy media is reporting. At the Re/Detrans Canada event held at York University in Ontario last month, researchers presented a number of studies that showed detransition rates ranging from 2% to almost 30%.
Three other studies from England show rates between 6.9% and 9.8%. Another yet to be published study of 774 young Canadians and Americans revealed that 16% had halted gender transition treatments, citing "health concerns, change in identity, and cost."
These rates contrast sharply with the "less than 1%" rate that is constantly trotted out by transgender activists and the media. As noted by The Post Millennial, other cultural indicators also point to a swelling detransitioner movement. Reddit, an online discussion forum that in early 2022 was the 9th-most-visited website in the world, has a "Detrans" chatroom (or "Subreddit") which currently has over 40,000 members.
Online accounts and testimonies of young women and men who have detransitioned from pursuing a gender transition opposite from their biological sex have exploded in the last five years, and distinct similarities are emerging from among many of these testimonies. While the causes for gender dysphoria are often complex and multifaceted, cultural and institutional influences beholden to a pro-transgender ideology have become primary contributors to the confusion over biological sex that is occurring among thousands of adolescents.
Here is a sampling of 20 testimonies from among the hundreds of detransitioners who have publicly shared their stories. The power that social media has to shape the minds of young people who have experienced abuse and are looking for affirmation is readily apparent in these accounts, along with the potent influence that medical and psychiatric professionals have in pushing their young patients down a path of gender transition drugs and surgical procedures that often create irreversible physiological harm.
Daisy Strongin spent seven years from age 15 to 22 attempting to transition from female to male. It began when she immersed herself on the internet due to depression from low self-esteem. "Chances are the kid who is spending 14 hours a day on the internet probably doesn't have a lot of in-real-life friends, and so they probably feel alienated. I mean, that's how I felt," she said. She soon discovered the world of "genderqueer" and "gender fluidity" on social media sites and began closely following "trans influencers." Strongin began getting testosterone injections and eventually underwent a double mastectomy.
Soon, however, she began feeling remorse for her decision. "It just got so hard to look in the mirror because I felt more of a disconnect between my mind and my body than I did before," she said. "I felt like I was in some kind of weird gender purgatory." She now rejects gender theory and gender identity, calling it "a scam." Strongin is now 24 and newly married with an infant son.

KC Miller began taking testosterone at 16 and underwent a double mastectomy only six months after starting the injections. She says that she was introduced to gender ideology through influencers on YouTube. After noticing that the testosterone treatments were causing severe hair loss, she decided to detransition. She now admits that "social contagion" played a role in convincing her to transition. "The more detransitioners that speak out, the more that will feel comfortable to come forward," Miller says. "We're going to see a huge wave."
Chloe Cole went on puberty blockers and testosterone at just 13 years old. She had been diagnosed with autism and ADHD at age 7 and spent a lot of unsupervised time online, where she was exposed to gender ideology. When she began questioning her gender identity, she was fast-tracked by medical personnel into transitioning, and her parents were pressured to sign off on it.
She underwent a double mastectomy at 13 and still suffers medical complications to this day five years later. Cole soon came to regret her decision and has now become a spokesperson to advocate for protecting children from undergoing transition procedures. She also launched a support group for detransitioners called Detrans United.
Helena Kerschner struggled with "depression, isolation, self-harm, an eating disorder, and suicidal thoughts" as a young teen. At 13, she was exposed to gender ideology through Tumblr. At 18 she began taking testosterone and soon began having fits of uncontrollable anger, eventually resorting to going to a psych unit where she was diagnosed with borderline personality disorder and psychosis. Seventeen months later, she decided to stop taking testosterone, and her symptoms immediately stopped. Kerschner noted that no medical professionals suggested that the hormones could be causing the symptoms.
Camille Kiefel experienced a traumatic event in her childhood, and she subsequently felt uncomfortable and vulnerable as a female and desired to look more androgynous. After being exposed to gender identity ideology in college, she began to identify as nonbinary, but not as transgender. "I struggled with severe mental illness and suicidal ideation," she says.
After only two appointments with mental health workers, they recommended she receive a double mastectomy. The procedure caused her to suffer from acute distress, and she is now suing the health care professionals for what she calls an "abhorrent misdiagnosis." "I just don't want what happened to me to happen to someone else," she says.
Grace Lidinsky-Smith described a euphoric feeling when she started taking testosterone. She soon went ahead and also had both of her breasts removed. But afterward, she described having "intense, suicidal despair." She eventually stopped taking hormones and started using her birth name again. "It became important to just accept myself as myself," she said.
Cat Cattinson began taking hormones and described it as "one of the better antidepressants I had taken." But after three months, her voice dropped dramatically. "Nothing was coming out except air and squeaks," she said. She soon stopped going to social events and singing onstage, which had previously been one of her passions. After believing that transitioning would solve her depression, she soon discovered that it actually made it worse. Cattinson was able to find an online community of detransitioners and stopped taking hormones.
Keira Bell grew up in a troubled home in the U.K. and didn't have very many friends in her adolescent years. She decided she wanted to be a boy at 15, but what she says was really going on was that she was "insecure in my body who had experienced parental abandonment, felt alienated from my peers, suffered from anxiety and depression, and struggled with my sexual orientation."
She went to a National Health Service clinic, which put her on puberty blockers at 16, testosterone at 17, and a double mastectomy at 20. "I was an unhappy girl who needed help," she writes. "Instead, I was treated like an experiment." After deciding to detransition, she sued the NHS clinic that treated her and won her case.