Is Britain On The Path To Becoming A Muslim Majority Nation? 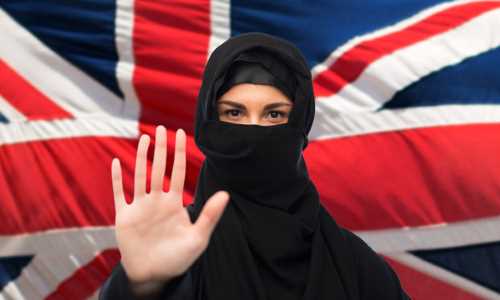 By Mohshin Habib/Gatestone Institute January 03, 2023
Share this article:
On December 1, 2022, Britain's Office for National Statistics released the latest 10-yearly census, carried out in 2021, showing that the fastest-growing population in England and Wales is Muslims. According to the census:
"For the first time in a census of England and Wales, less than half of the population (46.2%, 27.5 million people) described themselves as 'Christian'..."
"It's not a great surprise that the Census shows fewer people in this country identifying as Christian than in the past," the Archbishop of York, Stephen Cottrell, said in response to the findings, "but it still throws down a challenge to us not only to trust that God will build his kingdom on Earth but also to play our part in making Christ known."

The Muslim community in Britain reacted otherwise. Zara Mohammed, secretary general of the Muslim Council of Britain, said:
"Whilst the Census does look at religion, the lack of wider religion-specific monitoring prevents us from fully understanding how acute the issue of under-representation of Muslims is in British society.
"These initial figures give us an opportunity to now make meaningful change and create a better Britain for all."
In 2013, British journalist Vincent Cooper wrote: "By the year 2050, in a mere 37 years, Britain will be a majority Muslim nation."
The census taken 2021 has revealed that while fewer than half of people (27.5 million) in England and Wales now describe themselves as Christian, those claiming "No religion" rose by 12 points to 37.2% (22.2 million). Those identifying as Muslim rose from 4.9% in 2011 to 6.5% (3.9 million) in 2021. The next most common responses were Hindu (1.0 million) and Sikh (524,000), while Buddhists overtook Jews (273,000 to 271,000).

Religion seems a far more important part of life for Muslims than for other Britons: it appears central to their sense of identity. According to a report from 2006:
"Thirty percent of British Muslims would prefer to live under Sharia (Islamic religious) law than under British law.... Twenty-eight percent hope for the U.K. one day to become a fundamentalist Islamic state."
An article by Abdul Azim Ahmed, published by the Religion Media Centre in September 2021, admitted that within Britain all the divergent schools of Islam are present -- although Salafism has grown in recent years, particularly among younger Muslims.
Trevor Phillips, former head of Britain's Commission for Racial Equality and Equality and Human Rights Commission, found that the followers of Islam hold very different values from the rest of the society; many apparently want to lead separate lives. "Muslims are creating nations within nations," he said.
Professor Linda Woodhead, a leading academic, said of second-generation Muslim immigrants:
"Now British Muslims were finding their voice with Muslim MPs and confident young people entering higher education, mixing with the many different ethnic Muslim communities and creating a new cultural kind of British Islam with food, clothing, music, and creative places."
Muslims in the UK appear more religious than most other religious groups. While fewer Christians are becoming church members and appear to be losing their faith, describing themselves atheist and non-religious, most Muslims in Britain strictly follow their religion.
London shows the lowest share of non-religious residents, likely due to it having the highest percentage of followers of non-Christian faiths, including Muslims, who make up 13% of the area's respondents.

A 2015 report cites a survey by NatCen's British Social Attitude Survey:
"NatCen says the Church of England has been in decline for over 30 years and that decline appears to have accelerated over the last decade.
"In 2012, Muhammad had emerged as the commonest first name given by baby boys born in London. The name was also second commonest among new born mail babies across the UK and Wales the same year."
The Centre for Research and Evidence on Security Threats stated:
"Muslims have in some respects been more successful than others in the UK at passing on their religious beliefs and practices from one generation to the next. Higher rates of intergenerational transmission have been found among Muslims than among Christians, those of other religions, and non-religious people.
"Most Muslim children in the UK learn to read the Qur'an in Arabic, whether they do this at a daily mosque school, at the home of an independent teacher, in their own homes or even on Skype. In addition to the Qur'an and Arabic, many Muslim supplementary schools offer other aspects of Islamic Studies, as well as formal instruction in an ethnic language and culture."
The question is: What teachings are the Muslims across the world, including in the UK, receiving from studying the Quran? The Quran does not tolerate any polytheist, pagan, idolater or atheist -- the latter a group now increasing in Britain, according to the census.
Originally published at The Gatestone Institute - reposted with permission.