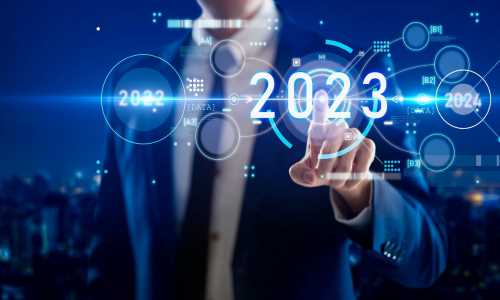 By January 03, 2023
Share this article:
There is a growing consensus that 2023 is going to be a miserable year for the U.S. economy and for the global economy as a whole.
In fact, in all the years that I have been writing I have never seen so many big names on Wall Street be so incredibly pessimistic about the coming year.  Of course much of that pessimism is due to the fact that 2022 went so poorly.
The cryptocurrency industry imploded, trillions of dollars in stock market wealth evaporated, inflation became a major problem all over the industrialized world, and a new housing crash suddenly erupted.
Considering all of the pain that we have experienced over the past 12 months, it is only natural for the experts to have a negative view of 2023.  The following are 11 ominous warnings that they have issued for the year ahead...

#1 The IMF: "We expect one-third of the world economy to be in recession. Even countries that are not in recession, it would feel like recession for hundreds of millions of people"
#2 Bloomberg: "Economists say there is a 7-in-10 likelihood that the US economy will sink into a recession next year, slashing demand forecasts and trimming inflation projections in the wake of massive interest-rate hikes by the Federal Reserve."
#3 The World Bank: "As central banks across the world simultaneously hike interest rates in response to inflation, the world may be edging toward a global recession in 2023 and a string of financial crises in emerging market and developing economies that would do them lasting harm, according to a comprehensive new study by the World Bank."
#4 Bank of America CEO Brian Moynihan: "We're going to have a shallow recession"
#5 Mohamed El-Erian: "Many 'high-conviction' U.S. recession calls are immediately coupled with the assertion that it'll be 'short and shallow.' Reminds me of the behavioral trap 'transitory inflation' proponents fell into last year"
#6 Nouriel Roubini: "No, this is not going to be a short and shallow recession, it's going to be deep and protracted"
#7 Larry Summers: "My sense is that it's much harder than many people think to achieve a soft landing"

#8 Goldman Sachs CEO David Solomon: "Economic growth is slowing," Goldman Sachs CEO David Solomon said at the same conference. "When I talk to our clients, they sound extremely cautious."
#9 Charles Schwab & Co.'s Liz Ann Sonders: "We have to take our medicine still, meaning a weaker economy and a weaker labor market. The question is, is it better to take our medicine sooner or later?"
#10 BlackRock: "Central bankers won't ride to the rescue when growth slows in this new regime, contrary to what investors have come to expect. They are deliberately causing recessions by overtightening policy to try to rein in inflation"
#11 Michael Burry: "Inflation peaked. But it is not the last peak of this cycle. We are likely to see CPI lower, possibly negative in 2H 2023, and the US in recession by any definition. Fed will cut and government will stimulate. And we will have another inflation spike. It's not hard."
As you can see, there is a general consensus that things will be bad in 2023, but there is disagreement about just how deep the coming economic downturn will turn out to be.
If the worst of these forecasts turn out to be accurate, that will actually be incredibly good news.
Because the reality of what we will be facing in 2023 is likely to be significantly worse than any of these experts are currently projecting.
With each passing day, we continue to get even more numbers that indicate that big trouble is ahead.
For example, we just learned that luxury home sales absolutely cratered during the months of September, October and November...
Sales of luxury homes fell 38.1% year over year during the three months ending November 30, 2022, the biggest decline on record, according to a new report from Redfin, a technology-powered real estate brokerage. That outpaced the record 31.4% decline in sales of non-luxury homes. Redfin's data goes back to 2012.
The luxury market and the overall housing market lost momentum in 2022 due to many of the same factors: inflation, relatively high interest rates, a sagging stock market and recession fears.
We haven't seen anything like this since 2008.
And we all remember what the housing crash of 2008 ultimately did to the financial markets.

Normally, the beginning of a calendar year is a time for optimism.  As we look forward to a completely clean slate, it can be easy to forget the difficulties of the previous 12 months.
But this year things seem completely different.
On some level, just about everyone can feel that very challenging times are ahead of us.
Decades of very foolish decisions are starting to catch up with us in a major way.
Our leaders tried very hard to keep the party going for as long as possible, and to a certain extent they were quite successful in doing so.
Our politicians in Washington kept borrowing and spending trillions upon trillions of dollars that we did not have, and that definitely delayed our day of reckoning.
And the Federal Reserve kept the financial markets artificially propped up for years by endlessly pumping giant mountains of fresh cash into the system.
But such foolish measures only made our long-term problems even worse, and now our leaders are losing control.
All of the "mega-bubbles" are starting to burst, and the system is beginning to fall apart all around us.
It is time to turn out the lights, because the party is over.
We all had a lot of fun while it lasted, but now the bill is due and an extraordinary amount of pain is ahead.
Originally published at The Economic Collapse Blog - reposted with permission.